Who's Afraid of the Big, Bad General Election?
Find a therapist
Find a coach
Join as a practitioner
Log in/register 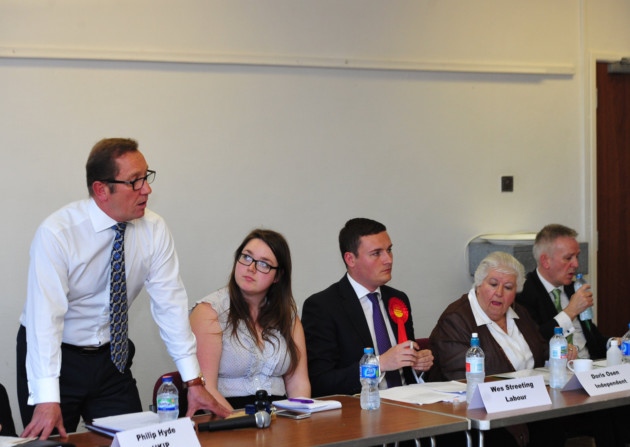 Who's Afraid of the Big, Bad General Election?

Thursday’s general election is unavoidable at the moment. As we get nearer to Thursday’s polling day, the media coverage gets heavier, the red/blue/orange/purple/yellow posters around the neighbourhoods get bigger, and the anxiety over just what we will wake up to on Friday morning builds and builds to a frenzied peak.

Many therapists say that what happens in society ends up in the consulting room. Suzanne Otto, a CBT therapist and qualified Integrative Counsellor in Surrey says: “I have observed that clients experiencing symptoms of depression or anxiety are more likely to avoid listening to the news as they do not want to hear of disasters or bad news that they have no control over. Now with the election looming they describe the way each party presents their ideas as confusing and frustrating.This may lead them to express hopelessness which has then led to avoidance, in an attempt to avoid an unnecessary stress”.

People respond to authenticity. This is a lesson that most politicians, with some exceptions, seem unwilling to learn.

Sue Cowan-Jenssen, an integrative therapist and UKCP member in North London, however, has not noticed anything similar. “My clients – who range from professionals to students, from stay at home mothers to freelance artists and writers - are remarkably unengaged with this election. There really is disillusionment with any of the major parties delivering significant change in their areas of concern such as the health service, housing or climate change. Politicians seem reluctant to talk ‘off script’ and the result is that they sound inauthentic. People respond to authenticity. This is a lesson that most politicians, with some exceptions, seem unwilling to learn”.

Evija Melberga, a BACP member who trained in psychosynthesis, sees her clients in Canada Water and London Bridge, so it does include, as she says, “some City boys". Even so, they have not really talked to her about the election. "But that could be because they know I am foreign - I came 16 years ago from Latvia. I had one mention UKIP and then quickly say: 'But they are completely mad!'”

Anne Robertson is a person-centred counsellor seeing clients in Glasgow, both privately and through the non-profit Tom Allen Centre. Scotland may be the focus for the media’s obsession with Nicola Sturgeon and the SNP effect (because of the independent party’s possible role in a coalition) but as far as her sessions are concerned, “people are only worried as to how politicians’ actions will have an effect on their own access to mental health care”.

Austerity cuts are having a “profoundly disturbing” impact on people’s psychological wellbeing and the emotional state of the nation.

But whether or not candidates and political arguments colour the actual therapeutic session, professionals who work in mental health know that the winners of the general election control the destiny of many. Only a couple of weeks ago 442 therapists, counsellors and mental health professionals wrote a letter to The Guardian, expressing their brief that austerity cuts are having a “profoundly disturbing” impact on people’s psychological wellbeing and the emotional state of the nation.

They believe that there was an “intimidating disciplinary regime” facing benefits claimants amounting to “get to work” therapy and were both damaging and professionally unethical. The consequences of increasing inequality and poverty, families being moved out of their homes and new systems determining benefit levels were part of “a wider reality of a society thrown completely off balance were “most visible in the therapist’s consulting room”.