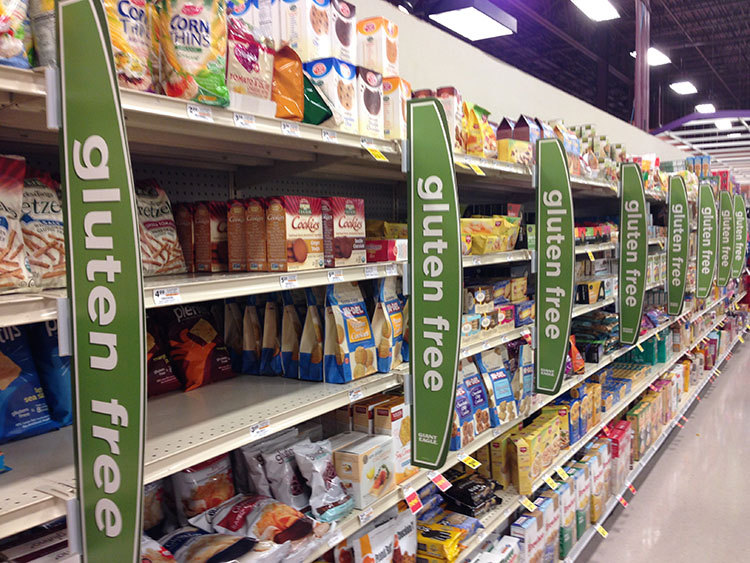 There are many valid reasons to go gluten free. If you’ve been diagnosed coeliac, you could die if you carry on eating biscuits, pasta, and bread. However, you don’t need to have full-blown coeliac disease to access some very big gains from going gluten free.

It has now been recognised that many people – up to a third of the northern European population – may be sensitive to gluten, a protein found in grains such as wheat, rye, and spelt. The high-yielding wheat varieties grown today are thought to be particularly hard to digest, especially if you have certain genes - e.g. HLA-DQ2 or DQ8.

If you are one of these people (you could find out on 23andme.com), and have developed what is now called ‘non-coeliac gluten sensitivity’, one hoop of your kids’ leftover pasta, or a grain of bread in a Caesar salad could cause you trouble. ‘Trouble’ can go from any of these: from headaches, abdominal bloating, irregular stool movements, wind or heart burn to a stuffy nose and joint pains. In fact a spectrum of 55 disorders have been linked with eating gluten – from mouth ulcers and recurrent miscarriages to rheumatoid arthritis and hair loss.


If gluten really has been at the root of your issue, you may see positive results within weeks.

So you can see why so many people are starting to experiment with cutting out gluten from their diet. If gluten really has been at the root of your issue, you may see positive results within weeks. In my clinic I’ve seen chronic and debilitating heart burn which has affected work and sleep for months, clear up in three days after being removed. I’ve seen life-long adult acne improved in six months, and five-year so-called “IBS” symptoms clear up in two weeks by junking bread and pasta. Clearly, in these cases, non-coeliac gluten sensitivity was very much at play.

So now I’m going to come to a very big caveat. Do not replace your usual gluten foods with gluten-free alternatives. It may seem like the obvious thing to do. Instead of toast for breakfast, you might buy a GF bread instead. Or you may think buying GF biscuits is fine. You go to the supermarket and just head to the “free from” aisle and load up on GF pasta. Right?

No. This is the worst thing you can do. Foods marketed as gluten-free are often loaded with alternatives which may be even worse for you. Many people cut out gluten and find their symptoms do not improve. This is because if you are sensitive to gluten, you may have developed a sensitivity to other grains too.

Foods marketed as gluten-free are often loaded with alternatives which may be even worse for you.

This often happens when your gut is disturbed and it can’t tell the difference between the proteins in wheat or other grains either any more. So for instance, a person who can’t tolerate gluten, may often be unable to tolerate corn, rice, soya, buckwheat, or soghum. What’s soghum, you may be asking? It’s the grain often used to make gluten free beers. Notice that many of the foods I’ve just listed are most commonly used in GF foods.

I went to a high street health food store this morning and noted the ingredients in a GF bread. It contained maize starch (i.e. corn), rice flour, buckwheat, and soya It also contained a pile of sugar – “sugar beet syrup” – which isn’t terribly good for your weight or bloating either.

My advice is, if you want to see if you really are gluten sensitive, you need to junk the gluten-free commercial junk food too.