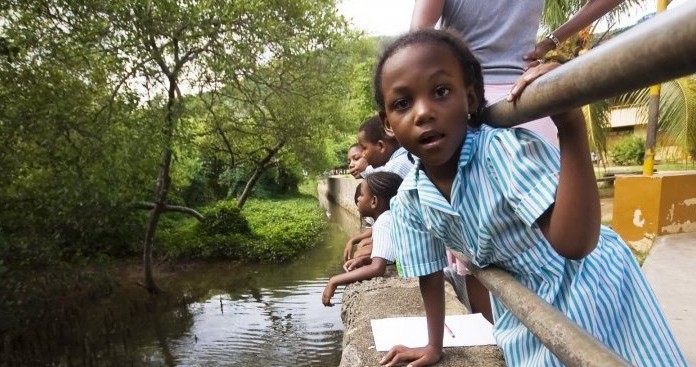 The generally endorsed truth that children’s intelligence is influenced by their environment has provided fertile ground for theories of how to increase a child’s success. No longer are intelligence and talent located in fixed genetic material; instead, these are recognised as characteristics that develop over decades.

Recent fads for sure-fire ways of fostering successful brain development include the “Mozart effect” – whereby IQ improved (only temporarily) by 8-9 points after 10 minutes exposure to a Mozart sonata – and, more recently, the "tiger parent" syndrome which simplifies complex research about the importance of persistence and practice over innate ability, and has now gained a stranglehold over the parenting psyche.

The stakes in these brain success theories are high, and parents engage with them on a daily basis as they consider how to praise their child: current advice is to praise a child’s hard work rather than her or his talent or intelligence, and what to monitor: current theories suggest that the most important indicator of future success is impulse control, or willpower.

There is strong evidence underpinning this focus on effort and willpower. A child’s intelligence and talent are likely to improve when she sees that her own efforts make a difference to her performance (whether in sport, in maths, in drawing); similarly, a child’s belief in her natural ability (and her assumption that ability is something fixed, something she was born with) is likely to inhibit performance – a result partly of complacency (“Why do I need to work if I am naturally smart?”) and partly of fear (“If I test my ability by going outside my comfort zone, I may be revealed as not being so smart after all.”) But we are in danger of shunting aside other important developmental facilitators. The most serious omission from all new theories about the role of impulse control and conscientiousness in brain success is the cluster of curiosity and playfulness and probity that some psychologists have called mind hunger.

Self-discipline on its own is dry and dull, particularly when enforced by a parent’s tiger will and without empathy, curiosity and delight in a child’s own feelings.

Willpower and conscientiousness do affect success, but hard work requires a very special engine. Achievement is built on self-discipline, but self-discipline on its own is dry and dull, particularly when enforced by a parent’s tiger will and in absence of empathy, curiosity and delight in a child’s own feelings.

Mind hunger involves mental agility, or eagerness to explore different ways of look at things; it involves a liberated curiosity in which the child’s mind is led by its own rapid-firing and perhaps half-formed questions; it involves trust in one’s own views and interpretations of one’s own experience.  A focus on willpower and hard work may yield good results in school performance; but the costs to imagination and delight may be high.

A tiger parent focuses on hard work and good results – and “good” is conceived in competitive terms, meaning better than others. This generates stress because the demands are set externally, by the parent, and being closely and critically monitored is stressful.  It is also stressful because success rests on comparisons with others’ abilities, over which one has no control.  Throughout childhood and adolescence neurological research shows that the brain systems develop more slowly under stressful conditions.  From a clinical standpoint, too, micro-control by a parent can generate destructive self-distrust in a child. The psychoanalyst Alice Miller coined the term “poisonous pedagogy” to expose the underlying cruelty in the conviction that a child’s will is something to be configured and managed according to a parent’s wishes.

Second, when parents or teachers emphasise hard work and self-discipline at the expense of imagination, play and delight, the ensuing exhaustion depletes a child’s curiosity.  Some children describe “blinkers” being slotted into their minds as they manage the demands thrust upon them. They narrow their focus to meet narrowly defined standards (of a test, for example) and shunt aside questions and puzzles and observations that only the agile and unselfconscious mind pursues.

From a clinical standpoint, micro-control by a parent can generate destructive self-distrust in a child.

Willpower and conscientiousness are indeed crucial pillars of achievement; but the hold these concepts have now taken on the popular imagination, its momentum in shaping public and educational policy and guiding parents, threatens to crowd out a characteristic that is of equal importance.  Omission of mind hunger from any model of achievement puts our children’s development at risk.

Eleanor Roosevelt once said, "I think, at a child's birth, if a mother could ask a fairy godmother to endow it with the most useful gift, that gift should be curiosity."   In some ways this is a wasted wish, because very young children’s minds are infused with curiosity.  Babies have been called “scientists in the crib” for good reason: whether waking or sleeping, they are assimilating, exploring and constructing an understanding of how their new world works. The challenge is to sustain this.

And how do we do that in the face of brain success theories that harken back to the rule book of the Victorian nanny?  The answer will probably come as a relief to many parents. Yes, encourage them to work hard, and show them how their abilities improve as they put in hard work. But it is equally important to provide time free from intrusive monitoring, and to feed and foster mind hunger through play, delight and the benign neglect that signals trust.

Do the experts get parenting right?

7 things we should be teaching our children