How Do I Know Who I Really Am?
Find a therapist
Find a coach
Join as a practitioner
Log in/register 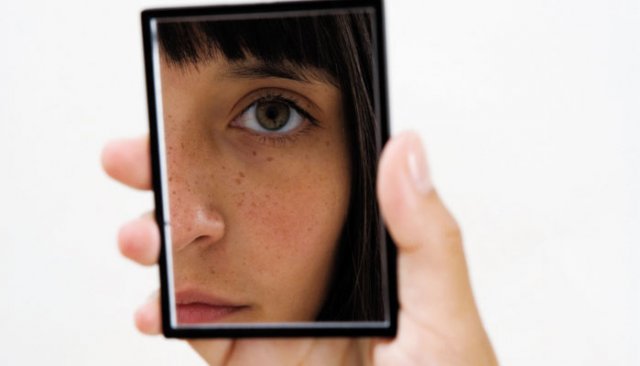 How Do I Know Who I Really Am?

Sophie is a thoughtful, kind, intelligent and talented young woman of 33. She has a settled and happy relationship with her boyfriend of many years, a large group of friends, close relationships with her family and a job as a solicitor that more than pays the bills. She can’t understand why she feels so unhappy and lost, but knowing that she is both, she comes to therapy in an attempt to. In many ways Sophie expresses an issue that commonly presents in therapy: a struggle to really know who she is, underneath all that she does.

Once I got to know Sophie better, it made more sense to me why she felt so ‘lost’ and out of touch with herself: she learnt to compromise her needs at a very young age. Sophie is the eldest of three girls and when she was eight and her youngest sister barely two, Sophie’s father left the family home and soon re-married and had two more children. Sophie’s mum coped well with her devastating loss, but this partly involved leaning on Sophie, who stepped up to help her care for her siblings. Sophie also became mum’s confidante, taking on some of mum’s worries and grief. And being the trusted and reliable eldest daughter also came to include succeeding at school and generally ‘being good’. Sophie didn’t want to upset mum any more than she had been.

Roll on the years and it’s no wonder that Sophie lost contact with her own needs and desires - they were repeatedly put aside for the sake of her family, and then for others outside of the family - friends and colleagues, even strangers. She had lost the practice - or skill perhaps - of tuning inwards to assess what she was feeling in situations. She eventually lost contact with her feelings entirely. Through our conversations, Sophie increasingly realised how much she had sacrificed her needs over the years, and how much she unwittingly continued to. This included realising that she never really wanted to study law at all - let alone become a lawyer - but also that she made many other compromises, big and small: saying ‘sorry’ when she didn’t mean it, saying ‘yes’ to things she knew she wouldn’t enjoy or had little time to do. She even lacked future dreams and ambitions.

How did therapy help?

It helped Sophie to connect her behaviours up with how her past influenced them. Insight can be enormously helpful but often, in my experience, it isn’t enough to make lasting change to behaviours. The hard work for Sophie involved two big hurdles: one was to practice slowing down her automatic responses to many situations in order to create a space for reflection; and then to linger long enough with her inner experiences, with a compassion for her own needs - rather than succumbing to the temptation to ignore them.

So, for example, we worked on Sophie’s inclination to say ‘yes’ automatically. When the temptation arose, Sophie learnt to press the metaphorical ‘pause’ button, and check in with herself to discover if she actually wanted to say ‘no’. At first it was difficult for Sophie to unpick this, but using clues from her body helped her gain confidence - signs of stress usually meant a ‘no’.  It took even longer for Sophie to then try to ease her own stress - ie to give herself the kindness she would easily give another who said ‘no’ to her.

Over time - and for Sophie this took a few months in therapy - Sophie gained confidence in tuning into the self that existed underneath her boundless generosity and kindness. She took up a Fine Art course in her spare time, and when we finished working together, she had applied for part-time work with a view to pursuing art more seriously: not only had she identified her creative self but she valued it enough too. While Sophie continues to work on herself in this way, and occasionally gets ambushed by old patterns of behaviour, her most valuable learning was that it is ok to include herself when weighing competing feelings up.

Co-dependency, authenticity and saying no

Why we need healthy boundaries

How to be assertive and set healthy boundaries

Giving yourself permission to say no