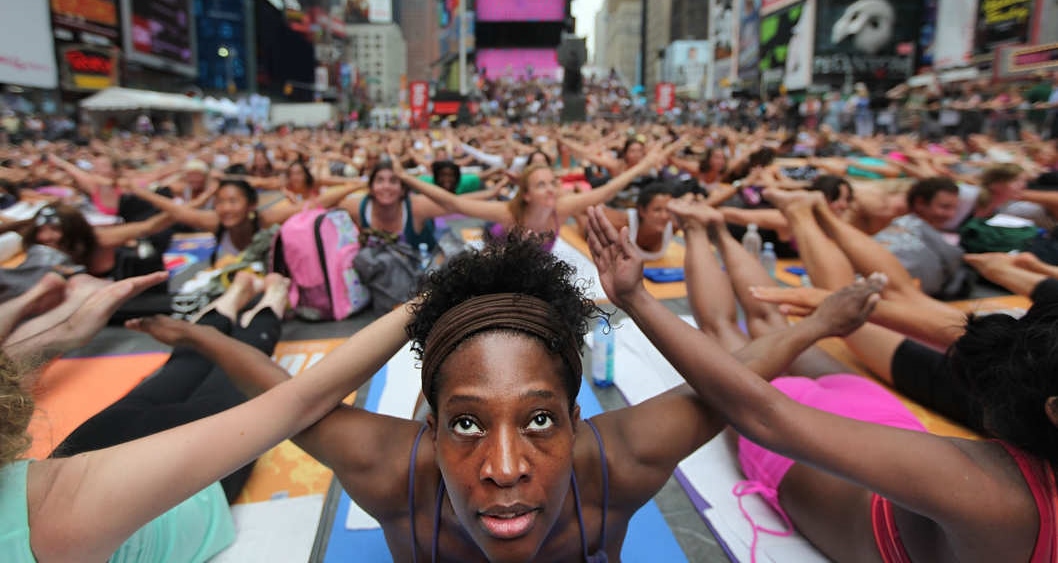 Celebrate the International Day of Yoga

Sunday June 21 has been declared as the International Day of Yoga by the United Nations with the support of the UK and 176 other countries. The Prime Minister of India Narendra Modi had called for yoga to be internationally recognised, in order to celebrate the effects this ancient Indian tradition has upon the mind and body.

The world was keen to listen to his message. Wherever you turn at the moment, you will find someone stretching out into downward dog or covering a nostril for pranyama breathing. Yoga has become fashionable partly because of its celebrity following which seems to particularly value the muscle-defining transformation a regular yoga practice can have on the body. But its popularity is also because of the way the mind is calmed by this physical, mental and spiritual practice. In some ways it is the physical manifestation of mindfulness meditation, and the two are often offered in the same studios.

There are very many kinds of yoga, and it can be difficult to know where to start if you want to try some out. It’s probably best to start with the most basic style, hatha, which Lucy Greeves, who wrote an A-Z of yoga for welldoing, describes as the “vanilla ice cream of yoga styles”. That is not to say that it is not a good yoga practice; many yogis still swear by its simplicity. It will help make your body flexible and strong; it will also improve posture and balance.

Iyengar yoga is more formal and teachers insist on exact alignment. It is not a yoga practice of sweeping movements, but those who stay with it are armed with a rigorous practice that gives enormous self-discipline and rigour.

For someone wanting a more dynamic workout, Ashtanga, which is very fluid and aero-dynamic, is a good bet. There are set patterns of postures which are done in a particular order. You may have heard of Salutation to the Sun, but there are many others. Some classes are led by teachers; Mysore is an early morning class in which individuals practice in their own space, with very little interaction. Ashtanga is less about the spiritual, and more about the yoga-selfie. There are many other types of yoga: you can find more of our yoga content here

More than 30 yoga and cultural institutions all across the country are celebrating the International Day of Yoga. It will be launched in London on June 21 by the High Commission and the Government of India Tourist Office at an event organised in collaboration with the British Wheel of Yoga, Sivananda Vedanta Centre and Art of Living Foundation.

The event will be held at Bernie-Spain Garden, close to the OXO Tower on South Bank, London from 09:00am to 14:30pm. Suitable for all the family and abilities, the day is free to attend and will provide yoga sessions taught by some of the yoga world’s most inspirational instructors and will include the following classes: