What is Iyengar yoga?
Find a therapist
Find a coach
Join as a practitioner
Log in/register 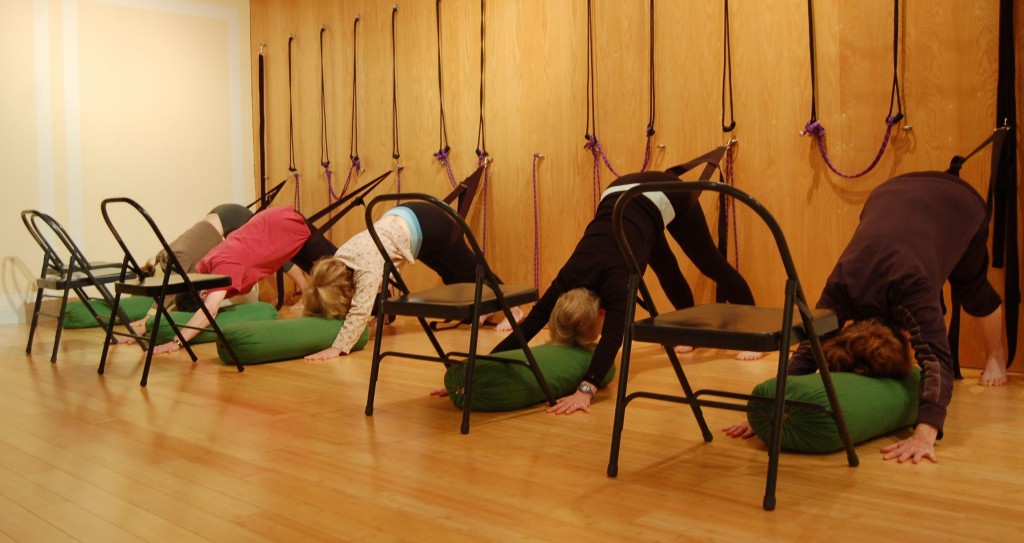 What is Iyengar Yoga?

Bellur Krishnamachar Sundararaja (BKS) Iyengar is the best possible advertisement for the yoga movement he founded. At the age of 95, he still practises regularly; anyone who thinks they are “too old for yoga" should take inspiration from recent photographs of BKS in postures he first learnt 80 years ago.

Iyengar studied for a few years with Krishnamacharya, the founding father of modern postural yoga, before founding his own yoga school in Pune while still in his teens. He had been a sickly child, surviving malaria, typhoid and tuberculosis, but yoga made his body and lungs strong. His books are illustrated with numerous pictures of Iyengar that showcase both his extraordinary technique, and his distinctive physique: barrel chest, skinny calves, hyper-flexible shoulders, a stern and rather beautiful face. Early photos of Iyengar glow with a serene but implacable determination. Like the guru himself,

Iyengar yoga was one of the earliest distinct styles of yoga to become popular in the West. Among BKS Iyengar's famous students were the philosopher Jiddu Krishnamurti, writer Aldous Huxley and violinist Sir Yehudi Menuhin, who sponsored Iyengar's first teaching tour in Europe in the 1950s.

What happens in class?

Iyengar yoga is all about alignment: rather than demonstrating the posture and letting the students copy, Iyengar teachers give extensive and precise verbal instructions, as well as hands-on corrections. There is no single set sequence, as in Ashtanga or Sivananda yoga; instead, a wide range of around 200 asana (postures) drawn from classical yoga, to be taught in recommended sequences and progressions. Each posture is held for a given number of breaths, and separate pranayama (breathing exercises) are also taught. Almost every Iyengar studio has a bulging store cupboard full of props: blocks, blankets, straps, ropes and various curved supports. These are used to help students achieve each pose comfortably, and to hold the body in correct alignment.

The pace of an Iyengar class is measured, compared to the relentless momentum of a flowing style like Ashtanga. There's plenty of time to set yourself up in a pose then experience the subtleties of breath and body. But classes can be very strong, too: most studios offer graduated levels of difficulty so that students can move up as they grow more proficient.

BKS Iyengar is a great systematiser. Over the course of his 80-year career, the asana and pranayama practices that make up Iyengar yoga have been thoroughly mapped out and analysed in detail. And the teacher training and certification process is as precise and structured as the practice: Iyengar teachers all undergo a rigorous 2-year initial certification, then have the option to continue to four further levels of formal training, culminating in 'Senior Advanced' certification. You're generally in very safe hands when you take up Iyengar yoga.

Iyengar is brilliant for beginners. There's very little risk of injury (as long as you're sensible), and the use of props means that everyone can achieve some semblance of the 'correct' pose right from the off. If your cardiovascular fitness is low, but you want to build up strength and stamina, it's a good choice. You won't get out of breath but you will get more powerful and increase your lung capacity.

For the same reasons, it's great for those recovering from injury, or for more experienced students from other schools of yoga who want to work on their alignment and learn how to stay safe in advanced poses.

It's worth noting that BKS Iyengar's mantle has passed in large part to his daughter, Geeta Iyengar - a key figure in women's yoga. Since the 1960s she has pioneered the teaching of yoga for women and by women As a result, Iyengar yoga has a more progressive approach than some other traditional schools, as shown by its willingness to adapt yoga asana  - originally designed by men, for men - to suit women's bodies.

Personality-wise, the typical Iyengar student is someone who values clear boundaries, likes to follow instructions and enjoys a structured environment where progress is easy to measure.

Iyengar is one of the safest forms of yoga, and because the use of props means that postures can be endlessly modified, it is incredibly inclusive. Just don't wander into an advanced-level class if you are a complete beginner.

The Iyengar teaching style can sometimes seem a bit unsmiling and rigid. If you like a looser, more spontaneous yoga class where you have room to improvise, then you'll probably chafe at the discipline. But in my opinion, there isn't a yoga student in the world who wouldn't benefit from at least a handful of classes with a really good Iyengar teacher. Iyengar isn't my 'thing', but I have spent some time with it in the past and I value the experience enormously. Besides, all of my favourite yoga teachers have some Iyengar experience in their background; it's a great foundation, whatever you go on to do later.

What will it do for me?

According to Iyengar, his style of yoga has therapeutic benefits for a wide range of conditions, including arthritis, sciatica, hypertension, diabetes and asthma. There is little conclusive evidence from clinical trials, but given the low risk of further damage it looks worth a shot - just check with your doctor first.

This steady form of yoga, with its emphasis on correct skeletal alignment and breathing, is a good bet if you're looking for improvements in posture and balance, a stronger body (particularly the legs and thighs, in my experience!) and better stress management.

Click here to buy: Yoga: A Gem for Women