OCD: A Relapse Won't Take You Back to Square One
Find a therapist
Find a coach
Join as a practitioner
Log in/register 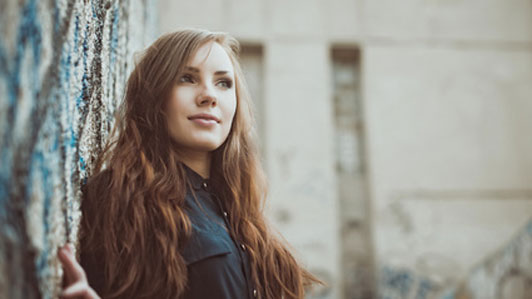 OCD: A Relapse Won't Take You Back to Square One

In a particularly pertinent episode of The Sopranos, Tony Soprano eats at an Indian restaurant before dreaming that he has a terminal disease and six months to live.

In the dream, Tony tells his friends that he’s going to kill himself instead and they applaud his bravery and express their appreciation, as he’ll be sparing them countless visits to the hospital.

He covers himself in gasoline and his friend, Paulie, lights a Zippo. Tony’s cousin Christopher then asks: “What if these doctors are wrong?” It’s too late and Tony goes up in flames.

He wakes up from his dream and tells his wife, Carmela, that he’s depressed and that life is “a big nothing”.

Except he’s not depressed - he runs to the toilet with extreme diarrhoea and vomiting and it becomes clear he’s just got food poisoning.

In May this year, it had been two years since my OCD-related ‘breakdown’ (quick recap: shaking, sweating, unable to eat, bedridden, terrified, maniacal).

Although I was aware it had been two years, I wasn’t engrossed in it, unlike its ‘anniversary’ the previous year, when I found myself marking the exact date that it had happened and worrying about potentially relapsing.

Instead, I was calm. Everything was lovely - I’d had no relapses, spikes or otherwise, despite there being plenty of opportunities for any of those to happen. I had married my now wife, moved from London to Cardiff, left my full-time job to go freelance. I’d been broke, stressed, lonely and lost, but my mental health had remained stable.

In May this year, I was sitting on the sofa with my wife. We were eating dinner and watching TV, as we do almost every other night - and then it hit me.

I hadn’t been ruminating, obsessing or worrying, but for some reason, I had an immediate, gut-wrenching physical response to something I wasn’t even aware of. Suddenly, I was dizzy, sick to my stomach and terrified, exactly as I had been before.

And that’s when I thought of Tony Soprano… Desperately, I attempted to convince myself that I had some kind of stomach sickness - that it wasn’t all “a big nothing”, that I was just physically ill. Okay, Tony has depression and I have OCD, but you get the point.

Physical symptoms of anxiety can include numbness, dizziness, chest pain and stomach upsets - and because of the physical reaction, it’s often hard to tell whether it’s your body or your mind playing up.

Unfortunately, I hadn’t done a Tony Soprano and in this instance, it was my mind - something had snapped upstairs and I was physically responding to it.

The good news is, I was far more equipped to handle it the second time around. I knew not to ruminate or obsess about what was worrying me (which, absurdly, was the thought of being worried and having a breakdown again... yep, I was worried about worrying).

I didn’t engage with my thoughts and remained as calm as possible. I carried on as normal and tried my best to keep my mind occupied with the things I most enjoy (horror films, wine and pizza).

And after a few days, I started to feel better. Spikes and relapses are going to happen, but I can deal with it, hopefully. And if I’m lucky, it’ll just be food poisoning.