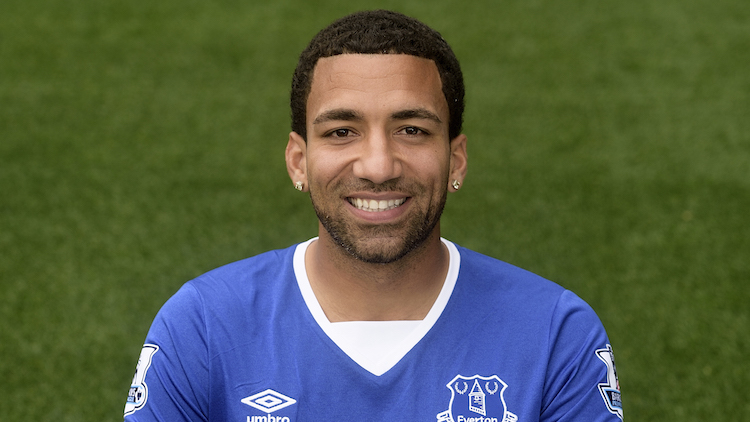 Aaron Lennon and the Fight for Mental Health

On Sunday 30-year-old Everton winger Aaron Lennon was detained under the Mental Health Act after police became concerned for his welfare on a busy road in Salford; he is currently receiving treatment in hospital for a stress-related disorder. He has no previous history with mental illness. According to the Professional Footballers' Association, the number of players seeking support for mental health issues is soaring; last year 165 members contacted the PFA, resulting in 655 counselling sessions. These numbers have been rising since the support service was launched in 2012.

The service receives referrals from clubs, concerned partners, and the players themselves. Most of those referred show symptoms of depression, stress, anxiety, and issues around anger. The PFA lists anxiety around change - in management, moving teams, stress and insecurity over contracts, pressure surrounding performance and anger and isolation after retirement as the key reasons that a footballer may experience poor mental health. Footballers also inhabit a fiercely competitive environment and perceptions that they are 'lucky' to be living a 'perfect' life are isolating. Over-investment in performance as an indicator of self-worth leaves players vulnerable to harsh self-criticism and poor self-esteem.

Therapist Wendy Bristow comments, "For footballers in the public eye, who are seen as ‘heroes’ on the field and living charmed lives off it, it is especially hard to reveal the cracks in the façade which, after all, is only a façade. Plus the pressures associated with always having to be a ‘hero’ can deepen those cracks. If one in four of us will experience some mental health issues in our lifetimes, it stands to reason that one in four footballers will too".

Clarke Carlisle, a former Premier League defender who attempted suicide while struggling with poor mental health, wrote about his experience in The Times. He recalls shutting himself off from help: "When I was going through my situation, I knew what support mechanisms were out there but I was so poorly that I was totally introverted. That is why these illnesses are so dangerous, because they force you to disengage. That is the total opposite of what you need to do".

Sadly, Aaron Lennon fits into a high-risk demographic. Black, Asian and minority ethnic communities in the UK are being let down. Members of these communities are more likely to be diagnosed with a mental health issue, more likely to experience poor outcomes from treatment and more likely to disengage with mainstream services. Stigma around men and mental health is also rife and many men still suffer in silence. In 2015, just under 5,000 men committed suicide in the UK and the Republic of Ireland. Suicide is the biggest killer of men under 45 and last year saw numbers peak in young black males between 30-45. Welldoing.org therapist Karen Pollock comments on the notion of 'toxic masculinity': "Whilst I understand the intent of this phrase I am not sure it's masculinity which is toxic, rather it is those impossible 'shoulds' which are imposed on us from birth. Too many people are struggling to live up to impossible ideals. Where this seems to hit men, and BME men particularly hard is one of their 'shoulds' is that to show you are struggling is to somehow fail at being a man. Perhaps it's not masculinity which is toxic but our ideas of what a man is?"

Many footballers and other sportspeople have come forward to show their support for Lennon on social media. Fellow footballer Andy Johnson has pledged to donate 10p to Mind for every retweet as he urges it is time to end the stigma surrounding mental health issues. Former heavyweight champion and mental health ambassador Frank Bruno tweeted: "Thoughts are with Aaron Lennon today, stay strong & as positive as possible, there is light at the end of tunnel. You will get through this boss". English Rugby Union player Danny Cipriani has shared his support, and criticised the Daily Mail for their poor coverage of the story, in which they mention Aaron Lennon's earnings; unfortunately the stigma that high-earners should suffer less is prevalent. Even more high-earning and high-profile people, most notably Prince Harry in recent weeks, have come forward to share their struggles with mental health; this goes a long way to resolving the misconception that status and wealth act as protection against mental ill-health. Mental health difficulties are indiscriminate, like all illness.

The PFA provides a variety of help and advice options for its members, including a 24-hour phone-line and access to a psychiatrist, and employs more than 100 counsellors nationwide.