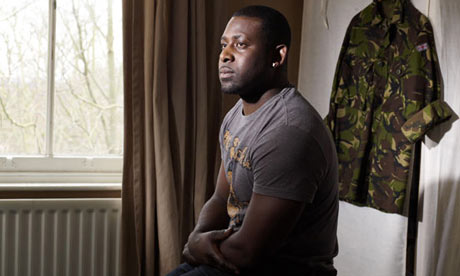 ​Why We Need More Mental Health Services for the Military

There are many fantastic charities that support veterans and military personnel who return from combat physically injured, however there is a growing consensus that more needs to be done in terms of military mental health care.

An increasing number of the British Armed Forces are speaking out about returning from tours in Iraq and Afghanistan psychologically scarred and feeling unable to confidently access services, which highlights the critical gap in the provision of vital, low level accessible intervention to active duty personnel and veterans experiencing mental trauma.

A new report published on 12 January 2016 called ‘Counting the Costs’ - conducted by King’s College London in conjunction with Help for Heroes – reveals that 25 years of conflict has left 83,000 British troops with mental or physical injuries. The study found that a staggering nine in 10 of the 83,000 troops affected were likely to have mental issues, including post-traumatic stress disorder.

It also shows that up to 57,000 partners and children also develop psychological issues as a result. Considering the intensity and frequency of stressful and potentially traumatic events experienced by military personnel, combined with extended periods away from family, these findings are hardly unsurprising.

It should be our duty to help remove any perceived barrier or stigma faced by those who are currently serving or who have served in the military and are seeking help for mental health. Many troops sadly suffer in silence when their trauma could be easily treatable and manageable. All it would take is low-level intervention combined with support and guidance from mental health practitioners who are experienced in dealing with military personnel to prevent more serious issues from developing further down the line.

In a recent article in the Telegraph, Lt Col Janet Pilgrim speaks out about falling ill with PTSD and the mental wounds she suffered after returning from combat. She says that her condition deteriorated back home when she couldn’t eat, sleep or concentrate. She soon became suicidal and turned to drink, but tried to keep her deterioration from her family. She is just one example of many who might not be in the position she’s in now if she was able to access to psychological support earlier on.

Stand Down - a new, independent military charity that provides free and confidential psychological support to active duty personnel and their families, as well as to veterans, who suffer from any mental health condition, directly or indirectly, as a result of military service – does just that.

The online service, launching on Thursday 4 February in the House of Lords, will offer immediate help to service users and intends to encourage those who would otherwise find it difficult to attend therapy easily, such as the physically injured, those with young families and active duty personnel reluctant to approach their employer, to seek help.

It is Stand Down’s firm belief that we send them, so we must mend them.