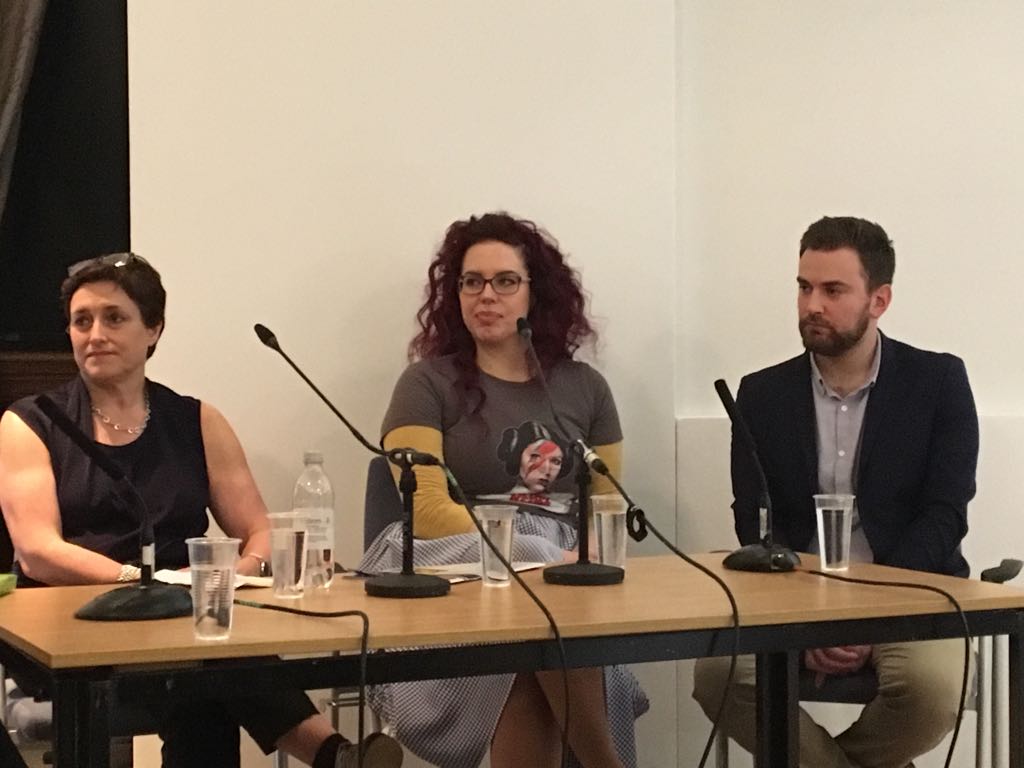 Why Books About Mental Health Are So Important

Mental health campaigners Jonny Benjamin and Natasha Devon joined a panel today at the London Book Fair to talk about the importance of balancing honesty with care when publishing books that feature mental health content.

Jonny’s story became a viral sensation after he spent months trying to find the stranger who helped save his life by engaging him in conversation as he considered suicide while standing on Waterloo Bridge. Now Jonny has written The Stranger on the Bridge which will be published in May. He said that accessing his memories around living with schizoaffective disorder was a painful process, but he felt happy with the level of honesty that he and his co-writer had achieved. He believed that a book about his life was a clearer reflection of the situation than a TV programme could be.

He told the audience that his own mother had read Matt Haig's Reasons to Live "and then she came to me and said 'I now understand what you have been through'. We still find it hard to talk about my situation, but that book made a difference."

Natasha, who speaks at schools about mental health awareness, said that books could have far greater nuance than most media. She wants her book, A Beginner’s Guide to Being Mental: An A-Z (also to be published in May), to stand up to scientific scrutiny but also have a sense of humour. Being bleak about mental health is not the way forward, she believes. “Mental illness is invisible, but books give us the opportunity to describe it. It’s in the shades of grey that wisdom lies.”

Also on the panel was Sue Baker director of Time to Change, which campaigns to de-stigmatise mental health. As she explained it, “Stories of lived experience help shift the perception about mental health. People speaking out about their own situations breaks down the stigma.” She cited people like Prince Harry, Matt Haig and Russell Brand as being hugely powerful in their influence on public attitudes.

Publisher Carole Tonkinson completed the panel; she is the head of Pan Macmillan’s Bluebird Books that was created to deal with wellbeing and mental health non-fiction.  The experience of growing up with a brother with schizophrenia has added to Carole’s conviction that mental health is a conversation that has been avoided for too long. As she pointed out in a feature in The Bookseller, for some people “Books are sometimes the only stop-gap while people wait for treatment.”

We've collected a brilliant selection of books about mental health and therapy, recommended by therapists and clients - you can take a look here