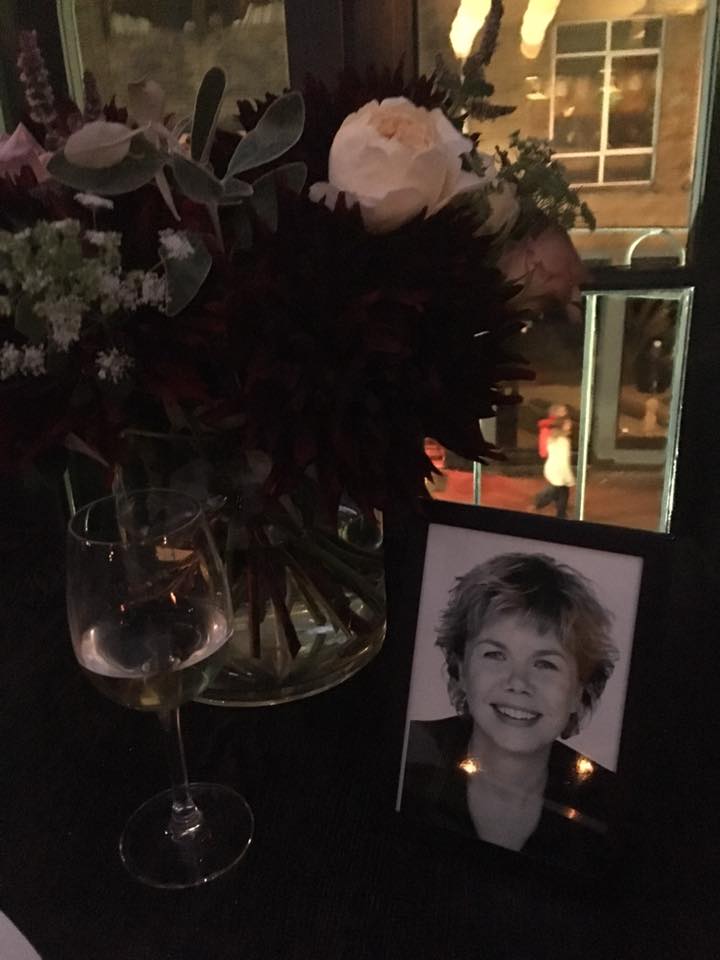 We Need to Celebrate the Lives of Loved Ones After Death

Last night more than 100 of Sally Brampton’s friends and family gathered in Soho’s Groucho Club to remember and pay tribute to the respected journalist, author and agony aunt.  She had committed suicide in early May and her funeral in St Leonards, where she was living, was a desperately sad and private event. But this left many of those who loved her wanting to remember the happier,  more hopeful times in her life, when Sally  was not beaten down by recurring battles with depression.

I was among the group of old friends, former colleagues and Sally’s only child, Molly Powell, who organised the evening. I’d never done anything like that before and it soon became clear that it was a great opportunity for commemorating the woman, and for bringing together the people she had touched over the 60 years of her life. As the Royal College of Psychiatrists points out, bereavement after a suicide is complicated by anger, confusion, guilt, even relief, so it seemed right to have used the intervening months to recover from the shock of our loss.

Sally was the first editor of the fashion magazine Elle when it was launched in the UK, and I met her in 1986, when she interviewed me to be her deputy. I spent the next three years working for her, but we remained friends well beyond that time. And when I took over as editor of Psychologies, she was my first choice for the prime spot of back page columnist. She was the agony aunt for the Sunday Times, had just published her depression memoir, Shoot The Damned Dog. Ignoring the stigma which was much more prevalent only eight years ago, she had become a high-visibility spokesperson on mental health, and a source of great support to  her avid readers.

As her close friend Jasper Conran wrote in the Daily Telegraph: "For Sally to deal with what she dealt with for so many years was torture, but through her writing, she turned that horror into something extraordinary. Her therapy was finding out about depression, and writing about it, and if comfort could be drawn, it was from helping people with her books and advice columns. She knew that there were people out there who identified with her suffering, and were soothed by her words."

The invitation, the guest list, the food, the drinks, the music, the flower – every detail was discussed in detail as we sought to put together an event that Molly would be happy with, and that would reflect the sensibility of her stylish, whip-smart mother. So for example the Groucho Club, the original journalists’ and bon vivants’ watering hole, was a certainty. Sally may not have spent much time there in recent years, but it was the spiritual home of her glamorous earlier life in the media and fashion.

Best of all it had a slightly separate room, removed from the main party, in which a slideshow beamed pictures of Sally throughout her life. I’d first seen these pictures at the post-funeral wake in St Leonards, but like many I had found it unbearably sad to see happy, smiling Sal so soon after her death.

At the memorial party though, the pictures were perfect. Here she was as an art school student, there as a fashion editor, and there were lots with her daughter or laughing with friends. Yes, there were a few tears as the images faded into one another, but mostly they brought us joy. It was a party dominated by our love of a great woman, boss, writer, friend and mother as we came together to talk about her and remember the effect she had on all of our lives.

Sally’s was actually the second memorial service I have attended in the past fortnight. The other was to celebrate the life of publisher Kevin Hand. It was, more traditionally, held in a church, St Brides in Fleet Street, in the middle of the day. There was a thoughtful order of service, ranging from his younger daughters’ remembering all the funny and inspiring things their dad had done in their lives,  to the great and good of magazine publishing who focused on Kevin’s chutzpah and business acumen.

Although it was Kevin who appointed me as editor of Psychologies, we had in fact worked together at around the time I met Sally, back in the 1980s when I was making my first tentative steps in the sometimes weird but always wonderful world of journalism. Both Kevin and Sally became “big beasts” in that world and although Kevin’s death was very different – he died of cancer, only months after his diagnosis – the people who knew these individuals  wanted to express their respect and love.

For close family and friends, it can take a long time to recover from a bereavement. Many people seek help with therapists because they are traumatised by the shocking effect on their lives. But for colleagues, friends, even acquaintances, it's important too to have a space to focus on what is lost, and to gather together to talk about what they meant to us too.