Vincent Deary: Why Change is So Difficult
Find a therapist
Find a coach
Join as a practitioner
Log in/register 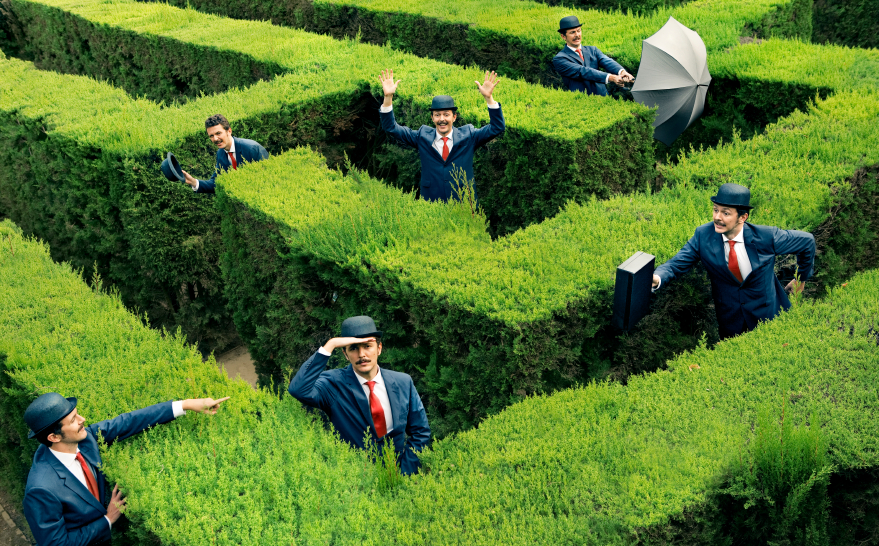 Vincent Deary: Why Change is So Difficult

I'm standing in a room facing about thirty people. They have come to hear me talk about habit and change. It's part of the work of publicising my book. This is all new to me.

The laws of habit, my old accustomed ways, are in temporary suspension. There is a new narrative taking shape. A story in which I am an author and some kind of authority. I'm claiming to know How To Live. People have paid to come and hear me talk about that.

For the first time in a long time there has been rehearsal. I am having to think. There are feelings. I can feel, as I stand in the room, waiting to begin, the physiological arousal, the inner homeostat striving to adjust. I'm anxious. I'm not sure how this will go, or if I will like this new role of, well, what? Really, I just wrote a book, a private act of accounting, of trying to figure out how to live for myself. I didn't realise I would have to sell it, to stand up and speak for it.

I am not yet comfortable with this, and can't discern what comfort will look like. I don't yet know what kind of story I am in, or who I am within it. I am in transition, one of those “perilous zones in the life of the individual, dangerous, precarious, painful, mysterious and fertile, when for a moment the boredom of living is replaced by the suffering of being" (Samuel Beckett, Proust).

From habit to change

And the move from boredom to suffering, from habit to change, is of course the theme of the book. It's what I am about to start talking about. I get the irony and it doesn't really help. I start talking. About social identity, the selves we establish in our small worlds of significant others, the worlds of colleagues, neighbours, friends, family, lovers, enemies and outsiders. I'm trying to convey something of how we might be different selves in different social worlds.

I'm illustrating this with Season 1 of Mad Men. As it unfolds we watch a complex and multiple identity emerge; Don Draper, the protagonist, figures very differently in his different worlds. In the book I invite the reader to think about Don Draper's, and their own, multiple belongings: "he sits at the intersection of many worlds, most of which will never meet. Indeed his identity is shown to be precisely the sum of their influence and distance from each other, the “I" that he is being a complex concatenation of the multiple belongings that he has. Like Don Draper, you could see yourself as nothing more than the place where these worlds meet, see yourself emerge as the product of the unique intersection of multiple social vectors, a star defined by its place in a social constellation, a place like no-one else's, and you as the product of that place in the social matrix."

A woman in the audience disagrees. Isn't there, she asks, a core integrity, an “I" that remains constant regardless of context? Interestingly my first reaction to this is shame. Maybe it is just me then, I ponder aloud. Like the Randy Newman lyric, maybe I just “want everyone to like me real bad" so I am endlessly shaping myself, contorting myself to fit the present context. A real grown up, like this woman, like the ideal man of Rudyard Kipling's If, would be the same whether with friends of foes, Kings or commoners.

Maybe my social variability is actually inauthenticity, cowardice, a kind of neurotic immaturity. Or, as Mark Zuckerberg would have it: “The days of you having a different image for your work friends or co-workers and for the other people you know are probably coming to an end pretty quickly….having two identities for yourself is an example of a lack of integrity" (David Kirkpatrick, The Facebook Effect: The Real Inside Story of Mark Zuckerberg and the World's Fastest Growing Company)

I get the room to do some work, talk amongst themselves. I overhear one young woman talk about how she is increasingly uncomfortable with the self she is with her family of origin, feels more at ease with her chosen “urban" family, the crew of significant others she is beginning to build as a young adult. As the conversation becomes communal again, numerous examples emerge in the room of what the sociologists would call role-conflict, where the “I" we are in one group clashes with the “I" we are in another. It happens at the big parties, like weddings, when the worlds we generally keep apart collide, or when a friend turns up at work, or a colleague at home. So it's not just me. My shame dissipates, but for the next few days I wonder about the balance between authenticity and compromise in our identities.

As my friend Tim points out a few days later, your take on this will depend on what version of identity you subscribe to. For him the notion of an invariant “authentic" self is a romantic myth, predicated on the notion of an inviolable interior essence, or soul. He contrasts this with the Deleuzian notion of the Fold, where our “interior" is nothing other than the folding of the exterior upon itself, making our subjectivities inherently contingent and contextual. More empirically, he points out that the people who don't adapt to the social norms of different worlds are not so much authentic as sociopathic. And then I get a call from a friend who, after a year of trying to compromise her spiritually complex beliefs for her Christian boyfriend, is ready to ditch him after he insists that she will need to wear a hat to go to church with his family: “it was the straw hat that broke the camel's back" she says, laughing but still upset.

Standing in the room of strangers, about to open my mouth and unsure of what “I" will emerge in the speaking, of course I was uncomfortable, but I was also aware of the opportunities inherent in that rare inaugural moment. The transaction, the contract between me and the public, me and this role, has not yet been finalised. It's like that in all beginnings, they are uncomfortable precisely because the norms and narratives are not yet established. What we bring to the new context will shape it, and it will in turn shape us, fold back in on us. And then it will become routine, and the contract hard to break. So now, at the beginning, is a good time to risk positing a new self. For me that looks like not just speaking so as to be liked, for you, who knows? Perhaps authenticity is not quite the right word, but I'm glad the woman raised the notion of social courage, and my friends straw hat was a timely reminder that compliance can be costlier than risk.

On taking a leap of faith and embracing change

The neuroscience of change: why changing course is painful for the brain