Why Does Trump and the US Election Make Us Anxious?
Find a therapist
Find a coach
Join as a practitioner
Log in/register 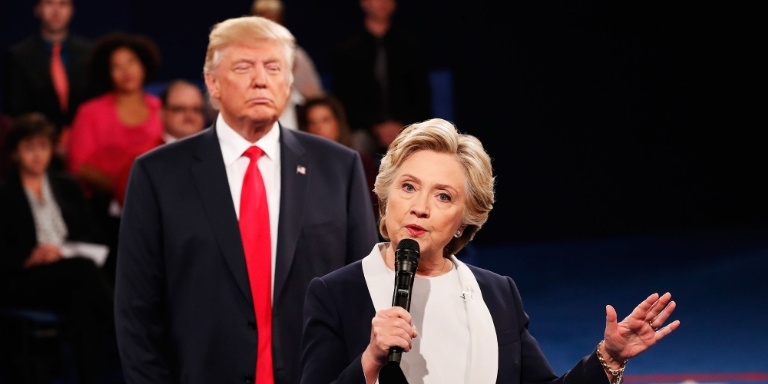 Why Does Trump and the US Election Make Us Anxious?

On a scale unprecedented in modern politics, Donald Trump has taken up firm residence in the minds of many the world over as the embodiment of menace and threat.

Panic that the world as we know it won't exist beyond this Tuesday night has gripped many, and is little assuaged even by the idea that he won't get in. People are terrified of his victory, but anxious about his defeat too. What will his supporters do if he fails? Even if he loses, it doesn't change that a large portion of the US electorate are willing to tolerate racism, misogyny and alleged sexual abuse. For many victims of sexual abuse, Trump has essentially become a human trigger, causing many to relive traumatic memories from the past. The Rape, Abuse and Incest National Network reported a 33 per cent increase in calls to their support line in the weekend following the release of Trump's Access Hollywood tape with its so-called "locker room talk".

Therapists in New York are reporting an epidemic of Trump-related anxiety attacks. A survey for the American Psychological Association revealed that 52 per cent of Americans are experiencing significant stress as a result of the election. Lynn Bufka, the association’s associate executive director, was quoted in the the New York Times: “We’re seeing that it doesn’t matter whether you’re registered as a Democrat or Republican — U.S. adults say they are experiencing significant stress from the current election."

Regardless of who they are eventually voting for, many people feel unsafe. Carol Wachs, a Manhattan-based psychologist quoted on news website Slate, has just started seeing an old patient who first came to her regarding anxiety induced by September 11. Her patient comes from a family of Holocaust survivors, and “it feels to her like all the stories she heard from her grandparents about how things feel normal and then all of the sudden, oh my God, here we are”.

The issues foregrounded in this election - guns, terrorism, sexual assault, the secrecy surrounding Trump's tax returns and Clinton's emails - play on our deepest fears, anxieties and trust issues. Dr Ducharne, a therapist quoted in the New York Times explains why this election is particularly galling for people's sense of personal security, especially those who have previous experience of mental health difficulties: “Boundaries are an important part of mental health. In order to feel safe, people need to have a sense that there are rules and norms. In this election the leaders appear to be out of control.”

The parallels with Brexit are clear, and are perhaps one of the reasons some of us in the UK will be feeling especially apprehensive in the lead-up today. The US election has caused riffs between friends and families, who can't find a way to disagree amicably. The election, which is still very close, threatens to divide a country. Likewise, many of us didn't think Brexit would happen, but woke up to find that a large portion of the country was a lot more angry than we had previously realised. The silent Brexiteers who didn't dare tell their friends or family they were voting leave have their counterparts in the closet Trump supporters who are swaying towards someone who they see might 'start things over'.

Meanwhile, back in the US, some 3,300 therapists have signed a manifesto 'Citizen Therapists against Trumpism', agreeing to speak out about an ideology they fear won't simply disappear after the election results. The manifesto defines Trumpism as the 'antithesis to everything therapists stand for', as promoting 'hyper-masculinity, public hostility, the cult of the Strong Man, and the denigration of women' and as representative of a 'threat beyond a single election'.