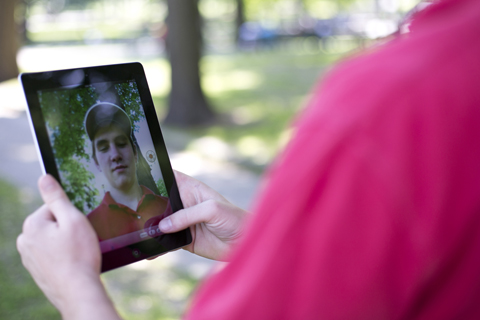 The Therapeutic Benefits of Film-Making

I’ve been in the twin fields of film and mental health since the late 90’s - nearly twenty years now. I started because as a mental health service user, I needed an outlet to express my frustration and anger with the way that I had been labelled and categorised. I felt that the system was dehumanising, and I wanted to tell my story. When I did so, inadvertently I ended up helping a lot of other people to tell their story too.

I made a documentary about the closure of a big Victorian asylum in East London, Claybury in Redbridge. In filming in there, I found stories of the old inmates through interviewing people. I also literally found stories, medical records of people just lying on the floor in the abandoned asylum. It shocked me that people could be documented so thoroughly, and without having their own input into the record, and further more for those records to be treated so cavalierly. I picked up a handful at random. In there was a story of a woman who had been pregnant in the 30’s and ended up staying the rest of her life in Claybury hospital, being decanted on its closure 60 years later.

I formed a resolution that I owed it to my mental health community to help them to document themselves, that as mental health service users we are the documented and it is time that we document ourselves back.

Times have changed in mental health. The stigma has lifted enormously. The mental health community is not now the closed shop that it was back in the 90’s. People from all walks of life feel able to speak out with their experience. But still the holding of the record, the telling of the story is the preserve of the professional.

It is my contention that telling stories is therapeutic in itself. That doing so gives one a level of skill in self examination and reflection. That telling a story from ones own point of view is a way of getting to know oneself all over again.

With this in mind, and having seen the therapeutic benefits that people I’d made films with over the last twenty years had experienced on telling their story on film, I thought - how could we roll out this benefit at scale?

We’ve come up with a private video diary app, Mental Snapp. Mental Snapp is designed to help tell stories and to organise them into usable clips. People actively managing their mental health record short two minute video diary entries. They then organise them by rating their mood and tagging their feelings onto the clip. They can also put free text tags onto the clips. These steps are to make the video searchable, but research has also shown that rating mood and naming emotions has a therapeutic benefit in itself, and stops people feeling overwhelmed by their emotions. The process of recording on Mental Snapp is more than the sum of its parts.

We are free to use on the App Store and Google Play and now have over 180 users, who we contact for feedback and conduct interviews with to find out how to make the app better. Users report that they feel kinder to themselves after recording regularly. Recording on film is a process of getting to know your face, and one of the qualities of film is that it is very good at conveying and inducing empathy.

At the moment we are looking for users and testers. Mental Snapp can be used in conjunction with existing therapy and is not intended as a replacement for it. It can be used in between sessions - there are guided exercises within the app or the therapist can suggest topics to record to - or alternatively it can even be used to mark therapeutic milestones within the sessions themselves.