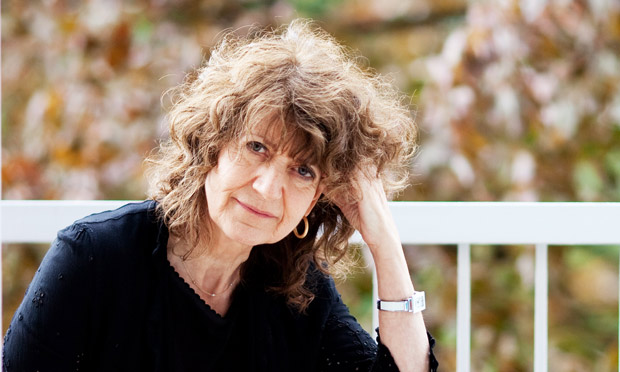 The UK’s best-known psychotherapist Susie Orbach believes that NHS Digital's National Survey of Health and Wellbeing (2014), released yesterday, has revealed the crisis that many young women — and men — are facing in society today.

“They imagine that success will come by constructing the self from the outside, rather than from the inside. So they believe that looking beautiful, getting great exam results, getting a boyfriend or girlfriend, having the right consumer goods, all of this is the answer. I believe what we are seeing is a crisis of late capitalism and the consumer society. It's about all about the never-ending pressure — being it, doing it, getting it.”

According to the survey of 7,500 people, more than one in four women aged 16-24 reported a common mental disorder, such as anxiety, OCD or depression. Rates in less common mental health difficulties, such as post-traumatic stress disorder, bipolar disorder and self-harm are also on the rise: 13% of young women screened positive for PTSD (three times as many as in 2007) and 4% for bipolar.

Reported rates of mental health difficulties in men have remained largely stable, 8% in 1993 and 9% in 2014, but Orbach believes this is down to men being less likely to admit to their problems.

“Young men are as confused as young women are about the world of work and accomplishment, and they are facing the same anxieties about their bodies. Every young woman is troubled by body image, but men are getting more and more preoccupied. Look at the Abercrombie and Fitch effect  - it's priming a market and creating those insecurities.”

In the Times, Sarah Brennan of YoungMinds, said she believes the notable gender gap is due to how women and men tend to respond to distress: “Young men tend to externalise pressure – for instance by being angry or violent – while young women are more likely to internalise their feelings, and take them out on themselves, for example by cutting or through eating disorders.”

Today's 16-24s are the first to grow up in the social media era, which the NHS Digital team says warrants further investigation. Online bullying, peer-group pressure, disordered eating, body image issues are all potentially issues worsened by the rise in social media.

In her work setting up Endangered Bodies, Orbach has noted how “normal” it has become for young women to develop a hyper-critical relationship with their bodies. “The time they spend prepping a shot before  uploading it on social media is considerable, and the desire for approval is never met. There are never enough likes, so the photo is brought down, the hurt is suffered. The result is you feel you’re not good enough.

“Everyone has to be a star, a brand. It may not be articulated in that way but it's what is happening to youngsters and it is very harmful to them.”

What would help? “We need to encourage them to really give words to their feelings -  not in Oprah form, but so that they can really understand themselves. They'd feel less hollow rather than having to clothe themselves in all these accomplishments.”

According to the NHS Digital report, across all age groups those receiving treatment for mental health problems has increased from 24% in 2007 to 37% in 2014, but clearly more needs to be done to support men and women struggling with mental health difficulties. Jeremy Hunt, the health secretary, said,  “We have introduced the first-ever mental health waiting times and are backing the NHS’s plans to revolutionise mental health care, which will see £1billion invested every year by 2020.”