Who's Shortlisted for the Mind Media Awards 2015?
Find a therapist
Find a coach
Join as a practitioner
Log in/register 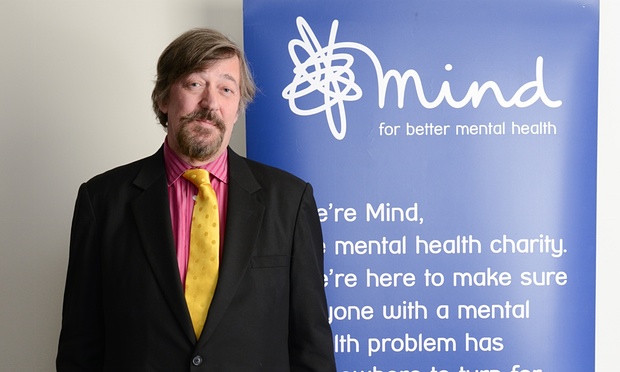 Who's Shortlisted for the Mind Media Awards 2015?

The shortlist for the Mind Media Awards was announced today with 50 TV programmes, documentaries, press campaigns and other mental health-related entries, from The Times and Channel 4 news to bloggers and Vice UK, covering topics which ranged from bullying to bipolar and self-harming to suicide.

The awards, which started out 20 years ago as the Mental Health Media Awards, seek to celebrate the best examples of reporting and portrayal of mental health in print, broadcast and digital media. Mind, one of the UK’s main mental health charities with over 150 local branches , sees the awards as a way of rewarding media professionals, organisations and students who report responsibly and sensitively on mental health issues.

Announcing the shortlist, Mind’s chief executive Paul Farmer said,  “We’ve come a very long way from mental health stories of the past which focused on ‘mad’ ‘bad’ and ‘scary’. With the continued support, and passion, of people working in the media we can make sure that mental health problems, and associated issues, are portrayed sensitively and accurately – because it plays a vital role in reducing the stigma and discrimination experienced by people with mental health problems in the UK.”

In the factual TV area suicide is a major theme with BBC One shortlisted for Life After Suicide and A Suicide in the Family and Channel 4 for Stranger on the Bridge.  Other documentaries on the shortlist are My Mad Uganda (BBC) and Broadmoor (ITV).

Drama on the shortlist includes Maisie Williams in Cyberbully (C4), Mackenzie Crook in Ordinary Lies (BBC One) and Paul Whitehouse in Nurse; while entertainment stretched from Songs of Praise (BBC One) to 24 Hours in A&E (C4).

Soaps have in the past few years broken through with many taboos and this year was no exception. In Emmerdale (ITV) Belle heard voices; in Coronation Street (ITV) landlord Steve suffered from anxiety and depression; in Hollyoaks (C4) Cindy is diagnosed with bipolar while teenager Jason suffers from body dysmoprhic disorder;  in Holby City (C4)  Dr March is also diagnosed with bipolar; in Pobol y Cwm (S4C) Iolo shows signs of developing OCD.

Newspapers and magazines shortlisted ranged from The Times focus on children’s mental health with Time to Mind campaign, fronted by Prof Tanya Byron to VICE UK’s guide to mental health, and CALMzine’s support for men with mental health issues in a magazine distributed through Topman stores. Others shortlisted were the Sunday Mirror and BBC Top of the Pops magazine.

Radio entries were dominated by Radio 4 which  covered selective mutism, Robin Ince on the relationship between mental health and comedy, following the death of Robin Williams, Evan Davis’s The Bottom Line in which he talked to three successful business leaders who had suffered severe mental illness whilst running their companies. Others on the shortlist were Nick Clegg (LBC) and BBC Radio Somerset.

Bloggers in the area of mental health have become a popular part of the Mind Media Awards. They are at the frontline of the issue, and they allow a far deeper understanding of what dealing with mental illness can actually be like, day to day. The shortlist is Mental Illness Talk blog, The Mental Blocks twitter account which focuses on mental illness and work, Laura Lejeune who has a Youtube channel, @sectioned_ who provides hard-hitting commentary about mental health and stigma, and Lozzamogz whose Youtube channel includes a stay in a secure psychiatric hospital.

The remaining sections are for journalists, student journalists and best news and current affairs.

The winners will be announced on November 16 at The Troxy in London.