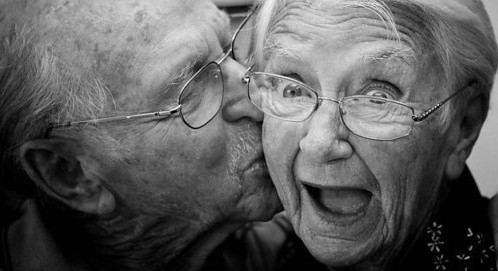 The Top Five Regrets of the Dying

So there I was, on a miserable February morning, watching the rain dribble down the windows of the Guardian offices at Kings Place, searching for stories for the feature pages, when I came upon a website belonging to an Australian palliative nurse who had written a fascinating survey.

Bronnie Ware had asked her dying patients about their greatest regrets in life and had condensed their wisdom down to produce The Top Five Regrets of the Dying. I read it hungrily, for perspective, for comfort, as anyone would.

The features editors weren't interested in it for the print edition when I suggested it at the morning meeting, so I swivelled round grumpily in my chair and hunched over my screen again, thinking all the dark thoughts that office workers tend harbour in February. I kept reading and re-reading her findings.

Having nothing better to do, I decided to write the article anyway, and being a web-trained editor, I chose a picture, wrote a headline and uploaded it onto the system to be checked and made 'live' by a colleague. Then I schlumped off for lunch.

"I wish I'd had the courage to live a life true to myself, not the life others expected of me."

Many of the wisdoms highlighted by Ware are broad, encompassing. They apply to all of us, in some way or other and they speak to the ways in which we trap and disappoint ourselves. They are a call to arms – from those who know better – encouraging us to lead a better life. To take risks. To forget what others think. To replace 'ought' with 'this is what I want, what I love'.

The next day, as I set my coffee down on my desk, my colleagues all along the desks looked up. I was being called 'Viral Steiner' but I still didn't know why. I was late. It was raining again. I ran off to the morning meeting, where the stats up on the white board were quite extraordinary; a great big spike in traffic to the Guardian site, all of it going to my article. The spike continued for the rest of the month.

Since then – that was two years ago now – it has become one of the top five most read articles on guardian.co.uk, garnering more than 3.9m readers worldwide. It has been Facebook-ed 126,000 times, tweeted 13,000 times. I'm still getting regular emails from readers all over the world. Ware wrote, 'When people realise that their life is almost over and look back clearly on it, it is easy to see how many dreams have gone unfulfilled'.

Three months after writing the article, I quit my job. My first novel had sold to a publisher and I embarked on a career I'd wanted for 20 years.

Many people know the saying, 'You won't lie on your deathbed and wish you'd spent more time in the office.' But for many of us, tyranised by pointless office-hours brinkmanship, it needs reiterating again and again, as if Western guilt can only be laid to rest with constant reassurance. All of the men Ware spoke to, without exception, mentioned this regret. It speaks of hours away from our families and friends, hours doing things others expect of us, rather than what we want to be doing.

"I wish I'd had the courage to express my feelings."

A call to bald-faced selfishness and never mind the consequences? Or a sad lament for that gap, experienced by so many of Ware's patients, between the outer, public self and a more truthful inner life? My novel, Homecoming, explores the under-the-surface complexity within an ordinary, loving family, where so much goes unexpressed and where, with parents ageing, time is running out.

The other examples can be found here and below the line, we asked readers to talk of their own regrets in life, my personal favourite of which is this: 'I regret not hunting down and killing the guy from the Go Compare adverts.'