The Only Girl in the World: A Memoir
Find a therapist
Find a coach
Join as a practitioner
Log in/register 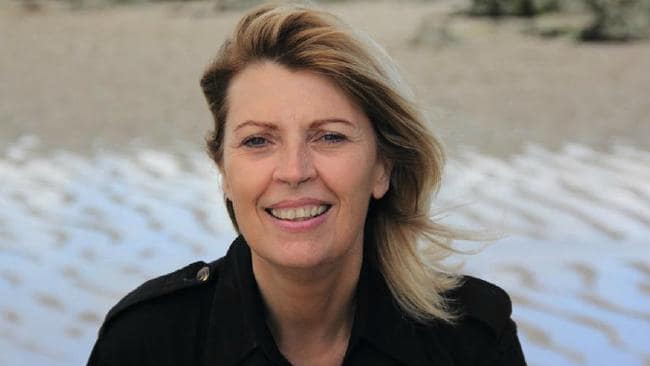 The Only Girl in the World: A Memoir

There’s not much of a warm-up to this harrowing tale of a three-person family cult. The scene is set in 1936 with Louis Didier, a self-made wealthy business man, taking on the ‘care’ of a six-year-old girl Jeannine in order to help out her poor struggling family. After paying for her education, Didier then waited until Jeannine was 22 before impregnating her with the flaxen-haired daughter he had long held in his mind. He then liquidated his many assets and withdrew to a life behind both garden and house walls with Jeannine, and his daughter Maude, ‘in order to devote himself entirely to carrying out the project he had devised back in 1936: to make his child into a superhuman being.’

The Only Girl in the World is a stark collection of Maude’s childhood memories, unfolding chronologically, as she grew up in isolation from the world, and near isolation from humanity, with her deeply disturbed, despotic father and brainwashed mother, who may have suffered similar treatment to Maude growing up, after she was entrusted to Didier’s care (although she was sent away to boarding school – something Maude repeatedly begged for). Jeannine is rarely a benign figure – occasionally sharing a joke or an understanding with her daughter - but otherwise determined to keep herself safe from abuse or recrimination from her inviolable husband. She even, literally, knowingly turns and walks away from the sexual abuse her young daughter regularly suffers from a ‘family friend’.

The catalogue of abuse Maude endures hinges around Didier’s obsessive idea that she needs to be protected from a world full of fear, evil and constant threat – to become an ‘Initiate’ into a sect of special human beings. His personal philosophy is spun from a range of bizarre and conflicting ideas, sometimes derived from a large book that Maude must stroke three times in a circular clockwise movement. He claims to have heroically saved the Jews from the Nazis yet espouses the brilliance of the Third Reich. He has no tolerance for weakness of any kind – physical or emotional, telling Maude: ‘Love is a colossal sham to amuse the masses. If anyone ever tells you he loves you, don’t believe him. It will be because he wants something from you: your power or your money. Never, never, never trust anyone. I alone know what’s good for you. If you do as I say, you can rule the world and overthrow the darkness’.

And so, Didier’s waking hours are spent ‘improving ’ Maude and deleting any iota of vulnerability that he or Jeannine may detect – his version of mind control training. A number of tests of endurance are set to achieve this goal: to be woken in the middle of the night, without warning, to sit in a darkened cold cellar amongst the rats in order to ‘meditate on death’; to regularly adopt the ‘concentration position’ (neither too forward or too back) while her father launches into deranged tirades; to help butcher animals; to match her father’s large alcohol intake by ounce by liquid ounce; to be deprived of sleep in favour of hours upon hours of bizarre home-schooling from her mother; to hold an electric fence for ten minutes without ‘betraying any feeling, no twitching or grimacing, not even a blink’; or spinning on the spot until told to stop and walk in a straight line. A gymnasium is built in the garden, so Maude can achieve three somersaults, a music room is built for her to master a handful of instruments.

Maude is also entrusted to wake her father each day, to help dress him and be responsible for emptying his urine into the loo. If he is ill, she is let off her punishing routine to sit beside him, with her mother, while he convalesces. Bathing and washing are strictly limited at home too: plates and cutlery are simply set aside for the next meal, and Maude is instructed to wash in her father’s scummy water once a week so as to absorb his innate strength and power. If Maude is wounded or is ill, copious whiskey is used to heal her, and to this day she doesn’t know why her body is badly scarred down her torso on two sides, as no doctor has been able to assess what happened.

Alongside the relentless catalogue of horror, told in an extraordinarily clear-eyed way , Maude also reveals how she emotionally survives the years, and we learn how a fire in her belly grows as she physically grows. We hear nothing of the process of psychic dissociation that the level of trauma and abuse she endured implies as inevitable. Once she attempts suicide by swallowing Aspro tablets, but her self-loathing and life-loathing is ultimately won out by a resistance: she develops a freedom in her mind that neither her father, or mother, can penetrate.

Maude writes secret stories, experiments with small lies, uses two squares of loo paper instead of the prescribed one, and finds huge solace in her love of animals and their love and loyalty to her: her dog Linda, Pitou the duck, and two ponies. She also escapes into stories of literature, pretend friends, playing music and the rare kindnesses from a music teacher while very young, later on, another abusive music teacher’s wife and, eventually, her saviour, a music teacher who helps to plot her escape back into the world in her late teens.

Unlike her mother, Maude eventually breaks free from her father, and is able to leave him behind, betraying the predictable bind of an abusive bond as she finally departs: ‘I love my father and I miss him already. I hate my father and want to get away’. The book then fades quickly: we hear very little about the inevitable aftermath of the mind-control she fought so hard against, apart from a psychic collapse after the death of her father which sent Maude into therapy, and her own training as a therapist specialising in traumas such as hers. She describes panic attacks, nightmares, phobias and dealing with the physical legacy of sexual abuse, dental problems and a liver rotten by alcohol abuse – as well as learning social skills her sequestered life didn’t demand of her.

She only briefly refers to her intensive therapeutic process and the benefits of ‘Castle Chronicles’ – a therapeutic technique that not only helped her, but her own patients too: she learnt to build a psychic castle where ‘instead of being the prisoner, I would be the chatelaine’.  Each separate room she created would meet different needs or resolve different mental blocks, but one could not contaminate the other. I wanted the book to expand far more here, but Julien clearly chose this to be a book to inspire hope.