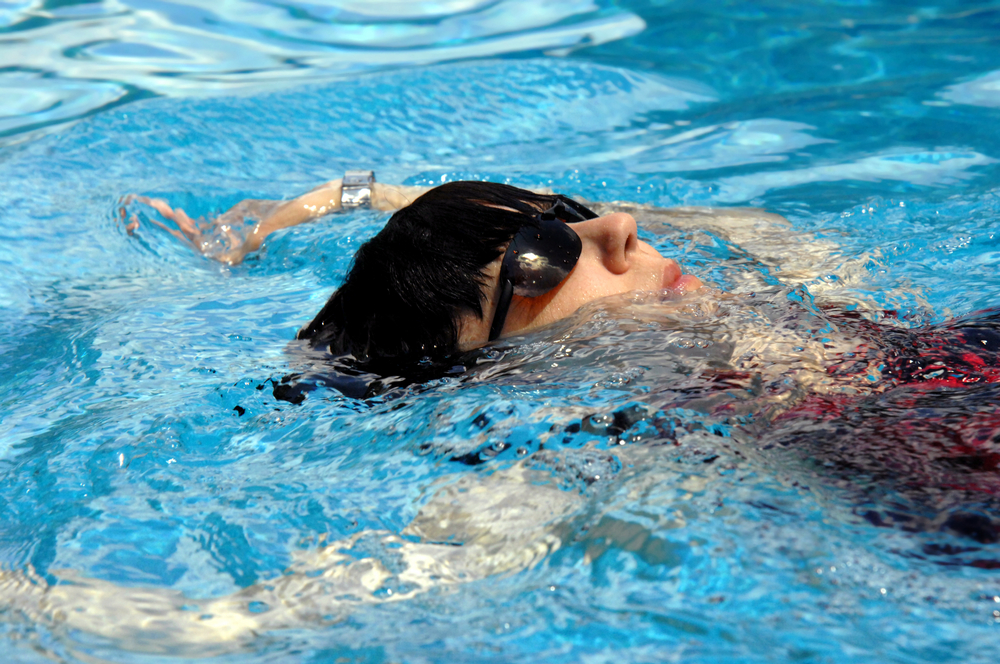 How Mid-life Changed My Relationship with Exercise

I was the classic bookish school girl who hated PE. One of my earliest memories is of watching my primary school sports day from the tiny window of the locked loo cubicle where I'd hidden myself.

I loathed the cold. I was mortified by 'cross country' running round the local housing estate in red knickers. I was baffled by the fact that despite my scrawny build and long legs, I couldn't run fast. And, oh yes, that I was so uncoordinated that when it was time for the scary, sporty girls to pick teams, I was actually offered to the opposing side.

In fact, those years of terror, shame and humiliation left such a scar that for years after I refused even to run for a bus voluntarily.

Then came the aerobics years. In my twenties I'd grimly grapevine to a disco beat with just one aim in mind; to shrink my horribly fat (actually size 10) body to Vogue-magazine thinness.

I dabbled with yoga and Pilates. I even had a personal trainer for a while. But I only ever thought of exercise as something self-punishing I did to fit into my clothes.

Then came marriage in my late 30s and two babies. A size 12 at the start of my first complicated pregnancy, I was a size 16 by the end of it.

Gyms didn't seem kind places for plump, unconfident women in their 40s with no stomach muscles and an inability to remember Zumba routines.

As I began to shrink again, something catastrophic happened. An ill-advised 'bootcamp' Pilates session damaged my back so badly I could barely walk, and eventually I became bedridden for months, and had surgery.

You'd think that might have ended my relationship with exercise for good. Not so.

As I hit 50 something seemed to shift in me. I stopped thinking of my body as something I had to bully with exercise. Mid-life seemed to liberate me from a prison of self-consciousness and physical self-loathing. I cared much less about how thin I was, and became much more interested in how well I felt.

And there was something else too. I realised that my health now would have a radical impact on how I aged. I had a role model close to home. My mother, a ballerina in her teens, was still, in her 70s, teaching Pilates and dancing professionally. I watched as my friend's parents became frail, and saw how she stayed strong, vital and engaged.

Recently, I've become ever more fascinated by how exercise holds back and even reverses the ageing process. I don't want to become 'doddery' or 'frail' just because I'm older. I want to be strong, vital, able to travel, run, stretch, climb stairs, hike dance and live with enthusiasm for as long as possible. At 50, I also have young children, and I want to be around for them too.

While researching Your Hormone Doctor, I discovered that exercise is truly the elixir of youth. Not only can exercise add an average of seven years to your life expectancy, it makes you live younger longer. It improves your health, your hormonal profile, and can increase your bone mineral density even after the menopause and without hormone therapy. We normally lose muscle at the rate of one per cent a year from the age of 45. Exercising can reverse this process. Exercise turns on fullness hormones so actually makes us less hungry, not more.

And just as importantly, exercise works on the mind. A wealth of evidence says that exercise treats depression more effectively than medication. It makes you smarter, improving attention, memory and even making brains physically bigger. The protective effect of exercise on the brain is even greater for women than men. Exercising three times a week may cut your risk of Alzheimers in half. And if that isn't an incentive to pull on your trainers, frankly, I don't know what is.

Exercise also makes women love themselves. In studies, women who exercise report feeling more attractive and happier with their bodies, regardless of whether they lose weight or not.

So now I think of exercise as my gift to myself. I'm still not sporty, or coordinated, or skinny. But every week I do a yoga class with a big dose of mindfulness, which brings me inexpressible joy. Twice a week I do circuit training with a group of other women of different ages. I have fallen in love with feeling strong. I walk my dog and even run for pleasure. And yes, I like the new tone in my upper arms, but this really isn't about how I look any more. The benefits of exercise are muscle-deep, bone-deep, cell-deep. But also, and perhaps more importantly, soul-deep.