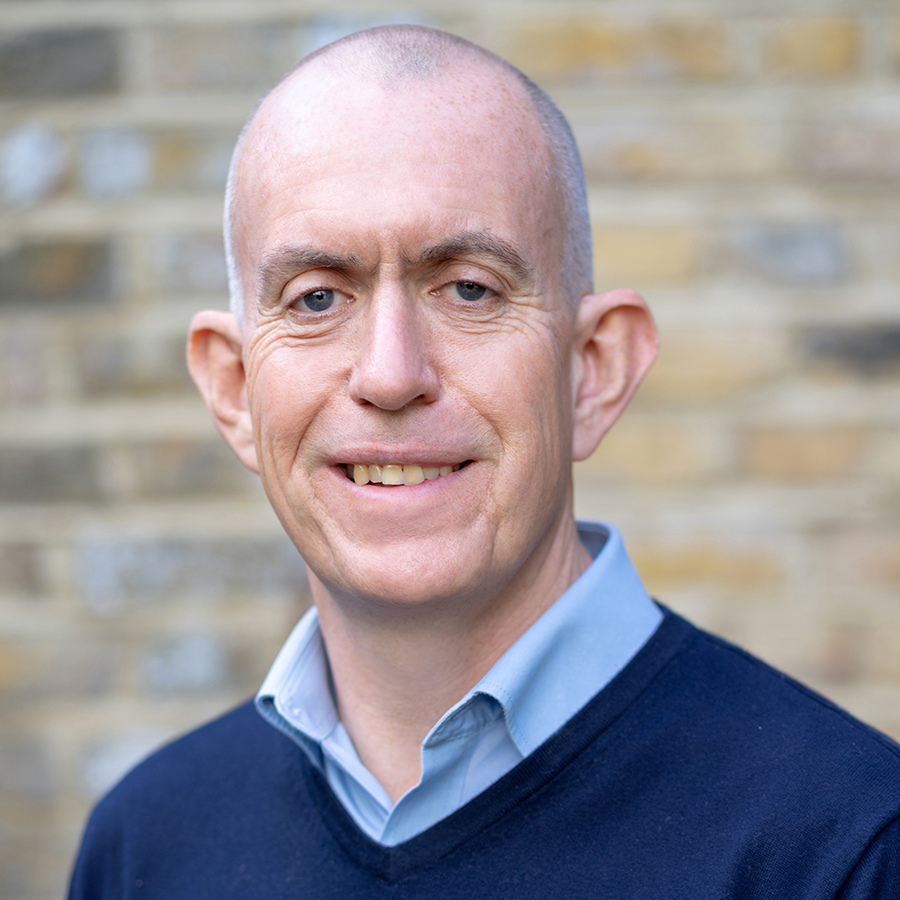 Andrew Keefe is a therapist in WC1 & E3, London

In the mid-1990s, I worked in a community centre in Hackney which supported Kurdish and Turkish refugees from Turkey. The people I met there were clearly deeply troubled by their experiences of war, torture and displacement, but I had no way of understanding what was happening for them. Many users of the service also received psychotherapy at the Medical Foundation for the Care of Victims of Torture in Kentish Town (now known as Freedom from Torture). I was impressed by the powerful impact this work had on the people around me, how forming a therapeutic relationship with a therapist helped people who had been through appalling experiences to recover and re-build their lives.

This experience had a profound effect on me and started me on my journey to become a therapist, eventually working as a therapist at the Refugee Council and then Freedom from Torture itself, where I learnt about and gained experience in working with people who have survived extremely high levels of trauma. I now work in private practice and work with a much wider range of clients, still mainly with people who have experienced sexual abuse, violence and other forms of trauma.

I first completed a Diploma in Counselling at the Central School of Counselling & Therapy (CSCT) and then studied psychodynamic psychotherapy at WPF Therapy in Kensington, graduating in 2006.

I trained in EMDR with the EMDR Academy in 2016 as part of an in-house course run at Freedom from Torture.

Can you tell us about the type of therapy you practise?

EMDR: I chose this as it is a highly effective therapy for reaching and resolving very deeply buried traumas, which are held in the non-verbal areas of the brain and in the body and so are difficult to reach using more traditional talking therapies. EMDR uses eye movements to stimulate the brain’s natural healing mechanisms to process deeply buried traumatic memories and the physical sensations which accompany them and can bring immense relief to clients, freeing them from the grip of past traumas.

Psychodynamic psychotherapy is a relational therapy, based on the idea that how we are and how we relate to others in the present are heavily influenced by the nature and quality of our earlier relationships, especially as children. Therapist and client explore the client’s world in the present and their earlier experiences and how the two interact. Both work to build trust and create a therapeutic relationship within which the client feels safe enough to explore the difficult experiences from the past which may still be affecting them in the present. Understanding patterns of relating is the first step to breaking free from unhelpful ways of being in relationships. PDP involves thinking about the unconscious and how this impacts on us.

Solution-focused brief therapy has less emphasis on exploring the roots of problems and more on imagining a life where the problem has been solved and then thinking of the steps the client could take to get there. It is a very effective therapy for people who feel stuck and would like to think about how life could be different.

How does EMDR help with symptoms of PTSD (post-traumatic stress disorder)?

The symptoms of PTSD happen because the brain is overwhelmed during a traumatic event such as a sexual assault or abuse, and its usual processing system breaks down, meaning the images, emotions and physical sensations get stuck in the non-verbal areas of the brain which doesn’t have a sense of time or place. The brain is constantly on alert, expecting another incident and when something similar happens or which reminds you of the trauma, that part of the brain, (the alarm system, known as the amygdala), thinks its happening again and will trigger the same emotional and physical sensations experienced at the time: it feels like its happening again.

There is another part of the brain, the thinking, rational, verbal area (the pre-frontal cortex) that knows that no matter how terrible the trauma was, that it is over and finished, that you have survived it. The problem is that the two areas are not in contact with each other. Stimulating eye movements, directing the client’s attention from left to right and back, helps connect the two areas of the brain so that the information that the trauma has finished reaches the area which thinks it is continuing.

The brain’s memory processing system is strengthened and is able to process the trauma, moving it to the 'library' (the hippocampus). This takes the emotional power out of the memory and gives it a time-stamp so that it can be remembered, but not re-lived, meaning that you will be able to chose whether to think about what happened or not and if you do, to do so without being completely overwhelmed and flooded with emotion and physical sensation.

What sort of people do you usually see?

I work with individual adults, most of whom have experienced some form of trauma in the past which is impacting on them now. I mostly work with survivors of sexual abuse, violent and abusive relationships, violent assaults, terrorism and other forms of trauma, including traumatic births.

Seeing people work through their difficulties, feel better about themselves and be released from past problems and experiences, allowing them to live more fulfilling lives and seeing the courage with which people face overwhelming experiences.

What I learn about the appalling way people treat each other, including within families and relationships. That people can inflict such violence, abuse and coercion on others.


How long you’ve been with welldoing.org and what you think of us?

I joined welldoing.org a few weeks ago and so far have found everyone I’ve dealt with to be really friendly and very knowledgeable about psychotherapy. I also like the emphasis on thinking holistically about mental health, so that there is space for the body as well as the mind.

I suggest Headspace, a very accessible way to get into mindfulness. The Body Keeps the Score by Bessels Van der Kolk is a wonderful book about trauma, which a couple of clients I have worked with have said they found really helpful so I would recommend it. The book explains what happens to the brain and the body during and after a traumatic incident and how the memories are held in body. It also explains how EMDR, yoga and tango dancing help people recover.


What you do for your own mental health?

I exercise: I do an outdoor fitness class three or four times a week in a local park. Physical exercise is an incredibly powerful way to improve your mental wellbeing, improving your mood, reducing anxiety and relieving trauma. I have become so convinced of this that I qualified as a fitness Instructor in February and am currently studying to become a personal trainer, so that I can begin to combine psychotherapy with exercise when working with clients. I’m calling this new approach “Therapeutic Fitness”.

You are a therapist in East London and the City. What can you share with us about seeing clients in those areas?

There is a really diverse range of people living in the East End and that is reflected in the clients I see: working both in High Holborn and in Bow, I meet people from many different parts of the world, backgrounds, and professions. There are also extremes of wealth and poverty – Tower Hamlets, where I live and practise for some of the week, has I think the highest child poverty rate in the country but is bordered by the City to the West and Canary Wharf to the South. I work with people from the local community around me in Bow and also with people working in the City or Canary Wharf and I really enjoy the diversity.

I have two – Staple Inn by Chancery Lane tube station is a large Tudor-style building, the oldest parts of which are I think 16th century. You exit the tube onto the bustle of High Holborn then pass through an archway into a peaceful cobbled courtyard and I instantly relax. I work in a lovely room with beautiful old windows: thick wooden frames and glass held by a leaden frame.

In Bow, I work in a Victorian terraced house on a very quiet street. It has old wooden shutters on the front windows which makes it feel really private, safe and contained. It's five minutes walk from Devons Road DLR or 10-15 minutes from Mile End. The quickest route from Mile End involves walking through Tower Hamlets Cemetery Park, a nature reserve comprising 30 acres of forest and unexpected gem of greenery in the middle of Bow.

What did you learn about yourself in therapy?

A lot! It's difficult to know where to start but I began therapy because it was a requirement for training to be a counsellor but I soon found there were a lot of issues I really needed to talk about and it helped me understand the meaning for me of wanting to be a therapist and what I was trying to resolve about my own life by doing so.

If you are a therapist or trainee and would like to know more about Therapeutic Fitness and how exercise can help improve your clients' mental wellbeing or could help you with your own self-care, Andrew is running a training day on exercise and mental health for therapists in Victoria Park in East London on Saturday 14 September 2019. It will cover the theory and biology of the links between exercise and emotion, an actual outdoor fitness session and a chance to reflect on implications for practice. Please contact Andrew at [email protected] for more details if you are interested.