LGBT History Month: A Therapist's Thoughts on Personhood
Find a therapist
Find a coach
Join as a practitioner
Log in/register 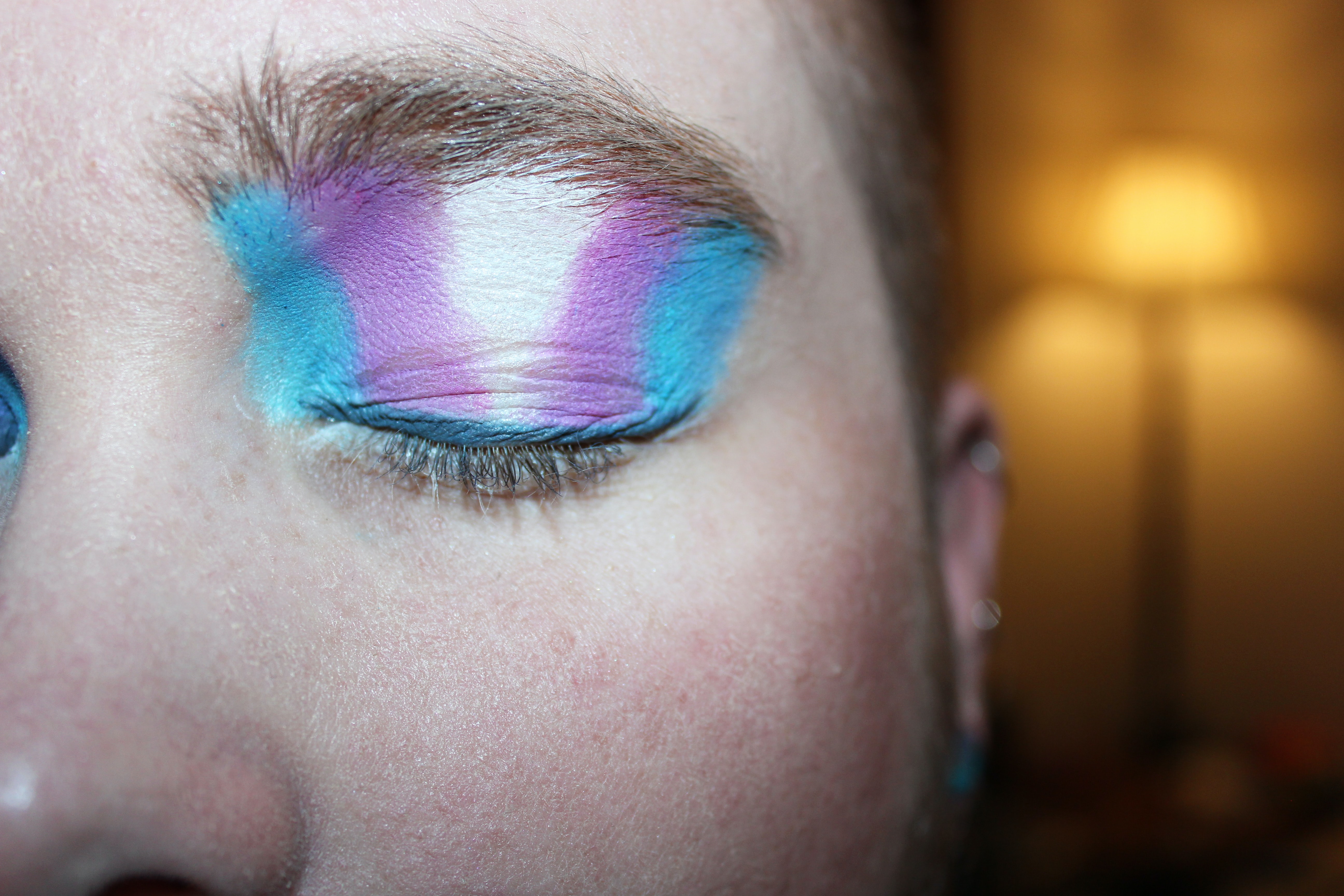 There is so much confusion around trans and non-binary people, largely due to us being conflated with societal shifts and trends. When people are reduced to cultural talking points, it is inevitable that they’ll be dehumanised. For LGBTQ+ History Month, I want to voice the on-going fight trans and gender diverse people face for their personhood to be recognised.

So often, trans people are talked about without their presence, that it feels important to acknowledge I’m a trans non-binary* therapist working with a lot of people who are trans and/or genderqueer.

In a concentrated effort some media outlets and governments, not just in this country, but in many have achieved that people now associate trans people with terms like ‘woke’, ‘culture wars’ and ‘cancel culture’. There are important conversations to be had about generational differences, about the abrupt and violent ways in which people engage with each other on social media, and the cultural shift (with all its dangers) our increasingly interconnected lives lead to, but it is now almost impossible to separate these conversations from a vulnerable group of people – trans and non-binary individuals. This is the tragic result of a two-fold process manifesting itself in the left-right political spectrum.

Right-leaning politicians and commentators use this opportunity to evoke fear and anxiety in people who are not trans and to deflect attention away from their agendas. We’re spoken of as a trend, as an invention, as threats to children.

Left-leaning people patronisingly end up glamorising gender diversity as a sort of zeitgeist, a new generation’s game. Yes, young people are evolving and owning the importance of language, but trans people have been around since there’s been record.

When we conflate gender diversity with generation Z we don’t just do a disservice to trans people who are of an older generation but we also end up pressuring young people the same way that we pressure them around the climate crisis. If it’s all them, then we can comment on their bravery or silly little passions from the side lines without having to do the emotional labour of chewing over important collective questions and real day to day harm some of us face.

Though I would rather be patronised than erased, it feels a little grating how trans and gender diverse people are being held up as important revolutionaries in one way and by the same token we’re spoken of as if we were responsible for everything that is wrong with Western culture. The current estimate is that trans people make up around 1% of the UK’s population and this includes non-binary individuals. This tiny percentage is made up of people of all races, sexualities, abilities and ages. Because it’s a small minority, the vast majority of people who freely argue against the rights of trans people don’t actually have trans people in their lives. It is, therefore, all the more important that there’s on-going recognition of the personhood of those 1%.

The only way to move away from this, now sadly, collective tendency to dehumanise us is to separate trans people from important cultural questions that belong to all of us. But this can only happen with the understanding and help of people who aren’t trans. When you hear the word ‘trans’ being thrown around casually before and after words such as ‘issue’, ‘movement’, ‘culture’, ‘ideology’, be suspicious and if you feel safe to do so, challenge it. You might be up to talking about cultural shifts but make it clear, you’re not attaching these shifts to a vulnerable group of people.

Ways to connect to your personhood

If you’re trans and you’re reading this, it might be good to find ways to connect to your personhood. I work with people who find the following sequence helpful.

You can do this with someone or alone. By attending to your body, your breathing, your feet on the floor you will begin to regulate your nervous system. Finding that sense of home in yourself can be challenging especially if you feel dysphoric.

Focus on the inner workings of your body – your heartbeat, your breathing cycles and sensations rather than your shape or parts of your body you may feel conflicted about. Start with the basics: you’re breathing, you’re alive.

From this notice your awareness of your gender in your body or the lack thereof. You might hold your gender in your heart area, your solar plexus or belly. Or you might be able to connect to your gender through a movement. If you’re agender, notice how it actually feels to not have an experience of gender. It might bring you a sense of being at peace, but you may also feel alone or on the periphery.

This is a good time to remember that there are other people who connect to your experience and you may be outside of a structure but you’re still within humankind.

As your pace slows down and your breathing is more regulated, begin to write down simple statements about yourself at different ages of your life. This isn’t so much about the in-depth understanding of what experiences you’ve gone through but an attempt to give you a sense of continuity.

Mark significant events in your life, and how old you were at each of them. So, you begin to connect to your younger parts in the hope of establishing a relationship with them from a more current, safe, adult position. Embodiment isn’t a step, it doesn’t stop, it’s always there for you and so keep noticing how you feel in your body as you’re writing and going through this sequence.

You can take this narrative further and draw younger parts of yourself to begin to understand what gender experience different parts of you hold. You might take note of whether how your gender was perceived and how you experienced it were aligned or not at different times of your life. Exploring yourself as plural helps you to connect to the whole of you and makes it easier for you to feel warmth towards that whole.

When someone tells you ‘to love yourself’ that can feel an almost unrealistic task. But as you’re looking at a twelve-year-old part of you on a piece of paper, that love might come flooding in.

Engaging with yourself creatively helps to bring your narrative to life but it can also propel you into the possibilities of you. If you don’t feel safe presenting as your gender identity, this might be a chance to draw a version of you that’s more aligned with how you experience yourself. That drawing then can pull you towards your future, serving as a needed mirror when you feel dysphoric.

Dàvid Darvasi is a verified welldoing.org therapist in Central London and online

*Trans / Transgender: Umbrella terms for people whose gender identity isn't aligned with their assigned sex at birth. Some trans people may go through gender affirmative surgery, others may only socially transition if they feel safe to do so. Historically, the term was used by clinicians as a noun, but this is deprecated by trans people who prefer it to be used as an adjective.

Non-binary: People whose gender identity falls outside the gender binary. Non-binary people are trans because they haven't remained in the gender they were assigned (or assumed to be) at birth. Almost all babies are assigned male or female at birth, and non-binary people experience themselves as neither, both, between or beyond those binaries. Some non-binary people use the word trans, some don't as they associate it with medical interventions.

Gender Dysphoria (Used to be called Gender Identity Disorder, currently called Gender Incongruence): A person experiencing distress from the incongruence that exists between their gender identity and assigned sex at birth. They experience discomfort/anguish from the mismatch between how others perceive their gender and how they perceive themselves.