LGBTQ+ Support Services: Why We Need Them
Find a therapist
Find a coach
Join as a practitioner
Log in/register 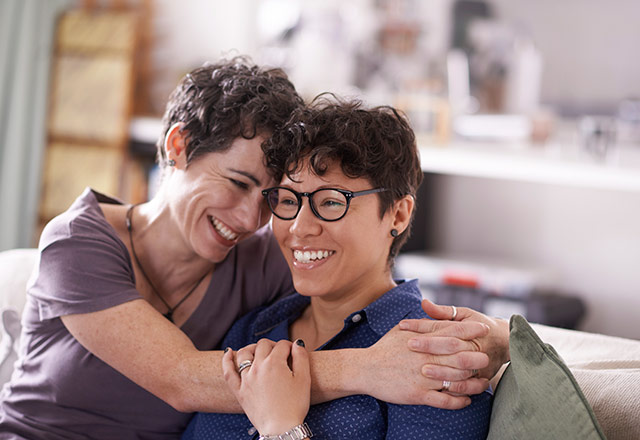 LGBTQ+ Support Services: Why We Need Them

I remember a person walking into the charity where I worked a couple of years ago, fleeing from his country where he had to face torture and the prospect of marrying a woman even though he identified as a gay man. He said to me, ‘I just can’t believe that there’s a place here just for us’. He then made telling remarks of how hard his life been as a gay man when he said ‘the only thing is that the rainbow flag above the door is too colourful’. He concluded that ‘it’s just too cheery for what it represents’.

People who are on the LGBTQ+ spectrum, including non-binary genders and people who are in relationship structures that are non-monogamous, need to be supported with awareness and acceptance. In an ideal world a service where LGBTQ+ people experience a sense of safety wouldn’t need to be a specialist service. However, from listening to clients it is unsettlingly clear to me how often they feel unheard and misunderstood in services that are not LGBTQ+ aware. It shouldn’t come as a surprise though, as we’ve had decades of pathologising people on that spectrum even, or especially so, in mental health literature and services.

Although the American Psychiatric Association removed homosexuality from its official Diagnostic and Statistical Manual for Mental Disorders in 1973, it was only in 1986 that all references to homosexuality as a psychiatric disorder were removed. This came following the hard work of lots of committed individuals who dared to challenge the status quo. Progress often takes a painfully long time and we know all too well that the complex issue of oppression wasn’t gone by making changes to a psychiatric manual. The trauma of maltreatment has had a lasting impact.

We also need to remember that people who enter these services are often from countries where revealing their gender and sexual identities can cost them their lives or put them at risk of being tortured, abused and imprisoned. The research paper by the International Lesbian, Gay, Trans and Intersex Association that was published just last year was a crucial reminder of how widespread the problem still really is. It reported that in 74 countries same sex sexual contact is a criminal offence. It further stated that in 13 countries, being gay or bisexual is punishable by death. Let alone countries where LGBTQ+ people continue to experience violence. Whilst the report was focused on gay, lesbian and bisexual rights, it is strongly believed that similar laws and practices are targeting the Trans communities as well. Seeing the letters of ‘LGBTQ’ or one of its variations in an institution often gives an instant sense of relief to those who are yearning for a safe place.

Whilst I feel privileged to be able to talk to people and learn from them it is a shame that so little is still being taught on sexual and gender diversity on counselling and psychotherapy training courses. Most colleagues I talk to have barely, if that, had a workshop on the subject of the LGBTQ+ spectrum. So it is no wonder we end up with support services with well-meaning mental health practitioners who are completely unaware of the struggles LGBTQ+ people experience.

Some argue that services that are exclusive in their support of people of sexual and gender minorities further a division in society. I would argue that inevitably a division is already there and we cannot effectively support people by alluding to the oblivious notion that every service is for everyone. Living in a society where everything often feels exclusively heteronormative people who in their identities and/or practices fall outside of that need to be seen and heard. LGBTQ+ services need to exist to respond to the needs and safety of many and we need to stay vigilant in continuing the work for a more whole and integrated society.