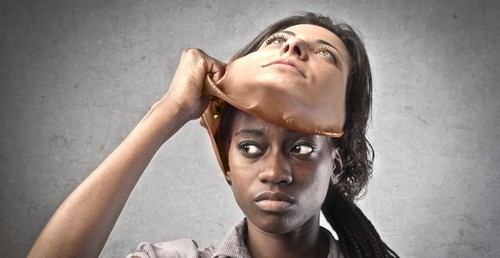 I first witnessed the disturbing force of the imposter syndrome while doing research on young people at the cusp of adulthood.  As they leave the family home and their long term friends for the wider world - either of higher education or employment – the familiar comparators shift, and with it, their comfortable place in the pecking order of peers.

The fear that your true ineptness will be exposed

In defence, some act like peacocks, displaying confidence to attract attention and mark status.  With lots of people around them also strutting their stuff, they may be taken in by the displays of others; while harbouring intense anxiety about their own abilities, they are unaware that inner feelings of confusion, uncertainty, ignorance and self-doubt are widely shared.  Instead, they feel shamed by self-doubt, which they take to be a true measure of their meagre worth.When they get good grades in class or promotions in the workplace, they feel alarm rather than pride or reassurance; they experience success as an error of fortune, and worry lest they be exposed for the fraud they believe themselves to be. This split between experience of success and low confidence levels is the crux of the imposter syndrome.

Is the imposter syndrome essentially destructive?

Recently the imposter syndrome has come to the limelight in discussions of gender equality.  Whereas once underlying causes of women’s stalled rise to equality have been located in social bias or child care burdens, researchers now focus on internal impediments, in particular “imposterism”. The belief that you receive praise and experience success because others have inflated views of your abilities, alongside the fear that your true ineptness will be exposed, have been cited as a root cause of women’s failure to seek and obtain high level promotion.  While people far less conscientious and competent blaze ahead, the person gripped by impostorism decides to lower her sights and seek out some comfort zone in which demands are modest and over-easily met.

Advice given to such people is to mimic the brazen confidence seen in some successful men.  But is this sound advice? And is the imposter syndrome really as destructive as assumed?

“The trouble with the world is that the stupid are cocksure and the intelligent are full of doubt”.

Studies based on interview material that suggest that women who decide to downshift often express relief at no longer having to deal, day-to-day, with the exhausting task of keeping up a front and fearing failure.  But the importance of a confident front varies across work cultures; in cases where smart-seeming people are generally male and white and within a specific age group, it would be far more effective to change the work culture than to persuade women to cut their psychological cloth according to a specific guy fashion.  Moreover, there is also evidence – counterintuitive, but evidence nonetheless - that imposterism may improve one’s performance.  Confidence is greatly over-rated: neither negative views about one’s own abilities (one aspect of the imposter syndrome), nor inflated views of one’s abilities (associated with absence of imposterism) is predictive of either failure or success.  Drive, determination, focus, persistence are actually quite distinct from thoughts commonly associated with self-esteem or self-doubt.  As Bertrand Russell said, “the trouble with the world is that the stupid are cocksure and the intelligent are full of doubt”.

The presumption that the imposter syndrome is destructive is itself counterproductive.  A multitude of “shoulds” now adhere to it: women should learn to play the display game; women should conquer the anxiety that rests on modesty.  These adhering “shoulds” may lead to the conclusion that if feelings associated with imposterism persist, then you are not fit to sit at the top.

Just as a child learns social, motor and intellectual skills by playing, so too do adults learn by practice and pretence.  Most people have to fake it before we make it.

The difference between realistic modesty and depression

Discussions of the imposter syndrome tend to be pretty casual, and imposterism is often confused with depression.  In a depressed mind-set, where every accomplishment exposes you to terror of exposure, even positive experiences are interpreted in ways that reinforce your negative mood: “I was only promoted because I was lucky; I am not worth anything, really.”  This dark place, seething with self-loathing, stagnant with negativity, is not gendered; it is the terrible shape of depression.

The more common form of imposter syndrome simply signals that we have stepped out of our comfort zone.  In this context, a more effective advisory is that imposterism is a normal process in confronting new challenges. Just as a child learns social, motor and intellectual skills by playing, so too do adults learn by practice and pretence.  Most people have to fake it before we make it.  Instead of viewing the imposter syndrome as an impediment or weakness from which we “suffer”, it should be seen as a gauge for realistic uncertainty.  However stellar our past performance, with a new project or in a new context, we face possible disappointment or failure.  To avoid this, we have to learn new skills, to prepare well, to consider others’ views, to reflect on and assess our own performance.  Impostorism motivates us to address the contingency of success.  If we persist in vilifying it, we buy into the confidence game and undermine the potential value of modesty and motivation.