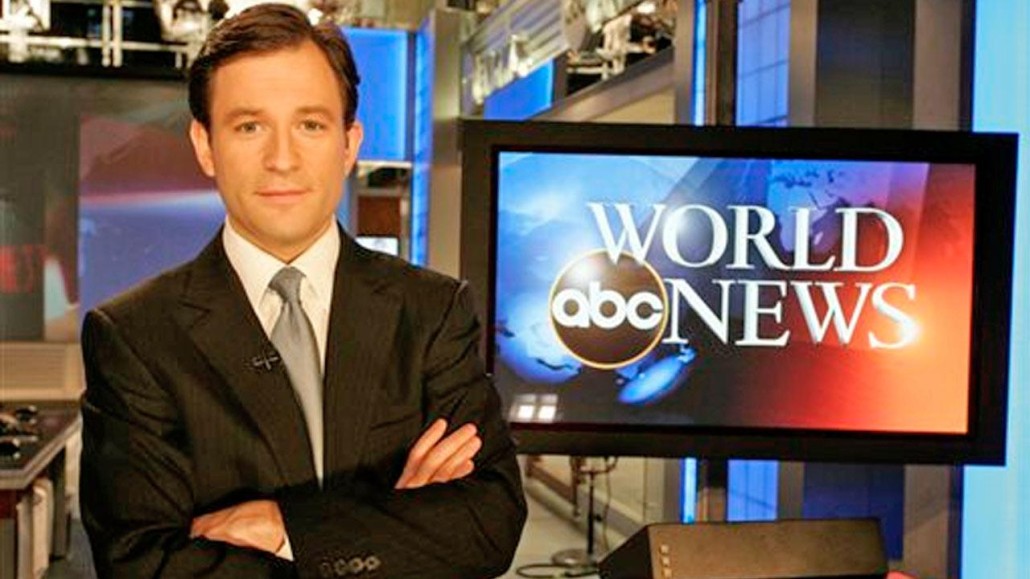 Before his nationally broadcast panic attack on ABC news, Harris was your average over-worked, professionally anxious reporter. He'd joined the network at the extremely young age of 21, and was thrown into the deep end when he was sent to Afghanistan to cover the Taliban.

After a long stint dodging bullets in Afghanistan and then Pakistan, he returned home to a studio-bound job with a severe case of undiagnosed post-traumatic stress disorder. He dealt with this by dosing himself up on cocaine. But the unrelenting pressure of the newsroom eventually became too much for Harris. No longer able to measure his self-worth by his last story, he crumpled under the pressure.

On June 7 2004, live on-camera during a morning news report, Harris was overcome with panic. The colour drained from his cheeks, his face started to uncontrollably contort and his breath shortened.

Although, some of us suffer from panic attacks, very few of us do so on-air, in front of an audience of five million Americans. Harris says his panic attack was the “direct result of an extended run of mindlessness, a period of time during which I was focused on advancement and adventure to the detriment of pretty much everything else in my life".

After what he called the single most humiliating moment of his life, Harris chose to radically re-examine his life, embarking on a path of self-reflection, psychotherapy and meditation. His journey involved numerous encounters with psychologists, church leaders and spiritual gurus. He even met with Eckhart Tolle and the Dalai Lama.

Throughout this period, the ABC network stuck with him, appointing him their religious correspondent. Nevertheless, Harris failed to find answers to his problems in this role. Instead, he turned to Buddhism and eventually meditation.

Prior to his breakdown, Harris suffered against an inner battle of low self-esteem and stress. He describes this internal harangue as “the voice we all have in our head …. Most of us are so entranced by the non-stop conversation we're having with ourselves that we aren't even aware [of it]".

According to Harris, it is this voice which “has us losing our temper unnecessarily, checking our email compulsively, eating when we're not hungry, and fixating on the past and the future at the expense of the present". Through meditation Harris taught himself to let go of his angst and enjoy the here and now.

As a self-confessed sceptic and pessimist, Harris retains a healthy dose of scepticism and humour. As he says, "I don't think meditation is going to solve all of your problems; it's not going to help you win the lottery or make you taller but it's definitely a value add and it will increase your happiness".

Dan Harris's top three three reasons why you don't try meditation – and why they're all stupid:

I get it. I used to feel this way, too. But there's a reason why business people, lawyers, and marines have embraced meditation. There's no magic or mysticism required - it's just exercise. If you do the right amount of reps, certain things will happen, reliably and predictably. One of those things, according to the research, is that your brain will change in positive ways. You will get better at not being carried away by your passing emotional squalls; you will learn - maybe 10% of the time, maybe more - to respond, not react. We now know that happiness, resilience and compassion are skills, susceptible to training. You don't have to resign yourself to your current level of well-being, or wait for your life circumstances to change; you can take the reins yourself.

I call this the "fallacy of uniqueness" argument. People often tell me: "I know i should meditate, but you don't understand: my mind just moves too fast. I can't possibly do this". News flash: welcome to the human condition. Everybody's mind is out of control. Even experienced meditators struggle with distraction. Moreover the idea that meditation requires you to "clear your mind" is a myth.

Everybody has five minutes. My advice is to start with five minutes a day and to tell yourself you'll never do more, if you increase your time gradually great. if not, totally fine.

Click here to buy 10% Happier: How I Tamed the Voice in My Head, Reduced Stress without Losing My Edge, and Found Self-help That Actually Works - A True Story