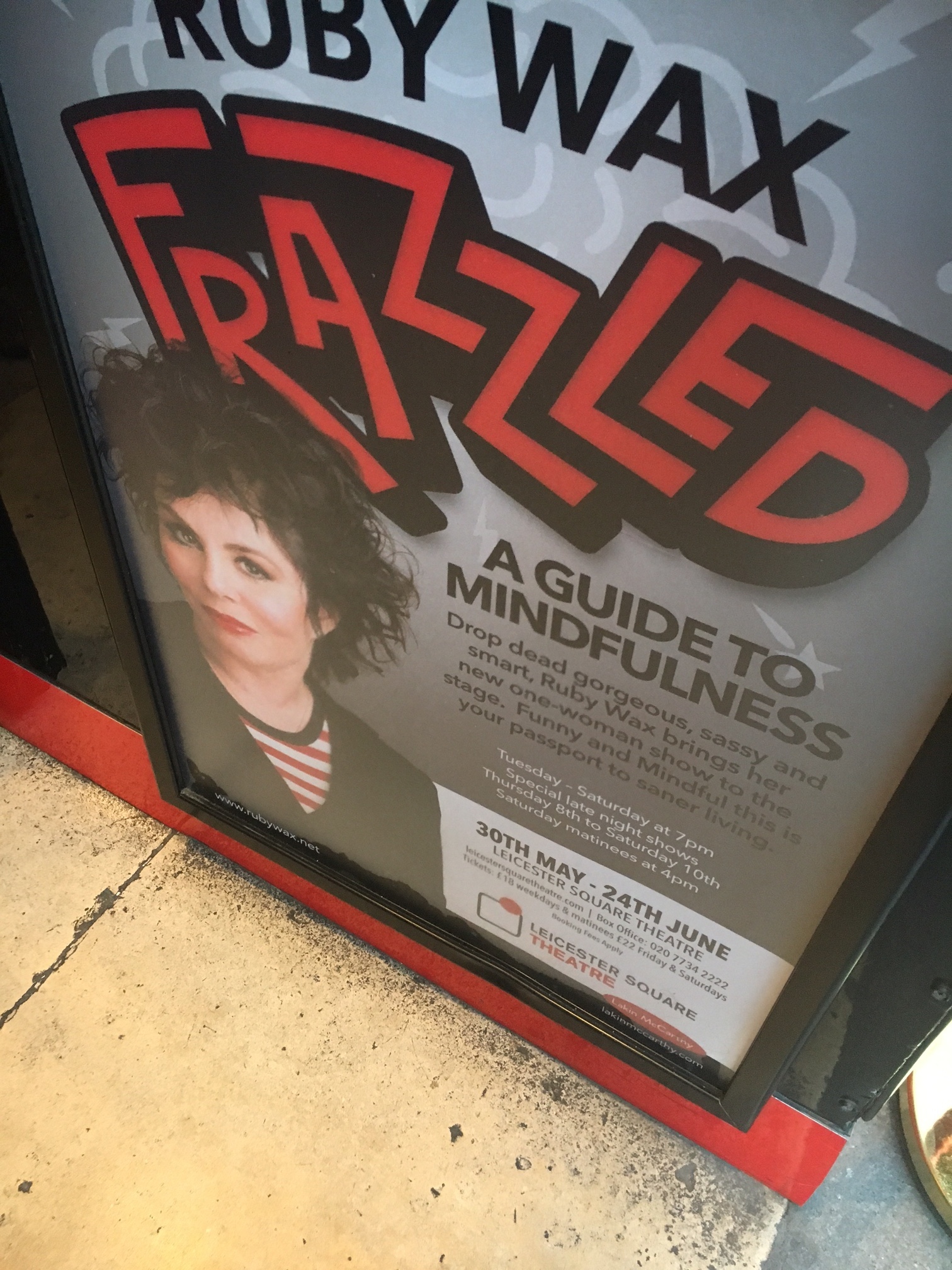 This week Ruby Wax's new show Frazzled opened at the Leicester Square Theatre in London. Anyone who has followed Ruby's recent trajectory, away from the in-your-face humour of the early days on TV with French and Saunders and other comic chums, and into the realms of mental health and mindfulness will know to expect something different from run-of-the-mill standup.

The audience was largely made up of fans and, from the Q and A session that took up a third of the show, many came with experiences of mental health problems or they worked in the area. People appreciated the camaraderie and advice she gave -– one woman asked her out for lunch, she was so grateful for how Ruby's books have helped her cope with her latest problems –– but they also connected with each other in a rare and moving way.

The show itself is, as The Times critic noted, rather thrown together: "sometimes you get the impression that Wax must have scribbled out the script half an hour before she set foot on the stage". But then, she's not there as a standup comedian so much as a survivor. Her own dysfuncitonal childhood and her life-long depression are mined for humorous effect, but they are also the reason she did a degree in mindfulness psychotherapy at Oxford University. She led the audience in several examples of how to use mindfulness practice to calm their anxiety, and they seemed genuinely appreciative.

I would say it's not a show for the hen nights of the West End, but one of the evening's touching moments came when a young woman who works with children struggling with mental health problems prefaced her comments with an apology for having drunk too much. It was what she and her friends needed occasionally to deal with the work they did every day (and it was half-term).