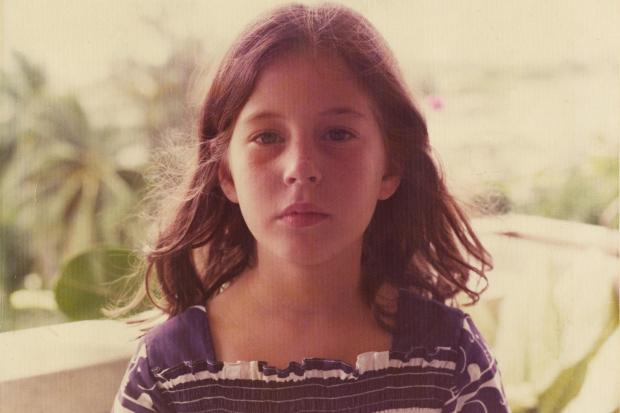 Ariel Leve came to understand that her mother was  - and is - truly disturbed relatively late in life. She knew no different as a child of course, and slowly learned how profoundly her trust in the world was corrupted by the narcissism and staggering inconsistency her mother relentlessly played out. An accomplished journalist, Leve's recent memoir asks us to witness what she went through, and in so doing, help her make sense of her chaotic past, and to ensure her of its truth. ‘My mother made me doubt and question my perceptions. The loving and warm persona that followed the tirades confused and destabilised me. I wanted a witness. An ally. To verify. To have proof.’

Now in love with a man as silent as her mother was noisy, I suspect this successful relationship with a consistent, predictable and loving man, enabled her to examine, reflect and write about all that went wrong - as well as therapy with ‘Emily’, who teaches her about the effect of mothering like Leve’s mother did would have on any young mind and soul. We hold her hand as she takes stock, and squeeze it tight.

An Abbreviated Life is a painful read, lapping from the past to the present in a sometimes lyrical way, like the sea Leve moved to be by after years of New York and London living. Raised in ostensible wealth and privilege in Upper East side Manhattan, Leve's mother was a Bohemian and accomplished poet, surrounding herself with the literati (famous names included), yet always suffering as a result of her unquenchable thirst for attention, admiration and rapture. She would attract and repel people in equal measure and her polarised behaviour played out with her daughter too: Leve would be told that she was loved and hated in equal, successive measures.

Too fearful to let go of the phone as it would mean ending a conversation and therefore attention, Leve's mother would pee herself. If she was at home, she would be entertaining until the early hours or lying around on her bed, oblivious of her daughter unless she could satisfy a desire for attention. She would rarely stick to her word, promising to eat a meal with Leve, or tuck her into bed before doing neither and leaving to party or see a boyfriend, sometimes until the next day. Leve took solace, and emotional nourishment from long-suffering nannies and long summer breaks with her far more kindly, introverted father in the Far East. She wanted to live with her father, and we wish that for her too, but one attempt to do so incurred the wrath of her mother so much, it wasn't risked again.

Leve was told not why her mother is so disordered, but rather, why it was that her mother suffers so much. Her mother would repeat  ‘the story of her victimhood. The story of her abandonment. The story of her life'. Sent to boarding school at seven after her parents' marriage dissolved, her own mother Mae, went on to marry another man and have three children with him. So, the story was that ‘my mother was thrown away’. This would be repeatedly told in an effort to elicit sympathy rather than apology: ‘My mother would point out how fortunate I was to have a mother who wanted me around. ‘At least I don’t throw you away,’ she’d say. Pain was her province. My grandmother, as my mother repeatedly frequently, scarred her for life’. In this memoir, we come to understand Leve's great efforts not to repeat the cycle of pain nor transmit her trauma unconsciously, and through her relationship with her boyfriend’s twin daughters, we learn that nurturing isn’t too difficult for her after all.