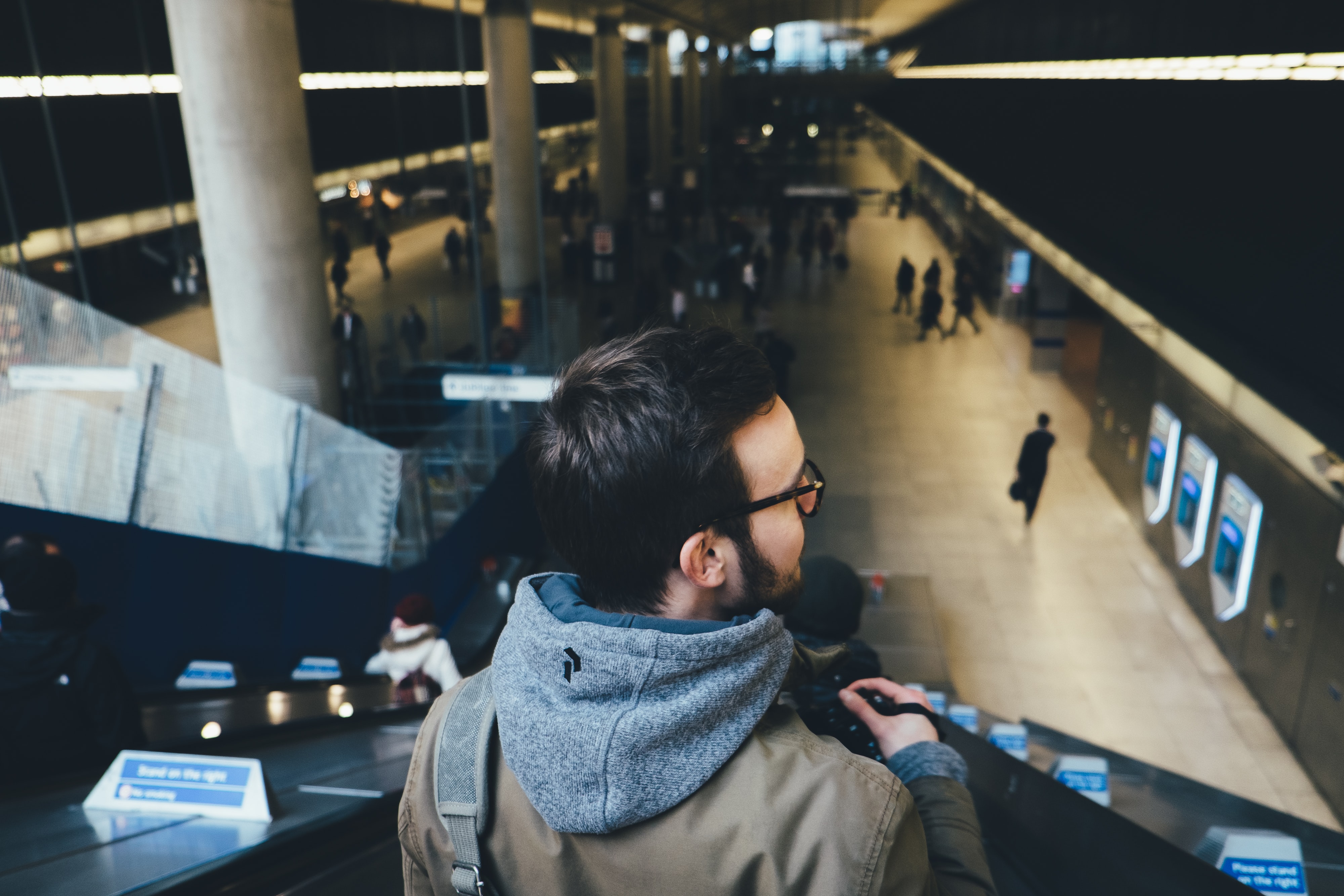 What It's Like to Bump Into Your Therapist in Person

I saw my first therapist, Alexis, from 2000 to 2017, with a brief hiatus of two years when I decided I didn’t need see her any more. (Worst decision of my life – it turned out I really did need to see her, but had instead decided to lie to her, and myself, about the relationship I was in and the support I believed it could offer me in place of therapy. Anyway....)

I just saw Alexis at the train station near her house. I didn’t realise it was her until I was on my train. She was standing chatting to a friend, and I only saw her from behind as I walked past. But it was her.

That was the third time I have seen her since she retired three years ago. The first time, I again didn’t realise it was (probably) her that I had passed in the street near her home until it was too late and she had disappeared. That time, I didn’t recognise her because she looked so different from how she had been at the end of our last session some months earlier. Different enough for me to doubt whether it had actually been her. Different enough for me to worry about how frail she looked, and whether the reason she had given me for her early retirement - an illness in her family - was actually more closely related to her than she had wanted to say.

The second time I saw Alexis was planned. We have been in occasional email contact since she retired, and last autumn she invited me to her home to catch up. I experienced a whole range of emotions – though as ever, mainly anxiety – in advance of and during the time we spent together. Anxiety that the emotion of seeing her again would overwhelm me and prove an obstacle to communication (It didn’t). Anxiety about the shift in our relationship, from client and therapist to…. well, I was not sure what, beyond former client and therapist, and what this would mean as we navigated a discussion about recent, personal events, which included some significant trauma and losses. (I realised that the relationship has remained what it was and still is: the relationship between me and Alexis, albeit we no longer see each other twice a week.) And curiosity about visiting her home for the very first time. (I had never been there, having always seen her in her consulting room.) In the event, we stayed in one room in the house, and I made an almost superhuman effort not to be too curious!

Why the therapist-client relationship is different

While psychotherapy has moved on from Freud’s idea of the therapist as a blank slate – a concept that in any case even Freud didn’t always adhere to – the therapist does not generally divulge a huge amount  of personal information during the course of a therapeutic relationship with a client. It is of course possible to draw conclusions from a whole range of visual and verbal clues that an individual - even a therapist! - reveals over the course of a relationship. Being both instinctively  nosy and also someone who is very aware of the messages conveyed by external appearances, I had drawn many of my own conclusions over the years. One key indicator of a significant shift in our relationship, when I met Alexis in person, was her willingness to share details of her personal life with me. It felt almost surreal that biographical details that had been necessarily, carefully guarded by Alexis throughout our therapeutic relationship were suddenly, willingly shared with me. This then gave me the opportunity to evaluate the accuracy of the conclusions I had drawn, and the assumptions and guesses I had made over the years.  Most of them turned out to fairly accurate; some turned out to be completely and laughably wide of the mark. I should also admit that I had also done my fair share of googling over the years. In part, this came from a need to feel closer to Alexis - even if only virtually -  particularly at times when I wasn’t seeing her during the Christmas, Easter or summer holidays. I think it also came from a psychological need to know more about the person who was having such a profound impact on my life, albeit I knew at the time and certainly appreciate now that that knowledge could have potentially posed a significant threat to the effectiveness and stability of our therapeutic relationship.

A therapeutic relationship, in my experience, is like no other, and yet also holds a magnifying mirror to all of our other relationships. It develops its own rhythm and characteristics, yet its dynamics often replicate the patterns of relating we follow in other areas of our lives. Its uniqueness lies in the fact that it exists apart from the realities of everyday life, albeit they are often present in the consulting room as we work with our therapist to unravel both their meaning and the path we choose to take through them. I am currently studying for an MSc in Psychotherapy, and one of our first units focused on theories relating to the different kinds of relationship a client may establish with a therapist. These include a reparative relationship - in which the therapist often assumes the position of the parent who was unable successfully to fulfil a developmental role in the client’s childhood - and a person - to - person relationship, a dialogic relationship in which an interpersonal alliance is built between client and therapist. In fact, a therapeutic relationship may move between different relationship models, depending on the client’s need at a particular time. In my experience, whatever the theoretical model of relationship and whatever the modality of psychotherapy the therapist employs, the greatest value lies in the actual, real-life relationship between the two people in the consulting room.

When I got on my train, I cried for a little while (into my face mask…) Partly due to a swell of emotion; I still miss Alexis, and still value everything she did for me. But mainly because of the jarring effect of the disconnect between a casual sighting at the train station and the fact that the person whose path I crossed had and continues to have a more profound effect on my life than anyone else in it.

Should you Google your therapist?

I was sexually attracted to my therapist

10 reasons your therapist might not tell you what to do