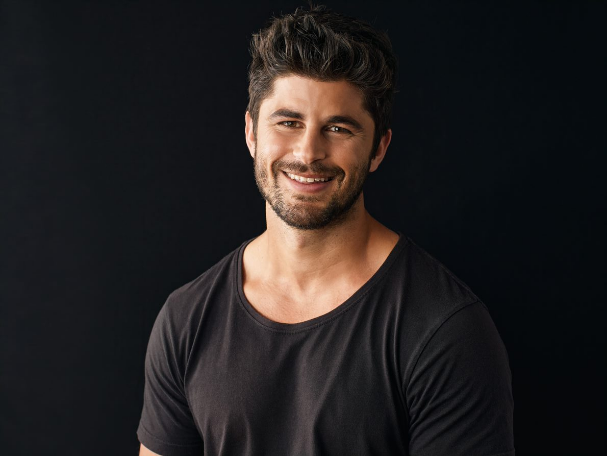 What I Wish I Had Known About Mental Health

When I was growing up, I didn’t really know what mental health was. All I knew was that I had extreme thinking that would manifest in different ways.

From as far back as I can remember, I overthought everything with a running commentary in my head that never turned off. I can also see that I had OCD issues and obsessive thoughts, which, looking back, completely ruled my life.

It’s important to understand that these intrusive thoughts can be related to all things, big and small. Sometimes it becomes a fixation about big things such as the obsession with competing in sport. But often the fixation can arise around more trivial things, such as buying an item of clothing or getting a new computer. I can remember obsessing about purchasing a new laptop. My previous one was worn out and I had to buy a new version, the latest model. The new computer was slightly bigger but still completely portable, and better in every way. Rather than enjoying the convenience of this I began obsessing that it was not as small as my past laptop and that it would be too big to carry around. I panicked, trying to return it and desperately called around asking if they still had the old version in stock. This went on for weeks until I eventually got used to the new computer. Looking back, it was an utterly pointless and ridiculous thing to obsess about. But I can remember many similar examples, all of which made no logical sense. The point here is that the thinking patterns are usually not about the actual item or event itself, but more so about a deeper issue or habit that needs to be reconditioned.

Again, I didn’t know any differently. I didn’t have the self-awareness, knowledge or openness to question what was going on in my head all the time. So I suffered in silence, like so many others. My life’s purpose today is to effect global changes in mental health. It’s taken all my life to get to this point, and while I never imagined as a kid that this would be my path, I’m very proud to stand up and say that it is. Mental health is a global epidemic. Poor mental health is the leading source of disability around the world, with depression being the leading cause. Specifically, depression and anxiety cost the global economy one trillion US dollars every year.

One trillion! That’s a big figure — a million million — that’s the number 1 followed by 12 zeros. I can’t even wrap my head around it. Globally right now, there are more than 300 million people suffering from depression.

In Australia, untreated mental health issues cost Australian businesses at least $10.09 billion per year. According to a 2012 study by US publication Scientific American titled ‘The Neglect of Mental Illness Exacts a Huge Toll, Human and Economic’, untreated mental illnesses cost more than $100 billion per year in lost productivity.  Even scarier, mental health issues will cost the world US $16 trillion by 2030. It’s a huge problem, and it affects people from all walks of life — from poverty to privilege.

What is mental health?

The World Health Organization (WHO) defines mental health as:

A state of wellbeing in which every individual realises his or her own potential, can cope with the normal stresses of life, can work productively and fruitfully, and is able to make a contribution to their community.

For me, the key focus is the first four words: ‘a state of wellbeing’. Breaking it down further, it’s the word ‘state’. A state is a condition, or a mode of being. It’s not static, but rather a fluid motion that is moving. Therefore, I see mental health as a continuum that moves between various states, ranging from mentally unwell to mentally healthy.

As a kid, teenager and young adult, I remember being in varying states of mental health. Sure, there were great days, but there was always the running commentary and the extreme compulsion for whatever my chosen coping mechanism was at the time — whether that was sport or alcohol.

Today, as a much healthier and happier person, I manage the compulsive behaviours through healthy habits and routine. There are some days where I’m up, and some days where I’m down. Some days I don’t have all the answers, and that’s OK. It’s more normal to have ups and downs than to be happy all the time.

By framing mental health as a moving state, you can strip it back so that it’s easy to understand. And that’s what we want to try to do here, because if something is easier to understand, it’s so much easier to manage.

Another way to look at it is that mental health needs to be viewed in the same way as a broken arm: if you break your arm you go and see a doctor. If you have a problem in your mind, you should go and seek help in exactly the same way because these are both common problems that can be managed and fixed.

The first step is about just doing something, whether that be calling a friend, speaking to a professional, taking some time out or calling a free anonymous help line (these can be found by typing ‘anonymous helpline’ into Google).

Never wait and hope things will get better. If you’re suffering, do something. It may be venting to a friend or it may be getting professional help. The longer you let it manifest, the harder it will be to deal with. Get on top of it now.

Nick Bracks is the author of Move Your Mind: How to Build a Healthy Mindset for Life

Can you convince someone with depression to get help?