Wellcome Book Prize 2016: It's All in Your Head by Suzanne O'Sullivan
Find a therapist
Find a coach
Join as a practitioner
Log in/register 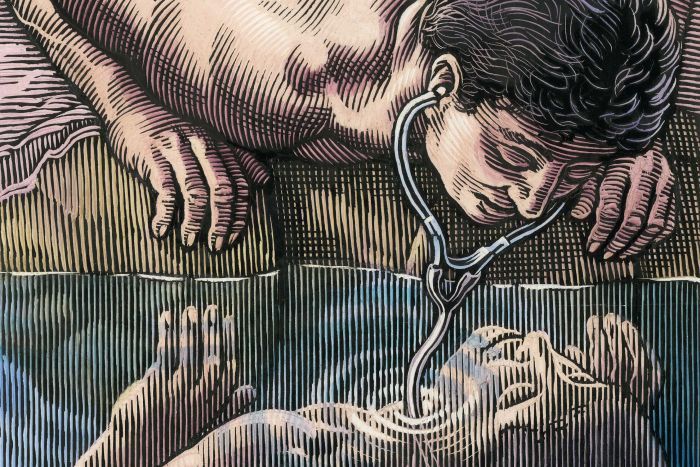 Wellcome Book Prize 2016: It's All in Your Head by Suzanne O'Sullivan

The process of making a diagnosis of a functional or conversion disorder relies on ruling out disease. There are no exceptions to this. Sometimes when the doctor has listened to the patient's symptoms and examined them a psychosomatic diagnosis seems inescapable.

Even when that is the case it is vital that all possibilities be considered and all appropriate tests be done - otherwise mistakes will be made. This is a lesson that Fatima helped me to learn.

I had not been a neurology registrar for long when Fatima and I met. She made an impression. She walked into the basement room wearing dark glasses. As soon as she sat down she asked me to turn off the fluorescent light that had flickered lightly as she sat down.

'Can you turn the lights off, please,' she asked. 'Light triggers my migraine'.

Even when the room was dark she kept her sunglasses on. Before we could talk she fumbled through her bag, found a piece of chewing fum and popped it into her mouth.

'Chewing is the only thing that helps my jaw pain,' she said.

It was a busy morning and I could feel my patience slipping away. She had barely begun to tell me her story and already I felt irritated. As I listened I wanted to say, stop, I've heard this one before. Fatima had suffered with chronic headaches, stomach pain and joint pain since her teen years. She took a cocktail of drugs to control her pain. Each medical problem had been thoroughly investigated. When she was twenty-seven the pain had moved and she had been admitted to hospital with crushing chest pain. Despite her young age she was investigated for a possible heart attack. Nothing was found in the tests but she continued to take aspirin to thin her blood and a cholesterol-lowering tablet. Just in case. She had kept the label of heart disease, even after it had been disproven and she had been discharged from the cardiologists.

Before we met I had read every page in Fatima's extensive notes. At the top of each letter was a list of medical problems. The most recent one read: migraine, arthritis, angina, irritable bowel syndrome, possible hypertension, abnormal liver function tests. Fatima was thirty-five years old. She did not smoke. She did not drink. I recognised the list, I had seen many like it before.

Fatima had come to me convinced she had suffered a stroke. She had noticed that her right hand had become weak. When I asked Fatima to put her two arms out in front of her so that I could establish how severe the problem was, she lifted both her arms but quickly her right fell back down by her side. When I tried to test the strength of the arm by asking her to push against me she said she couldn't and could not even be persuaded to try.

Fatima wanted to have a scan. At that time people waited months to be investigated or to have tests. I didn't want to add Fatima to that burgeoning list.

'I think your symptoms may be psychological'.

'My doctor told me it was a stroke. So you're right and he's wrong. Is that it?'

Three months later I saw Fatima's name on the list of admissions for that afternoon.

'The porters phoned and need somebody to come and collect a lady who has prostrated herself across a row of chairs in the reception area!' A nurse informed me.

Fatima had travelled by public transport, but almost as soon as she had stepped into the foyer of the hospital she declared herself overwhelmed by fatigue and weakness and unable to walk even one step further.

Over the course of the day Fatima had the tests that were planned for her. When the investigations were complete the nurses asked me to see her to verify that she was safe to go home while we waited for the results.

'How have things been, Fatima?'

'My arm has been getting worse'.

I examined her again and the arm that I had seen her freely use all day to shade her eyes flopped repeatedly down by her side when I asked her to hold it in the air.

The following morning I went to see the radiologist who had done the scan.

There right in the middle of the scan, superimposed on the grey of the brain, was a white ball of tissue that most certainly should not have bee there. Fatima had a brain tumour and it sat just in the place that when compressed would lead to weakness of the arm.

I have thought of Fatima often since that day.

This is an edited extract from Suzanne O'Sullivan's 'It's All in Your Head', which has been shortlisted for the Wellcome Book Prize 2016.