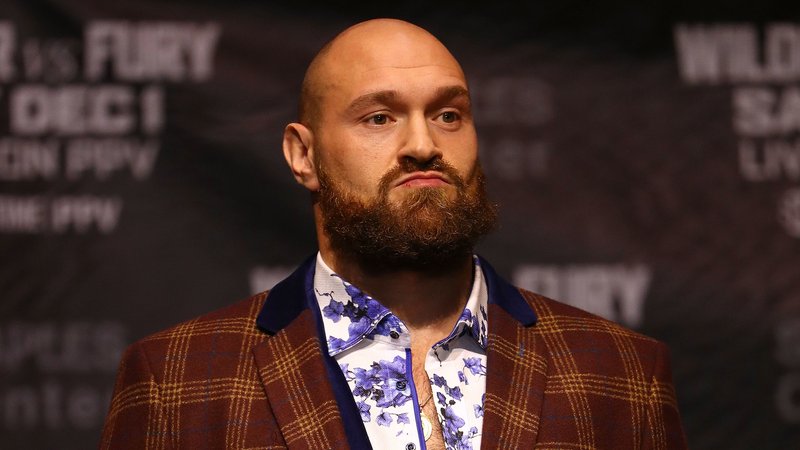 Tyson Fury Opens Up About Struggles With Depression

Heavyweight champion Tyson Fury has opened up about his experience of depression and difficulties with substance abuse, which overwhelmed him in the years after winning the 2015 title.

Struggles with drink and drugs, and the eventual enforced relinquishing of his world titles, led to a difficult period of deep depression. Speaking on UFC commentator Joe Rogan’s podcast, Fury recounted how he wanted to take his own life: "“I just wanted to die and I wanted to have fun doing it. But when the drink wears off it just leaves you with a bad hangover and even worse depression."

Research by the Technical University of Munich has shown that individual athletes and sportspeople are more vulnerable to depression than those who play in teams. Professor Jürgen Beckmann, the university’s chair of sports psychology, says: “Individual athletes attribute failure more to themselves than team sports athletes. They take the blame more than team players. On a team there is a diffusion of responsibility, as social physiologists would say, compared with the performance of an individual athlete.”

Fury was not, however, dealing with failure. The time before his struggles with depression was marked by great personal success. Reminiscent of Michael Phelps' experience - about which he recently spoke - it's a stark reminder both that mental illness does not discriminate in favour of the successful and famous; perhaps, even, marked success is often a precursor to psychological difficulties.

As Fury noted: "When you have a goal in mind from being a child - and you achieve it... I was lost, I didn't know what to do. When I was an amateur I used to watch Wladimir Klitschko on TV and he was my target, when I beat him, that was my Everest.

"I tried retiring, but it wasn't enough. I tried golfing, clay pigeon shooting, 4x4-ing, strip clubs but I had an emptiness inside."

Why might goal-setting, and more specifically the achievement of goals, lead to depression?

Psychologist Tal Ben-Shahar calls this the Arrival Fallacy - the idea that if we just focus on achieving X or Y, then we will have 'arrived'. The problem being, that once we reach our goal, all the energy and focus we were directing towards it has nowhere to go. Often, this energy level is so intense and we have become used to pushing ourselves hard towards our goal, and so we can fall into the trap of directing this same level of high energy and limit-pushing towards potentially more damaging behaviours. Perhaps this is in part what led to Fury's struggle with substance abuse.

This is a problem that can affect anyone, and is a reminder of the importance of nurturing a holistic sense of self-worth and self-esteem that is not dependent on our achievements.