Sally Brampton Inquest: the Help that Never Came
Find a therapist
Find a coach
Join as a practitioner
Log in/register 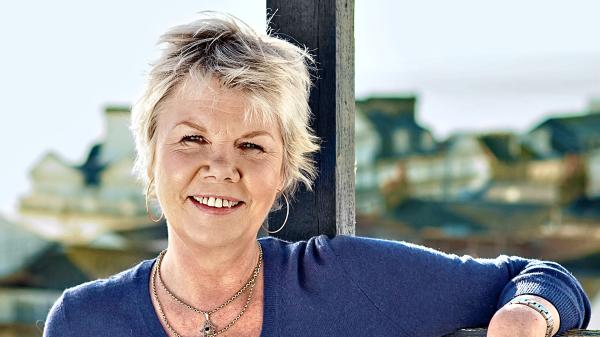 The inquest into the death of writer and journalist Sally Brampton in Hastings this week brought back into the news the question of access to our mental health services.  The coroner’s court heard  that Sally was “in crisis” in March 2016, and in spite of referrals from her GP, two separate opportunities to help her were missed by local mental health services. On May 10 she drowned after walking into the sea near her home in St Leonards on Sea.

Having been the launch editor of Elle in the mid-1980s and author of four novels in the 1990s, Sally had a breakdown in 2002 and later wrote a highly-respected memoir of her depression, Shoot the Damn Dog: A Memoir of Depression. She was prepared more than most to speak plainly about her experience and became known as a campaigner around mental health issues with her Sunday Times advice column and Psychologies magazine column.

Louise Chunn, founder of welldoing.org had known and worked with Sally Brampton for 30 years, and wrote about the inquest’s findings in The Telegraph the next day. “Sally told me, at an event around the time of her book publication, that she wrote it because in hospital, following her breakdown, she saw so many people suffering, ashamed and silent and they hadn’t asked for help.

“An irony of her situation is that she did ask for help, and as a person who wrote about mental health and clinical depression so that others did not feel so alone, she knew about the system. How much harder would it be for someone who did not have her knowledge?”

Sally had been seeing a private psychiatrist and twice asked for help through her GP, but neither time did the referral lead to anything.  According to her psychiatrist she “painted a very jaundiced view of local services”.

As explained in the Telegraph, "The Improving Access to Psychological Therapies programme (IAPT) was  introduced in 2009 to bring talking therapies into the NHS. A visit to your GP to talk about mental health problems may result in medication or a mental health professional may put you forward for talking therapies. Currently most people will be offered either an online computer programme or cognitive behavioural therapy (CBT) with a strictly limited time-frame."

Janet Weisz, new chief executive of the UK Council for Psychotherapy (UKCP) told Louise Chunn that  IAPT was a good idea but the rollout “was not what we’d hoped. CBT is fine but but for people with long-term problems like Sally,  it would have only provided short-term strategies. Medium and long-term clients are very poorly serviced by the NHS.”

Weisz, added, “When I work with suicidal patients, there is nowhere for them to go. I can send them to A+E and sometimes they will get onto a crisis team, but then it’s back onto a waiting list.”

Louise Chunn also spoke to Paul Farmer, chief executive of  Mind who agreed there is still much to be done to help people with mental health issues, especially long-term ones. “We are challenging the way that mental health has been underfunded for too long in our society.”