Multiplicity in the Mainstream: Why This Therapist Loves HBO's The Flight Attendant
Find a therapist
Find a coach
Join as a practitioner
Log in/register 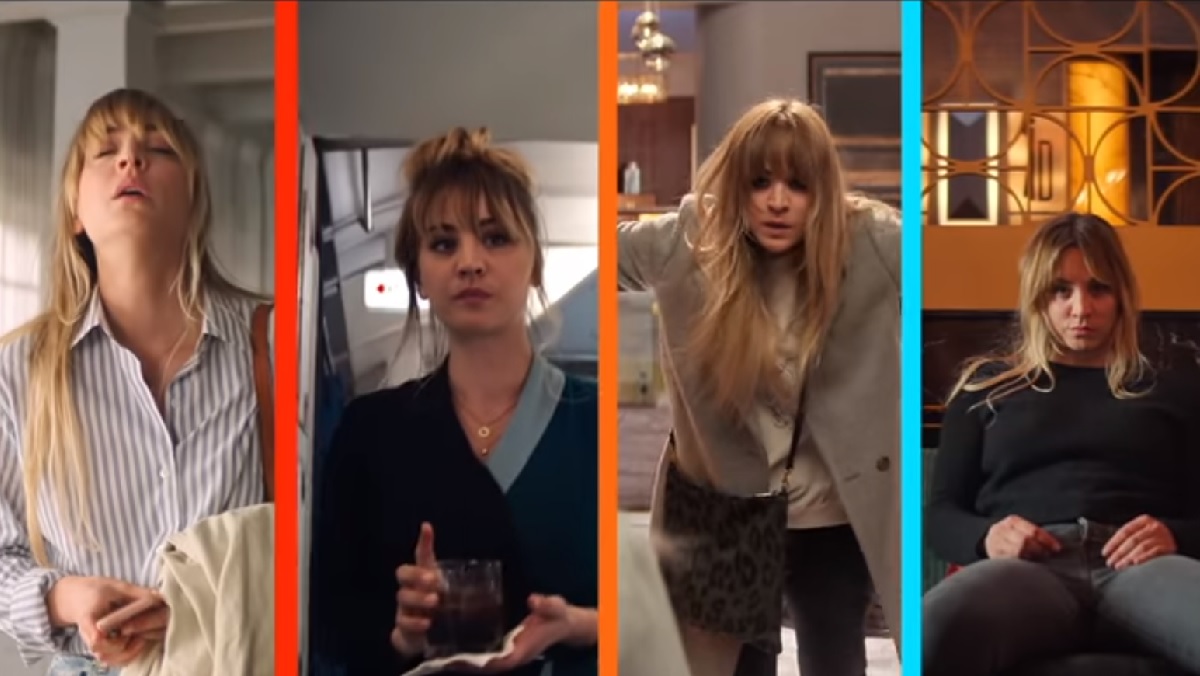 Multiplicity in the Mainstream: Why This Therapist Loves HBO's The Flight Attendant

The past few weeks, I’ve been getting to know The Flight Attendant, and Kaley Cuoco’s chaotic, courageous, risk-taking, struggling, determined character Cassie. I’ll try and steer clear of spoilers, but if you don’t know the show, the set-up for Season 1 will give you an idea: “Flight attendant Cassie is a reckless alcoholic who spends time between flights getting drunk and hooking up... She wakes up the next morning hungover and is horrified to find Alex dead in bed next to her, with his throat slit…” They describe it as a “dark comedy drama mystery thriller” and that seems about right.

After the initial shock, Cassie starts seeing things – they might be visions, flashbacks or hallucinations, but they’re essentially a series of conversations in her head while she tries to figure stuff out. Provoked, distracted and challenged by these experiences, Cassie works her way through a serious of increasingly fast-paced, improbable and at times hilarious external events to some kind of resolution. At the same time, she works her way through a series of escalating personal and family crises to some kind of greater understanding and integration.

Reading that back, I can see why I’m a therapist, not an entertainment journalist! I’m not sure that I’ll have sold The Flight Attendant to anyone who hasn’t already seen it. But the show excites me because of the simple, matter-of-fact way it shows us Cassie’s really quite complicated, paradoxical inner world. In my work – both my own developmental work, and with the people who consult with me – themes of multiplicity are never far from the surface, and The Flight Attendant brings multiplicity into the mainstream.

What do I mean by multiplicity?  I mean the idea – which for me, and for many people I know isn’t just an idea, but very much our experience of ourselves – that there isn’t a single 'me'; that at any given moment, the person who interacts with the world is not a clearly-defined, separate, consistent person, but more like a rag-tag confederation of people with some shared history, and a rough aim to try and act together in our best interest, but don’t always manage to.

Does that sound mad to you? It wouldn’t be surprising if it did. Through modern Western history, we’ve been very uncomfortable with the idea there might be more than one of us in here. From the New Testament, and Jesus casting out demons (“My name is Legion, for we are many”) to Sybil in the ‘70s, and near-horror stories of multiple-personality disorder, our hyper-rationalised egos have shunned and pathologised multiplicity with a kind of visceral revulsion.

And yet… it’s also very rare that someone responds with incomprehension or disagreement if I say something like: “Well, it sounds like part of you thinks it would be a good idea to write an article about this, and part of you thinks you’ll be asking for trouble, so you’d better not.”

Secretly, I think most of us know; and a large part of the work I do revolves around how our inner multiplicity can become no longer taboo and mysterious, but instead a source of guidance, strength and deeper self-understanding.

Cassie and her 'hallucinations' offer a us compelling illustration. At times of stress, Cassie is mentally whisked away to a version of the hotel where Alex died, to have often heated discussions about what’s going on in her real-time life, how to make sense of it, and what to do next. Here she meets a series of other Cassies – Teen Cassie (idolising an alcoholic dad), The One in the Golden Dress (good-time girl who solves everything with a drink), You If You Made Better Choices (prissy, bossy, and idealistic), and The Black Hole of Joy (suicidally depressed).

As time goes on, the disagreements among Real Time Cassie and the Other Cassies escalate, as the external and internal tensions and dangers rise. The Cassies all want to keep her psychologically safe, but they have radically different world views, so offer incompatible coping strategies. This in itself is a cause of stress (on top of family stuff and international espionage stuff…). As one reviewer succinctly summarises: “we glimpse how exhausting it is to be both the storm and the sailboat”.

I love the way the show does this so much. There’s no heavy-handed psychologising – Cassie’s experiences of her different, warring selves are simply there, a fact of her world now. She identifies as an alcoholic and attends AA, but she doesn’t see a therapist, and though she and those around her are worried by her increasingly erratic behaviour, no-one suggests she’s mad or bad (though clearly dangerous to know) – indeed, there’s general outrage at a falsified psychological evaluation that diagnoses her so. She’s a regular, if troubled, person, trying to make a life for herself. As, I believe, are many of us. Through compelling story-telling, the programme implicitly normalises Cassie’s multiplicity, and invites us to recognise and engage with unfamiliar parts of ourselves too.

Finding peace with our parts

If what I’m describing speaks to you, you might be glad to know that Cassie’s troubles don’t go on forever; but also, the show skips a classic happy ending in favour of something more emotionally more plausible. Executive Producer Steve Yockey says: “she needed to stop denying [the Other Cassies] and trying to make them disappear and accept that they’re actually a part of her that she’s gonna have to deal with. She can’t just magically be this new person.”

That, in a nutshell, is the essence of developmental work for a lot of us. Paradoxically, we become more integrated, more coherent as persons, as we acknowledge and start to make peace with the other members of our inner team. We don’t have to like our Other Cassies, but if we don’t find a way to acknowledge them and actively engage them in our lives, they will keep causing chaos to get our attention. That’s not madness; it’s the most normal thing in the world for a human being. Welcome to the multiverse!

Amanda Bettison is a verified Welldoing therapist in Orkney, off the north coast of Scotland. She also works online.

What is Internal Family Systems therapy?

The benefits of being curious about who you are

The importance of being yourself