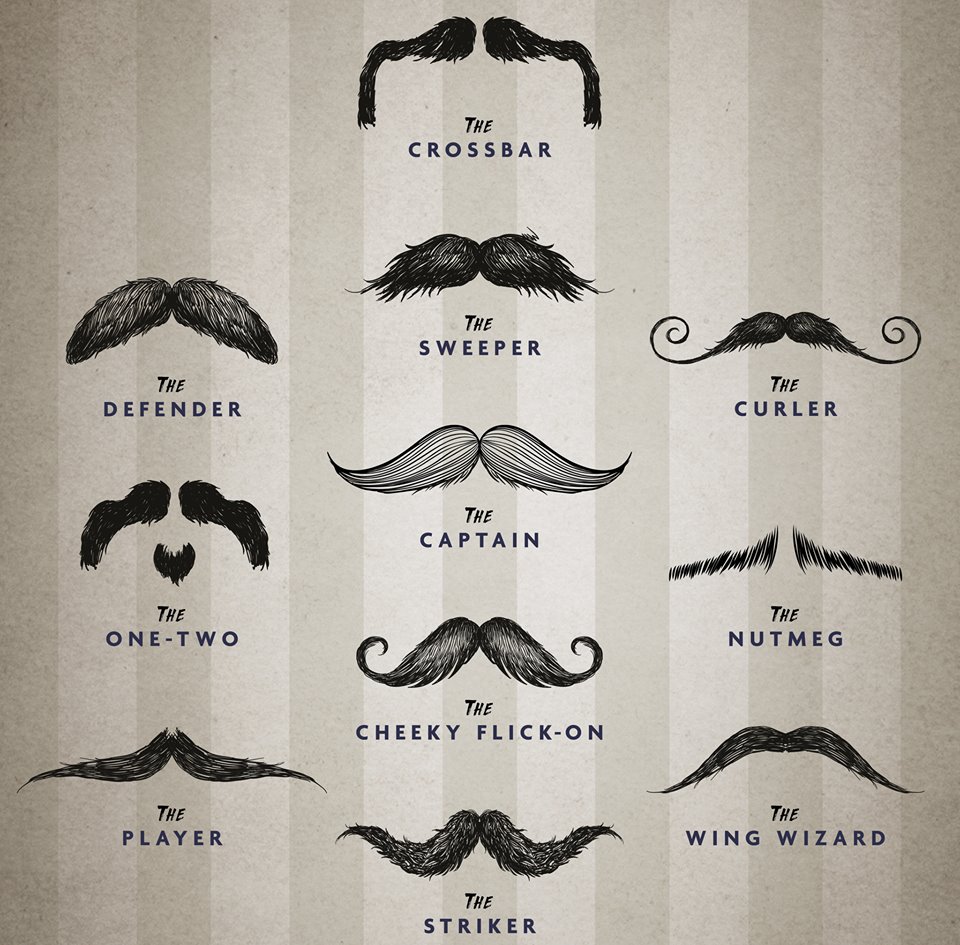 For the past few years November has lost its harried run-up to Christmas feel and become a must-do month. Why?

Movember, of course, when any self-respecting man forgoes a razor to grow a moustache (and only a moustache, no other beardy bits allowed). The money raised (by getting friends, colleagues and family to sponsor him) goes to men's health - but more all these moustachioed men tell others what they're doing, and - man to man - they talk about things that men rarely talk about.

This week, at the Good Day at Work Conference which focused on wellbeing in the workplace, I interviewed one of the four founders of Movember, Justin Coghlan. Naturally fair-haired, I'll have to confess that he didn't have a spectacularly lush 'tache, but he was full-force about the message of Movember. Men's health has been hidden for too long - because men don't want to talk about health problems, don't understand the issues, engage in risky behaviour, and feel the stigma surrounding mental illness.

But before we get down to the amazing results of this now international campaign, I'd just like to share JC's (his preferred moniker) account of how Movember first began, ten short years ago. JC was one of four mates drinking in a Melbourne bar when the conversation turned to how hugely uncool moustaches had become. This led one of them to suggest that - as a group - they should each reverse the trend and grow one for a month.

“There was no charity or campaigning", he shrugged “It was fun, pure fun". About 30 of their gang restrained from shaving their facial hair, everyone had a laugh at their expense, and that was that. The following year one of them suggested they do it again, but put it to a higher use. They settled on the little-talked about issues of prostate cancer and the campaign was off and running - though it took a while for the more established charities to realise that “four rough blokes" could be trusted with serious fund-raising.

Now Movember takes place in 21 countries and has in ten years raised £345 million. At first the aim was simply to raise awareness and fund research into prostate cancer; a few years in they added testicular cancer, and now mental health has joined as a key area. More than 750 men's health campaigns have received money, more than 4 million Mo Bros and Mo Sistas have taken part.

There's a robust Australian-ness about the Movember campaign; one sales line was “'Give Prostate Cancer A Kick In The Arse'. Men who grow mo's can see their earnings on the leaderboard just like competitive sportsmen, and there are any number of ways in which the hairy monster that is a moustache is invoked on billboards and across the internet to remind us that we are in Movember.

Not only has it raised a phenomenal amount of money, but it has raised real awareness. It's with pride that JC told me of resarch showing that 99 percent of those who take part in Movember talk about men's health issues during that time, and 75 per cent become more aware of how those issues affect them. Knowing how difficult it is for men to open up about these things - especially mental health - those figures are stunning.