In Memory of Sally Brampton, author of Shoot the Damned Dog
Find a therapist
Find a coach
Join as a practitioner
Log in/register 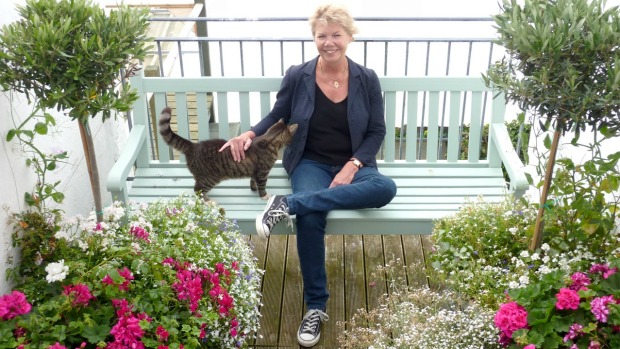 In Memory of Sally Brampton, author of Shoot the Damned Dog

There will be many column inches devoted to the life of journalist and author Sally Brampton over the next few days. As a magazine editor, agony aunt and author of a depression memoir, Shoot the Damned Dog, her writing touched many lives from the early 1980s onwards. But for her these achievements seemed to bring little solace. She took her own life on Tuesday, swimming into the sea at St Leonards where she had lived for the past six years.

I met Sally 30 years ago. She had launched the genre-changing British edition of Elle the year before and was looking for a deputy. That she thought me, a recent transplant from New Zealand working on a teen magazine, worth meeting gives you some idea of her open-minded attitude. The interview was done in a Covent Garden wine bar, over more than one bottle of French white, peels of laughter and secrets shared even though it was the first time we’d laid eyes on each other.

“Killing oneself is, anyway, a misnomer. We don't kill ourselves. We are simply defeated by the long, hard struggle to stay alive."

Her idea of a woman’s magazine was a radical departure from what gone before. A graduate of St Martins College of Art whose first job had been at Vogue and then become fashion editor of The Observer at only 24, she was a fashion expert who gathered a great fashion team around her. But she cared equally strongly about the features, fostering an unlikely mix of writers like Tony Parsons and Jeannette Winterson, and covering everything from lesbian chic to what the disappearance of Suzy Lamplugh meant for women’s safety, from spotlighting fresh fiction from unnknowns such as Michael Chabon and Rachel Cusk, to life in the Metropolitan police vice squad. She was much, much more than a caricature of a fashion magazine editor.

Sally and I both left Elle in 1989, and it shows the esteem she was held in that Rupert Murdoch (who was a co-owner of British Elle at the time) dropped into her leaving party. Although she’d been a successful launch editor, she felt, after four years, ready to move on. Too many lipstick launches, she said as she struck out as a novelist and freelance journalist. During this period of her life she married her second husband Jonathan Powell, and had a daughter Molly, to whom she was devoted, though the marriage eventually ended.

I first heard Sally speak about her depression when she was in her early 30s. She lived life at full tilt in those days – close friends included Paula Yates and Jasper Conran and she was a great partygoer — but she complained of feeling overwhelmed by sadness and emptiness. She had had a peripatetic childhood living in Yemen, Brazil and Brunei as her father worked for Shell Oil. Her mother had a long, unacknowledged history of depression and Sally started to feel that this too was her genetic inheritance: “Depression is not my nature; it is my biology — just as it is my mother’s and daughter’s,” she wrote.

"Reach out. Communicate. Show kindness. Share your concerns and your worries with another human being. Take action, when action is needed. Deal with your feelings if and when they arise. Don’t sit on them.”

Her mental health came to dominate her life. In the Telegraph in 2003 she wrote a shockingly honest feature detailing her suicide attempt from the previous year. She sought treatment - drugs, therapy, spent time in hospital - and could go months feeling pretty robust, but then, seemingly out of nowhere, depression would descend again. This became a pattern in her life.

By the time we were both in our 50s we were neighbours in north-west London and would meet up fairly often. She and Molly lived in a flat with an amazing garden, designed and tended by her. When she married for the third time, she lived around the corner taking an ugly terrace built on a bombed out section and magicking it into something unique and beautiful. Wherever she lived, her rooms were filled with white flowers, walls hung with black and white fashion photographs by well-known photographers and there she sat, Marlborough lite between her long, elegant fingers, drinking mint tea, reading the latest book. She almost always wore trademark black or navy, topped off with her distinctive short blonde crop. 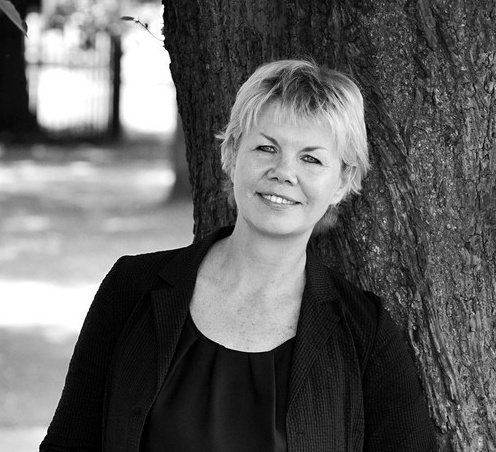 I became editor of Psychologies magazine in 2009 and one of the first things I did was give Sally the back page column. I imagine some of the staff thought it a daft idea; Sally still had a strong reputation as a fashion writer. But since 2006 she had been the agony aunt for the Sunday Times Style section, and was clearly a hugely empathetic force. No matter how she was feeling personally, she gave her all to the Psychologies column, was nominated in various press awards, and wrote wise and trenchant copy up until her death. Much of the social media since her death has been from her readers, wanting to express their love and appreciation of her lucid writing and forthright advice.

Shoot the Damned Dog, an account of her depression, published in 2008, was widely praised and has sold very well. Much of the power of the book came from the contrast between Sally’s so-called glamorous life and the incapacitating experience of severe depression. Opening up about how it made her feel was, eight years ago, relatively rare, and she became a flag-bearer for mental health issues in the UK. Here she is talking to me about depression at a Psychologies event.

But the book did not tell the whole story. Readers believed it ended with her married and teetotal, but neither stuck. In 2010 she decided to leave London, to start afresh. Attracted by the sea and the presence of many of her old magazine chums, she moved to St Leonards on the East Sussex coast, where she made many new friends too.

"As to whether the depression will come back, it is every depressive's fear"

But wherever she went, she was still Sally, being chased and snapped at by that damned black dog. When I started welldoing.org she was delighted I was trying to open up the stigmatised world of mental illness and generously offered to write a post. I was not surprised that while it didn’t directly talk about depression, it was clear that she was troubled.

So this was not the first serious attempt on her life. As one of her oldest friends (and Molly’s godmother), Sarah Spankie said, "[her death] seemed somehow inevitable, and yet so shocking.”

I’m sure I’m not the only friend of hers who wishes she could have battled on a little longer. Things can look so grim at dark times, and then – after the dawn – become unutterably transformed by the light of day. A change of drugs, a windless summer’s afternoon, a connection with a friend or loved one — it seems so random the things that can help us get through this day and the next.

But that’s not what happened. That proud, fierce, funny and very kind woman Sally Brampton is not with us any more. And the many women and men who have been touched by her — personally or by reading her beautifully crafted words – will mourn her passing.

If you are feeling depressed or having thoughts of suicide, the Samaritans are available on 116 123. If you would like to find a therapist, you can do so here.