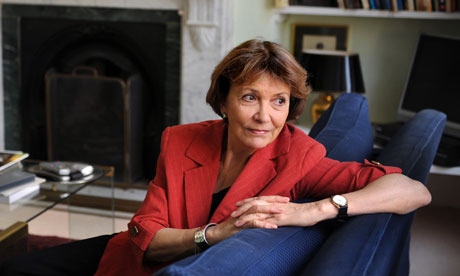 Baroness Joan Bakewell unwittingly unleashed a storm of protest around eating disorders this week, when she indicated to the Sunday Times that she believed anorexia was the result of “narcissism” among young women.

Following a social media storm the 82-year old broadcaster made a statement of apology, at the announcement of the shortlist of the Wellcome Book Prize, for which she is chair of judges. “I’m deeply distressed that [my comments] caused so much pain…. I did not know the things I have learnt since”.

However, in subsequent interviews she said that not everyone disagreed with her comments, which included the thought that anorexia “arises presumably because they are preoccupied with being beautiful and healthy and thin”.

She reported that mothers of anorexics had agreed that over-introspection was part of the problem and in this she was supported by Dr Christian Jessen, who presents Channel 4 shows, including Supersize vs Superskinny, who wrote on Twitter: "I posted a study showing up to 15 per cent do [display signs of narcissism]. So clearly she wasn’t completely wrong. If she was guilty of anything then it was oversimplifying and making generalisations”.

“Anorexia nervosa is a complex psychological condition being a coping mechanism for underlying distress. People with anorexia often have incredibly low self-worth and poor body image. They will often cover up with layers of clothes and avoid being photographed, it being a far cry from simple vanity and wishing to be thin and beautiful.

“People with anorexia usually feel a deep sense of shame about their illness and may feel unworthy of seeking help. Consequently, they feel very isolated and alone in their suffering. It is important that we consistently reach out with messages that offer acceptance and understanding to people with eating disorders, so they can access, without stigma, the support they so desperately need”.

Hospital admissions for eating disorders in England have been increasing, figures suggest.

In the 12 months to October 2013 there were 2,560 admissions, which was an 8% rise on the previous year, statistics from the Health and Social Care Information Centre (HSCIC) show.

There were nine times more females than males taken to hospital, and the most common age for female admissions was 15 years old.

The Royal College of Psychiatrists has previously said that increases in hospital admissions could be down to social pressure made worse by online images.