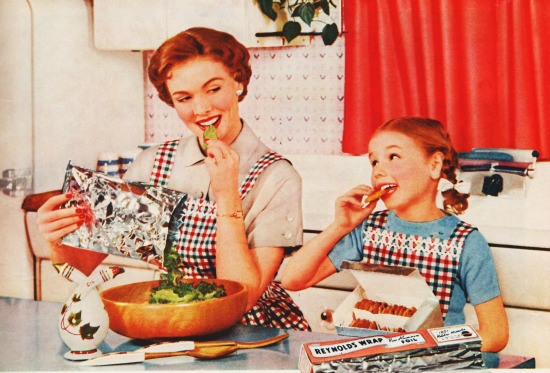 The Invisible Woman: Taking on the Vintage Years

To be honest it’s not been a great couple of years but on the scale of divided loyalties and awfulness where many women find they register in midlife it’s not as bad as it might have been. I have a roof over my head (just), I’m earning a living (just) and I have food (more or less). On the other hand, I’ve had a right old existential battering from redundancy, unemployment, a multitude of close bereavements and finally, like that wasn’t enough to cope with, moving house. In the middle of all that - and because of it - I wrote a book.

I’m curiously shy about this achievement now that I’ve done it. I can’t quite believe it. Moving out of London and sifting the detritus of a lifetime of creative dabbling, I’ve dug up an old school magazine, a tale for children (starring my eldest daughter – now 36), a handful of short stories, a biography of Tennessee Williams, an account of the Battle of Bosworth, assorted diaries and two chapters of two books begun and abandoned; all of them written by me. I never did anything with any of it. Reading it through now I’d say that 60 per cent of it has ‘legs’, despite a life-threatening outbreak of Punctuation in the mid-80s.

Self-effacement and modesty were the cornerstones of femininity

Clearly I love to write, so why has it taken me 40-odd years to do the thing I love doing properly? The standard answer would be that Life (with a capital ‘L’) got in the way, which is true, but there was also something else – fear. Fear of failure; fear that I didn’t deserve what I really wanted. I was happy to keep ‘potential writer’ twinkling on the horizon where it represented possibility and hope. The next question, obviously, is what changed. The answer is I did.

My generation of 1950s women grew up with diktats of behaviour that pre-dated Second Wave feminism hardwired into our brains – self-effacement and modesty were the cornerstones of femininity, as laid down by our mothers and grandmothers, and their mothers and grandmothers before them. The problem is that these things do not in any way equip us to tackle 21st century life as the middle-aged women we now are in society as it now is.

If we find ourselves, as many do (as I did), unintentionally retired and single with no visible means of support the most unwelcome subliminal message is the “don’t show off, darling” one drummed into us as young girls. Every time I raised my hand or my voice to say, “I can do that” there was that other voice in my head telling me to pipe down and stop showing myself up.

What are we for, exactly? Seems to be the unspoken question that nobody can be bothered to answer.

It’s not helpful when you’re trying to make your own way and particularly in a world where a middle-aged woman appears to be redundant in every sense. What are we for, exactly? Seems to be the unspoken question that nobody can be bothered to answer.

I’m for life, me. The thing is that to have any decent sort of a life in this middle-aged, post-menopausal, ageist and sexist world requires certain things – like a job, love, money and a home - and everywhere I’ve looked and everyone I’ve asked is coming up against the same obstacles. And that’s why I’ve finally written my book: The Invisible Woman, which grew initially out of the column I used to write for the Guardian. I was so boiling mad at our apparent collusion in our own side-lining that I wrote down what I knew and what I felt – a kind of manifesto for the middle-aged woman, if you like. Now that I’m finally a published author I have no idea whether or not it will live up to “possibility and hope” but you know what, I don’t really mind because I’ve done it now and ‘don’t show off, darling’ is silenced.