How I lost £130,000 Spreadbetting Before Overcoming My Gambling Addiction
Find a therapist
Find a coach
Join as a practitioner
Log in/register 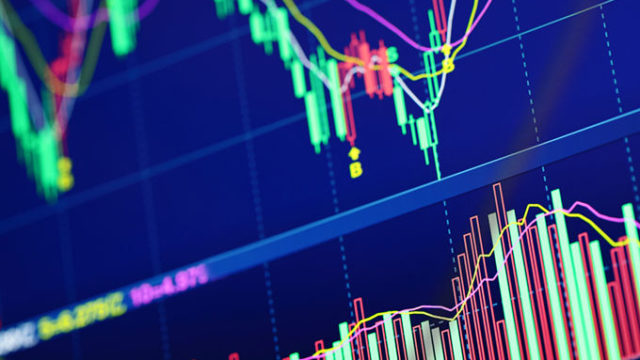 How I lost £130,000 Spreadbetting Before Overcoming My Gambling Addiction

When is gambling not gambling? When it’s financial spreadbetting. This is the idea that the spreadbet companies sell us in their marketing anyway and it is the idea that we all too easily believe -  even though its true nature is not exactly hidden in its name. But the middle-class especially, those who would never dream of entering a working-class bookie’s to be confronted by men in paint-splattered overalls and the unemployed, are taken in by its ‘tax-free investment’ double selling point. I was.

It appeals to both the gambler and the non-gambler alike. Essentially, you believe that there is easy money to be made; predict which way the Dow or the FTSE will move and watch the money roll in. The Dow can easily end the day 200 points up or down so if you stake £5 a point, you will earn a cool £1000. Not bad for sitting on your sofa with your feet up, watching the telly with a nice cup of tea and the laptop on. Or squashed into some commuter train on your way to and from work with smartphone in hand.

I used to think this way. And sometimes I did make a grand or even ten grand! Making a four figure number, let alone the occasional five digit ‘win’ was just great for someone whose salary some months barely made it into four. But there are two sides to every coin.

I got sucked into this illusion of easy money. I believed that the more research I undertook, the more time and effort I dedicated to it, the more money I would make. The reverse will happen. You think that you are somehow different to the guy who studies the Racing Post displayed on the bookie’s walls but you are exactly the same. You suffer from ‘information illusion’ as much as he does although yours is undoubtedly in its digital form as you analyse graphs and read economics and business news websites.

Like any gambler, you will chase your losses. But as that ‘investor’, you don’t even notice this is what you are doing. Those initial losses you put down to inexperience, the cost of your new apprenticeship. But you are not going to master spreadbetting any more than the Ladbroke’s punter is going to master reading form. You will not become that ‘Master of the Universe’ trader as you are not even a trader. You do not sit in front of eight screens in Nomura but sit in front of your bathroom sink as you stare at your iPad with your pants around your ankles. Your wife is downstairs, wondering why you are taking so long. You have become an accidental addict, hidden away in the bathroom in the same way as a coke addict doing a line off of the toilet lid or the alcoholic who secretes a half bottle of Asda vodka in the cistern. I once sat on the toilet and lost just under £17k! Yeah, making money is not quite as easy as it seems!

Like any form of gambling these days, it is available in the palm of your hand. You believe that you will just ‘play the markets’ for half an hour, maybe during your lunch break. A few months down the line, you are staring at the little screen every waking hour. You are sold the idea by the spreadbetting ‘bookies’ that being able to ‘trade’ into the small hours, like some poker shark, is advantageous. You will do this too but only out of what you deem to be necessity. That £2 per point you placed on the Dow has now snowballed into £20 a point. There is now no distinction between worktime and free time as it is now just gambling time. Only years later will it dawn on you that ‘advantageous’ was missing the addition of two vital words: for them!

Five years later, I am £130,000 down! But my losses wouldn’t grow any further as I decided to ‘leave the table’. I finally realised that I could never win. The Financial Conduct Authority (FCA) came out in December last year and confirmed my belief, stating that 82% will lose and adding that in some instances it resembles a gambling product so you don’t just have to take my word for it. The industry will soon face restrictions but ‘IG’ and the like are not going to disappear. Let my burning corpse of a bank balance be a warning to you.

There was obviously a financial aspect to my gambling, especially when the bets were winning and losing me five figure amounts. But us gamblers need to ask ourselves tough questions which we have been ignoring. You might well discover that you gamble out of boredom or to achieve some success in your life. You want to prove to yourself and others that you can be that winner. Your life has settled down but you feel you are just the same man as when you were 20. Where can you find that challenge now? Where can you compete? Gambling presents itself as the answer! The industry is trying to rebrand itself as ‘Gaming’; their aim is to normalise gambling as a socially acceptable experience. Spreadbetting is marketed to those who think they know better and are smarter than the man with his half-size pen. They think of themselves as ‘investing’ and not gambling anyway! Those Fixed Odds Betting Machines (FOBTs) have been referred to as the crack cocaine of gambling. Go online and you’ll experience the Crystal Meth of gambling!

I eventually came to my senses regarding spreadbetting, helped by the fact that the birth of my son was imminent and if I kept haemorrhaging money at the rate I was, he would not have a pot left to do a wee-wee in, as he now says. You will not be helped by the spreadbetting companies ‘innovative tools’ to help you ‘navigate volatile markets’. Don’t go thinking yourself somehow unlucky that markets swings (volatility) caught you out. A rugby player does not complain about the mud. The only complaint you have is about yourself; your own gullibility, your greed, your desire or desperation to achieve have all conspired against you. Dust yourself down and move on.