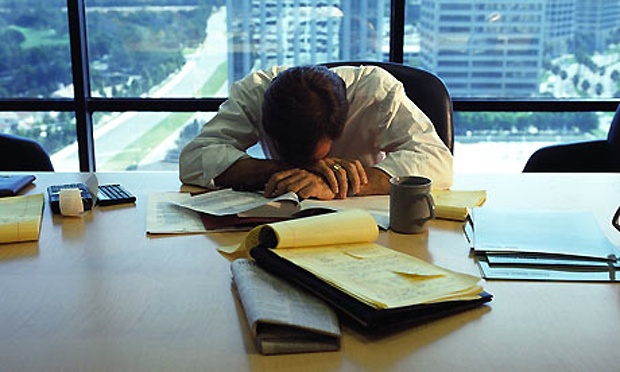 Hanging onto Your Sanity in the City

I work in the City. All you need to know is that I work with investment banks. I agreed to write this because I have a sneaking suspicion that everyone with mental health problems in the City or in any high pressured environment think that they are alone. And they’re not.

Dropping the mask is a risk in any workplace and I think it’s fair to say it’s an even greater risk in the City. People will say they care and that you should look after yourself. But that’s just it. Look after yourself, because we would rather not know and we have a lot of work today thanks, and now we have even more because you have decided you’re not up to it.

The thing is I don’t really believe that this is who they really are. If you get many of these people one-on-one and they will reveal the depths of their humanity. But the relentless treadmill of life in the City doesn’t let them stop, take a deep breath, look around and think - does this look sane?

There are many cultural theorists who would say it is absolutely not sane. It is pathological. It is the primary cause of alienation in the modern world. It’s a phoney war between humanity and capital. And I became a casualty.

The start of the spiral

I had started a new job and had people to impress. I moved as fast as I could, not taking any time to stand back and see what it looked like.

I stopped sleeping properly and woke in the night with visions of the tasks ahead, or more usually, the obstacles. I almost never left the office.

Like the proverbial rolling stone, I was gathering a lot of mental moss. I started feeling tingling in my arms in meetings. I felt like I was wading through sinking sand as I walked the corridors. My body was screaming ‘Get me out of here!’ but my mind was having none of it.

When my mind finally cottoned on to this need to flee, it began to concoct outlandish plans for escape. I began looking at vineyards, glamping sites, exotic livestock. I had spreadsheets, feasibility studies and an elated sense of liberty at hand! Let me know if you know anyone who wants to buy a llama.

This, my friends, is hypomania. It’s mania’s less dangerous cousin, driving you and your thoughts forward but slamming the brakes on when it hits the wall that separates you from psychosis, delusions, messianic visions and grandiosity. It can be very creative and empowering and in the workplace it looks very high functioning. It actually feels quite good at first too.

But like anything forced to a peak, it must inevitably crash.

My mood fell off a cliff. I had no energy. No matter how much sleep I got I never felt rested. I had no idea what anyone was talking about at work. I could not articulate even the most basic proposition

Sure enough the day came when I finally looked for ‘the big escape hatch’. I had an unscheduled meeting with my manager where I was sandblasted, my mask and protective shell blown away. I felt so raw and vulnerable. My self-esteem imploded. I was of no use to anyone. The world would be better off without me.

So of course the only answer is to jump off London Bridge, right? You might die, but even if you get rescued you won’t have to go to work and you will have blown a great big hole in the never-ending road to more success, more money and more prestige. Freedom!

I didn’t. I caught the thought. I had an emergency call with a psychiatrist I had started seeing. He said go to HR. They asked if I was having thoughts of harming myself. I said I was. They sent me home. Then the healing began.

I found out that I have have type two bipolar disorder.

This is a very personal but by no means isolated story. With recognition of poor mental health along with the stigma comes the thought “I can’t let anyone see this. I will never work again.”

The consequence of such thinking is to ratchet up the pressure further but consequently risk further deterioration.

Hypomania, while recognised and not uncommon, is one of the more unusual manifestations of stress. More common are panic attacks and depression.

There are three things which we can do to actively manage our mental health in the workplace:


Take time out to think about and recognise ways in which you react to stress.
How do you know when your system is under pressure?
Is it sleep? Do you drink more? Are you irritable when you get home?
Do you stay at work longer? Does your exercise and diet regime slip?


2.Understand the stresses which make you feel more vulnerable:

Do you get stressed when you have too much work or too little?
Do you find particular sorts of relationships at work difficult?
Do you take too much on in order to please others?
Do you placate or find it difficult to be assertive when you need to be?

3.Take action when you can

It’s all very well understanding the signals that your body and mind will give you when you are stressed – but you need to be able to act on them.
If you’re not sleeping, or recognise your alcohol consumption is creeping up, address it
If there are external stressors, then take them head on – don’t put your head in the sand and hope they will go away. They almost certainly won’t.

Mental health should be managed as actively as physical health. We are all vulnerable, no matter how bright, successful or dynamic.

You can find a therapist on our directory.