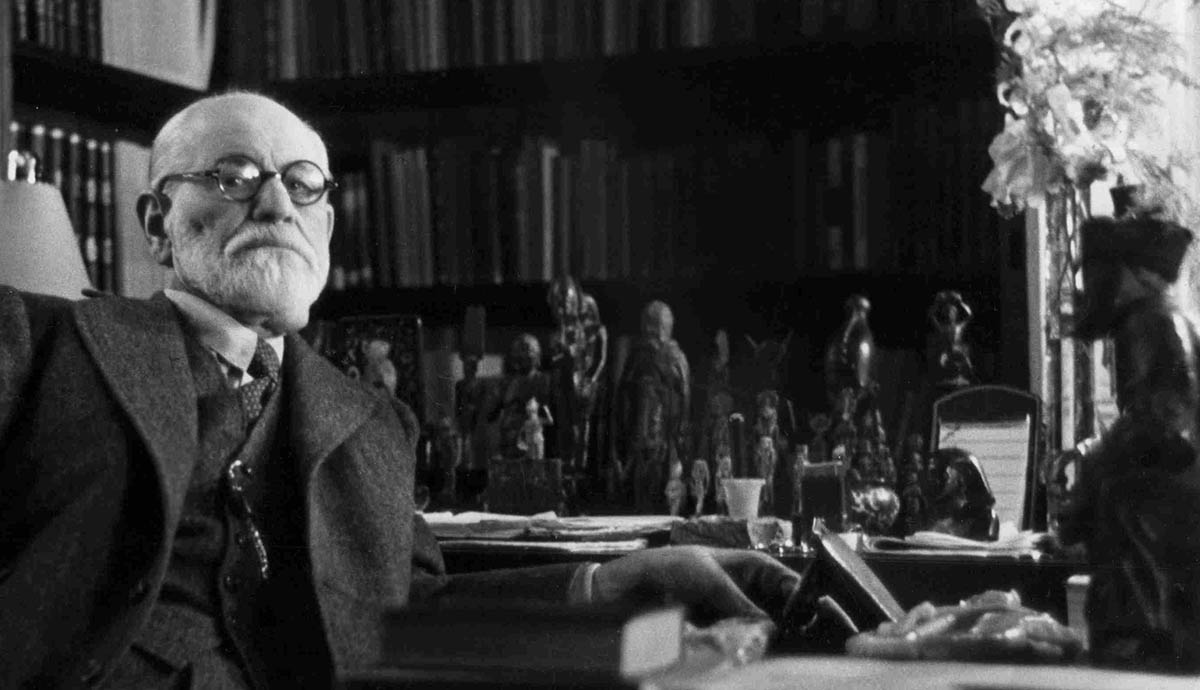 Sigmund Freud and the Nazi Who Saved Him

The Nazis were persecuting Jews in Germany but Sigmund Freud, who lived in Vienna, refused to leave Europe. The 82-year old psychoanalyst remained stubborn about that even after the Nazis marched unopposed into Austria in March 1938. He only changed his mind when, on March 22nd 1938, his beloved daughter Anna was arrested by the Gestapo.

I wrote a book on the subject, The Escape of Sigmund Freud, and am now planning to make a film of it. David Suchet, famous for playing Poirot and much else, has agreed to play Freud. The film will tell the extraordinary story of how Freud managed to escape with most of his family – and his possessions including the couch on which his patients lay and told him their dreams.

After the Nazis took over Austria, every business owned by Jews had a Nazi appointed to run it. Freud's appointed "commissar" was a 35-year-old chemist, Anton Sauerwald, a convinced Nazi.

During raids on Freud's house Sauerwald found bank books which showed Freud kept money abroad; the Nazis had decreed this a 'Jewish crime'. But Sauerwald never told his superiors about these bank books, and instead decided to read all of Freud's books. He never said that his reading made him decide to help save Freud but something did. He organised the exit visas Freud and his family needed but these visas cost a great deal. Freud did not have enough money so Sauerwald helped organise the sale of some of Freud's library – and some of the terracotta statuettes Freud loved.

A complicated relationship developed between Freud and Sauerwald. Sauerwald did not take any bribes but he was flattered by one of Freud's other patients, the glamorous Princess Marie Bonaparte who was the Duke of Edinburgh's aunt. It was to her Freud wrote his famous admission that he had no idea what women wanted really. Sauerwald even managed to get the Gestapo to pay for transporting all of Freud's possessions to London. After the Freuds got there, Sauerwald even came to visit.

In London, Freud's cancer of the jaw became unbearable. He complained to Sauerwald that the English were not very good at surgery, and asked him to see if he could bring over his Viennese surgeon, Pichler. As Pichler was not a Jew, Sauerwald obliged, driving the man from Austria to London. Pichler was one of the great surgeons of the time and performed the operation at the London Clinic. His skills probably gave Freud nine extra months.

Freud died in September 1939 just after the war started. He and Sauerwald, according to Freud's brother, were both mystified by why a convinced Nazi did so much to help a Jew.

Sauerwald did not get anything in return. Freud's nephew Harry had Sauerwald arrested after the end of the war, accusing Sauerwald of robbing Freud. When Sauerwald was put on trial, the Freuds did nothing to help him and let him languish for two years in jail. Eventually Anna Freud wrote a letter which stated Sauerwald had helped the family. I found it in a file at the Library of Congress. It says something about her ambivalence that she sent it unsigned. It was enough to get Sauerwald released but he died without anyone recognising what he had done.

Sauerwald did not save as many Jews as Schindler, but he deserves to be remembered with honour.