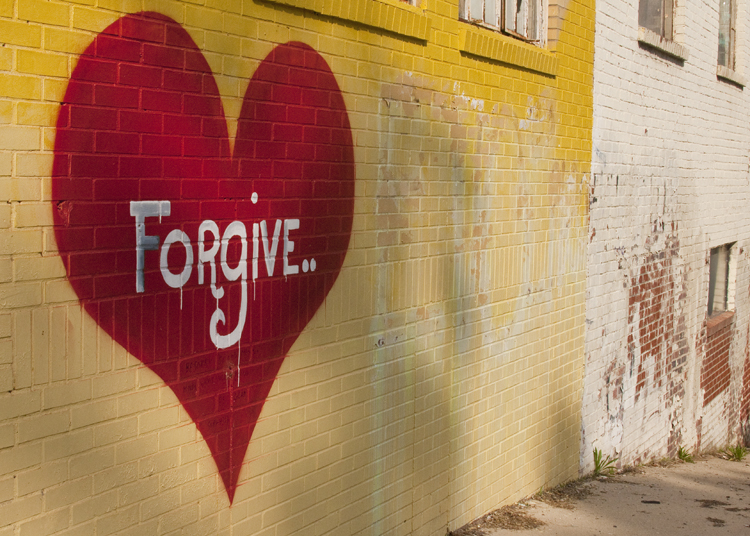 Why Forgiveness is Never Easy

The F Word exhibition, launched in London in 2004, is a collection of images and personal biographies from around the world, focusing on stories of redemption and compassion, told by the victims of crime. It examines forgiveness as a healing process and a journey away from victimhood.

The F Word exhibition became a space of inquiry, a conversation about forgiveness and revenge, a place not to promote forgiveness as the only way to heal past wounds, but rather to explore its limits and possibilities through individual personal experience. The stories reflected the complex, intriguing and deeply personal nature of forgiveness, providing a vehicle for analysis and inspiration rather than dogma or the need to fix. The narratives themselves had no neat ends and some interviewees proved to be resistant to the very term forgiveness despite the fact that their actions seemed driven by an entirely forgiving response.

‘I don’t forgive and I don’t forget; but the suicide bomber was a victim'

Rami Elhanan, for instance, a member of the peace organization Parents Circle-Family Forum, says of the suicide bomber who killed his daughter in a Jerusalem market in 1997: ‘I don’t forgive and I don’t forget; but the suicide bomber was a victim, just like my daughter, grown crazy out of anger and shame’. I’ve also heard him say many times that the only way to change the endless cycle of violence ‘is the ability to listen to the pain of the other’.  Everything about this man is about denying the rhetoric of black and white thinking and about reducing fear and hate through humanising ‘the enemy’. And yet he is resistant to boxing his experience into one of forgiving.

If you Google forgiveness, or have it as a search feed on Twitter, you will find a nonstop stream of references to it as an over-sentimentalized virtue or metaphysical gift – typically (to quote just one of a multitude of recent such tweets) ‘Forgiveness is an amazing, mystical tool that helps us choose God, choose compassion and love’. I respect that these words are meaningful and potent to some people – but equally I know that they are meaningless and alienating to others. The challenge is how can we change the language and make the act of forgiving meaningful to those who feel they are drowning in a syrupy pool of stagnant dogma?

My ambivalence towards forgiveness is not in the act, the gift, the virtue (or however you choose to frame it), rather it rests in how we promote and present it, and how we encourage others to think about it.

The conversations we have and the language we use are important so as not to discourage those who see forgiveness as soft, weak or irrelevant; or equally those who feel excluded from this discourse believing forgiveness to be solely the privilege of the mentally strong or the spiritually enlightened. Proselytizing is dangerous whatever the field because when a light becomes glaringly bright it ceases to illuminate; instead it just blinds you.

How can you respond to the unforgiveable? Can you move on without forgiveness?

The Forgiveness Project: Stories for a Vengeful Age is an attempt to change the dialogue. It includes stories from a survivor of the Norway island massacre, a woman who now considers her child’s killer her ‘spiritual son’, a former neo-Nazi, and people from both sides of the Israel-Palestine conflict. It grapples with the big questions of forgiveness: What is forgiveness? How can you respond to the unforgiveable? Can you move on without forgiveness?

I believe that the non-prescriptive approach The Forgiveness Project takes - of exploring the limits and possibilities of forgiveness through true stories - appeals to those who might otherwise feel excluded from the debate. It is exactly the same with The Forgiveness Project’s RESTORE programme for offenders which has been running as a rehabilitation programme in prisons in England and Wales since 2007. Once offenders realize that we are not committed to an ideology, nor are we following a manualized approach to fix them, but rather just there to create a safe space to share personal narratives and help them reflect on their own life choices, there is a palpable sense of relief in the room. Hearts open and hardened attitudes start to shift.