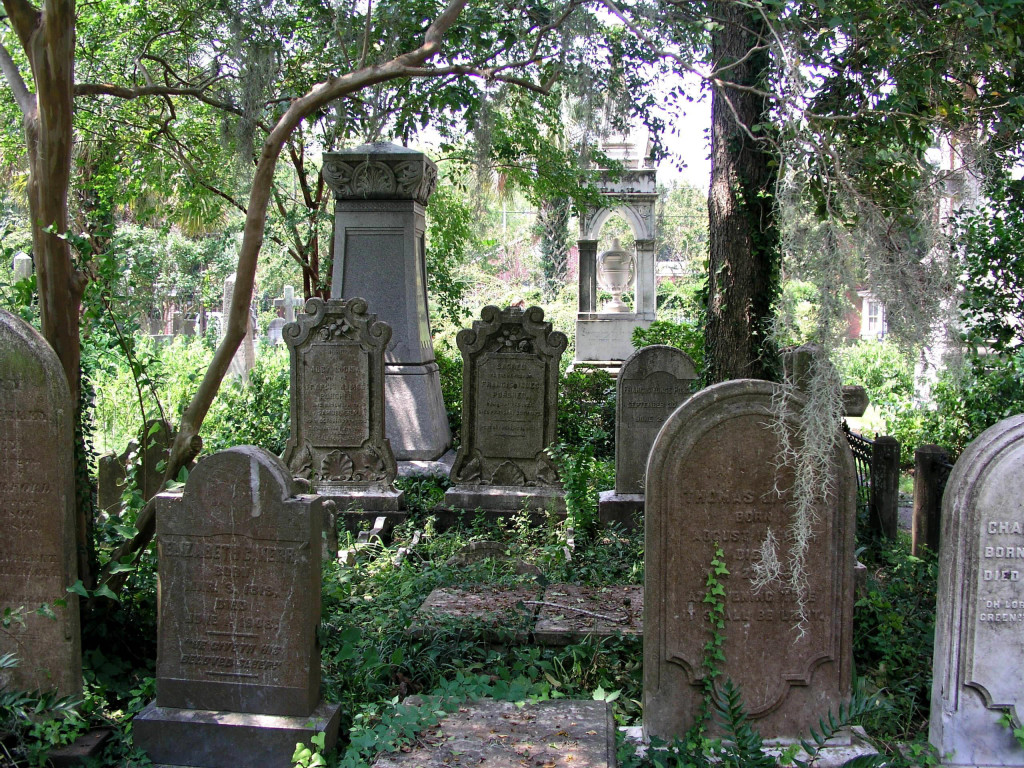 What We Don't Know About Death

I've heard ghost stories about death before, but, until I lost someone close myself, I didn't realise that in reality they were usually love stories. No one in my family realised that until, one March morning, my father unexpectedly died in his sleep.

My beloved elder sister Katharine happened to be awake in her bedroom one hundred miles east, that night. All of a sudden, she sensed a presence with her, and felt hands gently cupping the back of her head. Tender, loving hands; an inexplicable swirl of energy. It was an utterly uncanny sensation that she'd never had before.

With the energy came an equally astonishing suffusion of emotion: contentment, bliss, a welcome wave of uplift after a long and brittle year of terror. My sister had been living with a rapidly spreading breast cancer. Most nights she awoke in dread. Yet, now, for two hours, she felt nothing but joy. She had a vision of herself with her unborn grandchild, a baby of five months, helping her sit-up, all wobbly, on the bed.

Messages at the time of death

Amazed by this pre-dawn experience, she told her son about it as she drove him to school, and emailed her boyfriend in Vermont. A grandchild! A future! Then, like the rest of us, she got the what-the-hell-are-you-talking-about news. Dad had died.

When I learned of Katharine's encounter the following day, I fell to the floor laughing – not because I was ridiculing her, but because my sense of reality was unraveling. Dad was dead. My sister was dying. And yet, in all that, an exquisite mystery was coming to my attention for the first time.

This seeming whisper across the universe, a susurration or hint transmitted by some unknown current, happens to an astonishing number of us. Studies show that between forty and fifty-three per cent of the bereaved experience “anomalous cognition" when someone close or connected to them has died. Usually, it takes the form of sensing a presence, sometimes seeing or hearing one. Psychiatrists call the experiences “grief hallucinations," although they have never been studied neurologically.

What to call them when they happen before you otherwise know someone has died?

As a journalist, I couldn't let it rest. I wasn't willing to accept the tossed-off explanation of 'coincidence' that I heard from hard-core skeptics. Because, really, a coincidence of what with what? My sister had NEVER experienced that strange and beguiling surge of spiritual energy, that sense of a presence, that shift of emotion. It gave her strength, reassurance and hope that Dad would be there for her when she died, as she did, nine weeks later.

In the heartbreaking months that ensued, I discovered a fascinating modern underground, a kind of subculture of smart, skeptical people who had learned through extraordinary means that someone close to them had died, or had been in danger or distress. People – friends, colleagues, extended family members -- would invariably preface their remarks by saying, “I've never told anyone this, but…" They were in the closet, sometimes ashamed, sometimes worried they'd gone crazy, about one of the most wonderful and wondering experiences of their lives.

The director of a large music company drove me home from a dinner party, and when I explained that I was thinking of investigating what my family had gone through, he put the car in park. As a boy, he said, he'd come down for breakfast one morning and seen his father, as always, at the kitchen table. Then his mother broke the news that his father had died in the night. He briefly wondered if she'd gone mad. 'He's sitting right there,' he said.

A neurosurgeon wrote of seeing a shadow in his kitchen that he knew unequivocally to be “death, and female," moments before a policeman arrived with the news that his elderly neighbour had just died.

An advertising executive confided to me that, after her father died, he joined her for a ten-mile stretch of the highway she was driving, his invisible presence weighting down the passenger side seat, making her laugh with joy.

Fascinated, I took my research further, interviewing hospice physicians and paramedics who witnessed the dying interact with unseen, deceased loved ones, and learning about extreme explorers who encountered presences that guided them to safety. What are these gleanings and perceptions?

In the late nineteenth century, German psychiatrist Hans Berger, invented the electroencephalogram (EEG) because he wanted to locate the 'psychic energy' that somehow enabled his sister to know when he was almost run over by a horse-drawn cannon, a day's distance from where she lived. Picking up on her brother's acute terror in the moment of near-collision, she begged their father to contact him, refusing to relent until he sent an inquiring telegram. Berger was mystified by his sister's response. Do we have a form of consciousness -- a way of knowing about those whom we love -- that has yet to be charted, he wondered.

After four years of my own research, I was amazed by the number of physicians, psychiatrists and neuroscientists who are beginning to think that we do.