How to Create a Long, Fulfilling Working Life
Find a therapist
Find a coach
Join as a practitioner
Log in/register 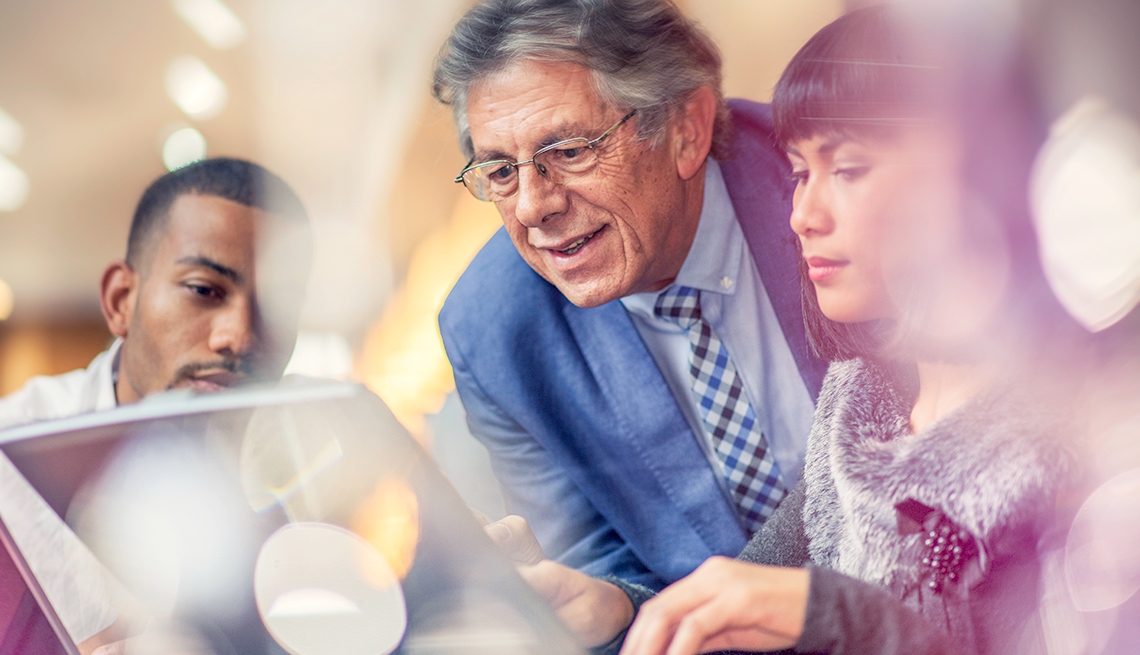 How to Create a Long, Fulfilling Working Life

When I was in my late 40s, the consulting firm of which I was a partner offered me a leadership role in the United States. It was an attractive opportunity with considerable responsibility, but it did involve uprooting myself and my family from our happy and settled lives in the UK, and moving somewhere much less familiar, where I had no established network or reputation. In the end, what clinched my decision to accept the offer were the words of a friend who suggested that “this will extend the peak of your career”.

I remember thinking at the time “when is the peak of a career?” The answer for most of us has probably been somewhere in our forties or fifties. But as we approach the era of the 100-Year Life – enabled by the miracles of modern medicine – this may start to seem a curiously outdated orthodoxy. Why would our careers peak when we are half-way through our life, with so much more to give?

More of us are now thinking not just about how we can extend the peaks of our careers, but about what to do with the second half if we are to live a fully-rounded life. And the answer is often “something different”, a path forward that exposes us to new walks of life and expands our horizons. We’re not just content to carry on doing the same old thing, to cash in on whatever specialist expertise and reputation we may have accumulated, to build upon the platform we’ve already established. We’re thinking more creatively than that – emboldened by the observation that we have more time than we thought, even if not as much as we’d like.

So we are designing the later chapters of our life around what I call The Mosaic Principle – the concept that life, personally and professionally, is lived to the fullest as a mosaic, a rich, colorful and diverse set of experiences that provide purpose, meaning, happiness and success. We are also learning about how to enable a well-lived second half – the principles that should guide us as we approach the later stages of our formal career, as well the “active retirement” that can follow? My research among people who have successfully confronted this challenge in their life and career highlights four principles that seem to be especially important.

First, it seems to be more important than ever to do things that we really care about – for which we have a strong sense of passion and purpose. As the psychiatrist Viktor Frankl observes “the greatest task for any person is to find meaning in life” – and this becomes ever more urgent and intense with the passage of time. We have less tolerance for things that distract us with triviality, let alone that offend us morally. For example, later this year the Financial Times columnist Lucy Kellaway will end her distinguished journalistic career in her late 50s, and begin training as a mathematics teacher – pursuing her long-held personal passion for education.

Second, it’s important to bring something to the party, even as we seek to move into less familiar territory. We may be turning our backs on narrowly defined specialist expertise, but we don’t want to seem like a “jack-of-all-trades, master-of-none”. So we look for different ways of applying the intellectual thread that we have developed over the years – perhaps by moving from business into government or the non-profit sector, or vice versa. And we think hard about how to transfer specific and valuable skills from one walk of life to another – as the banker and former journalist Steve Rattner did when he became President Obama’s “auto czar” at the height of the economic crisis.

Third, we widen our approach to building and applying personal networks – seeking to extend the range of people with whom we interact, whom we seek to help and from whom we ask for help ourselves. At the traditional peak of our career, we may have interacted with a relatively narrow set of people – colleagues with whom we work on a day-to-day basis and with whom we have strong ties. But as we broaden our aspirations in the second half, we find it just as meaningful and valuable to interact with people we know less well, with whom we have weak ties. And research shows that we may get extra benefit from reviving previously dormant ties – people whom we once knew, but with whom we have lost touch.

Finally, we draw inspiration from the words of Louis Pasteur – “in the field of human observation, chance favours the prepared mind”. In the second half of life, we need to prepare our mind for new and different opportunities. Some of these may come completely out of the blue – like when Michael Ignatieff, a long-time academic, was offered the opportunity to lead a political party in his native Canada. His venture into politics did not end in triumph – but Ignatieff concluded that it was better to have tried than “to have lived a defensive life. A defensive life is not a life fully lived”.

Now in my late 50s, I have no desire to retire any time soon. In the last few years, I have changed jobs twice, undertaken a number of nonprofit roles, traveled widely, conducted an extensive research project, and written a book – on which this article is based. Like many of my contemporaries, I anticipate further chapters ahead, and I will continue to apply The Mosaic Principle as I approach each one.

Nick Lovegrove is the author of The Mosaic Principle: The Six Dimensions of a Successful Life and Career, published in the UK by Profile Books.