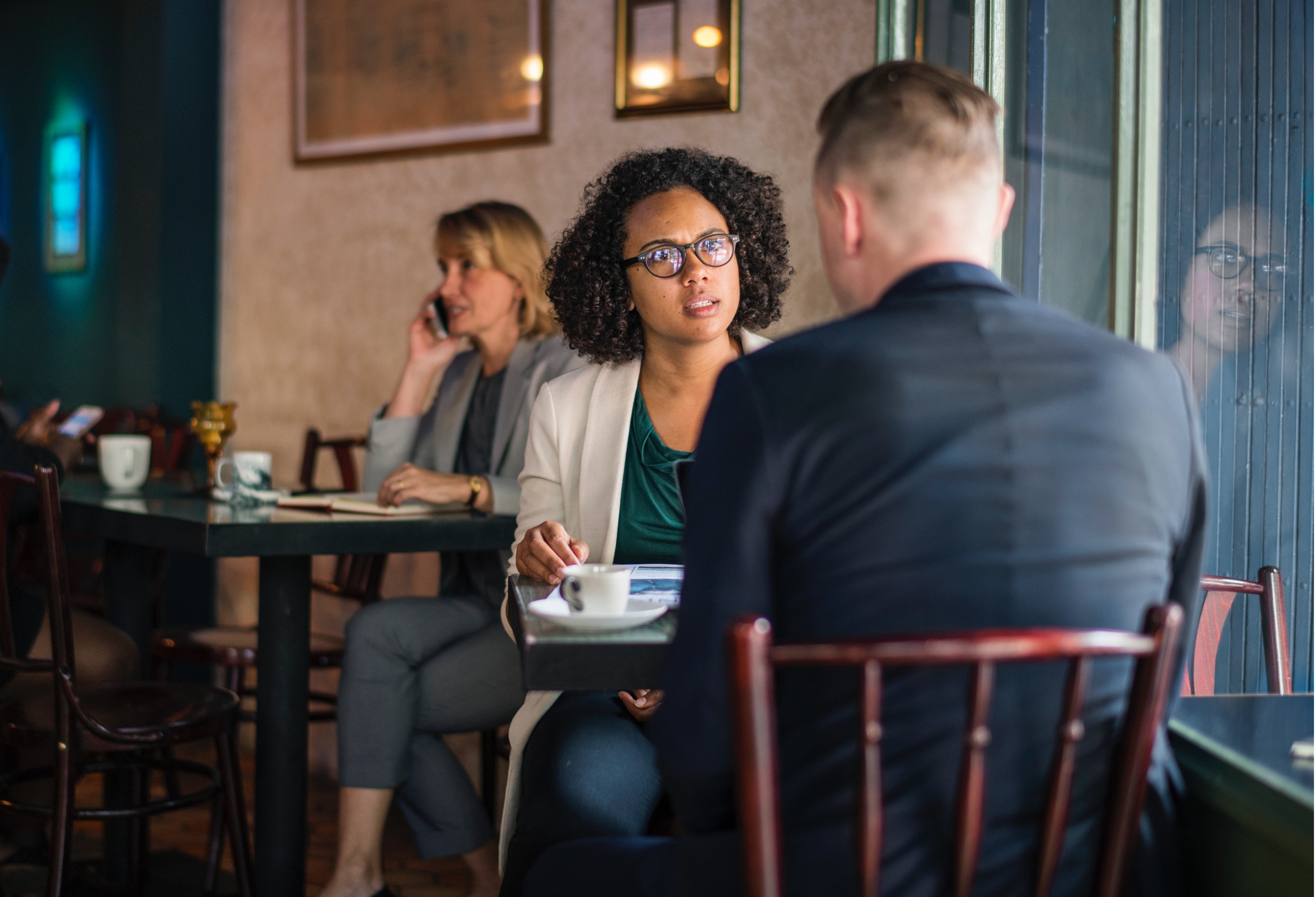 How Couples Can Stop Fighting Over Money

“We can’t stop fighting about money,” says Marni. “He thinks I’m a spendthrift, but I think he’s mean!” Marni and Jon are sitting, facing away from each other, in my therapy room. They are steaming with anger, as Jon has just uncovered credit card expenditure that Marni has hidden from him – until now.

“I trusted her,” says Jon angrily, “But how can I now I know she’s hidden stuff from me?” Marni cries. “I only hide it because you won’t let me spend what I want.”

Marni and Jon are at meltdown point. It’s their first session. They are three years into living together, and both work. However, he earns more, and they split the household bills equally and share the rent and utilities. What is clear: they have never spoken about money with each other, until now.

“I thought we were on the same page,” says Jon, grumpily, “But clearly we’re not.” Marni nods and says she finds it hard to talk about money, as they never did in her family.  Suddenly, we have a way in to how I can work with them…family patterns and assumptions about money.

When people fall in love, like Marni and Jon, they can make an assumption that the other person will understand them implicitly. When this comes to money, it can be a disaster. Right from the start – from the very first date – our attitudes to money begin to show.

Does the man pay the bill? Should he? Do the couple go Dutch? Does the higher earner pay? Does the one without children pay? It’s a money minefield.

That first date can set up all sorts of things: an assumption that one person is wealthier than the other, or that expenditure will go on credit cards. One woman told me that every time she went on a date with her prospective partner, he always forgot his wallet. When she eventually challenged him on date three, she discovered he had a wife and children, and was severely stretched. That ended her fantasy of Mr Perfect.

So, even on the first date, you need to set the tone. Try and get clear about who pays for what from the beginning. Best to split things until you are able to talk straight about money. Yet, many people believe they have to flash the cash to impress. Not so. It’s best to be honest, to be yourself and state what you can and cannot afford from the outset, thereby knocking a lot of disappointment and misunderstandings on the head.

We each of us gain ‘Money Patterns’ from our upbringings: from our class background, family of origin, heritage, gender expectations, and, of course, life experiences. What we believe is ‘right’ or ‘normal’ or ‘natural’ is often a ‘Money Pattern’ learned from parents or culture.

I had a couple visit me because the man, again, thought his partner was overspending. He said he spent only £30 a week on food, whereas she was spending well over £100. When we examined their situation, he was upper middle-class, and was buying a bottle of Sancerre and some caviar and nibbles, whereas his working-class partner was buying all the household essentials, such as toilet rolls, cleaning fluids and basic foods for meals she cooked at home.

When he revealed he was dining out most days and buying expensive take-aways, his expenditure far exceeded hers. It was just that he hadn’t faced it. Nor had they faced their class differences.

One thing I get clients to do is write down what they learned about money from their parents and families of origin. Was money spoken about or hidden? Were pennies put in jam jars or did Dad do the money accounts on a spreadsheet? Was money a source of arguments or did you see parents sorting out problems amicably and openly with each other?

Some families never borrow from a bank, only from relatives; while others only go to the bank. Some stuff money under mattresses and some spend what they have together and forget about tomorrow.

We learn these ‘Money Patterns’ and then we assume our partners or spouses will do exactly the same. So in relationships we need to understand who we are, as a Money Patterned person, and then find out who our partner is. Then negotiations can really begin.

As well as having Money Patterns, we also have Emotional Money Baggage. These are the beliefs and values you have, and also the life experiences, which will have shaped you. As half of marriages break down today, many people enter new relationships with maintenance payments, or the need to support children, or, of course, debt. If we are not honest and open about our Emotional Money Baggage, then our relationships can be weighed down from the start.

One thing I ask couples to do is to write a letter to each other, explaining how they see money (should it be saved, spent, enjoyed, given to charity, burned?) I also ask them to write down anything they may not have told their partner/spouse about: stocks and shares, inheritances, debts, windfalls, addictions, car loans, etc. Then share the letters with each other, and read them in private.

It is important then to see what they have in common. Sometimes both partners will have savings or stocks and shares, or even winnings, and don’t want to reveal them, in case their partner only wants them for their money. Sometimes people will have been hurt in past relationships and not feel they can trust their partner with the truth.

One couple I saw were filing for divorce. The man had told his wife she had to work throughout their 10-year marriage as they needed her income from part-time teaching. Even though she wanted to be at home with their sons, she worked. When he had an affair with his secretary, it came out (via the lawyers) that he had inherited a vast sum in the first year of their marriage, which he had salted away.

Luckily for the (furious) wife, the court made him share the inheritance. However, those precious years with her sons could not be recovered.

In relationships it’s very common to find that one person is a whizz with spreadsheeets, whilst the other can’t be bothered, and lives hand-to-mouth. As opposites can attract, people are often ‘chalk and cheese’ in their ways of dealing with money. This can be exciting at first, but can become wearing over time, as it can became of source of arguments.

If you are very different, it is even more important to start talking about money, and understanding how the other person sees it, from the outset. This means needing to be honest and open with each other. Even if you have a bad spending habit or a liking for betting online.

There are, of course, couples who are like each other, almost ‘mirror images’. This can mean that the relationship works well, as the couple work easily together on daily expenditure issues. Both make sandwiches for work, or save bonuses. However, it can mean that a relationship can become ‘risk averse’ and dull, or limited, as neither party challenges the other to splash out or take risks.

However, if couples strive to be honest and open with each other, then trust can build. Sometimes this takes time, especially if one person has come from an unhappy background where money was scarce or a source of strife and confusion. Sometimes people have difficulty with figures or numeracy, and hide their problem, hoping the other won’t notice. This is where some couples therapy can work wonders.

Seeing a therapist, as a third neutral party, can help ease the log jam of money rows. If a couple is in an antlers-locked position, or falling out over expenditure, taking time with a non-judgemental therapist can work wonders. It gives the relationship space to breathe, and a place to download all the disappointments, miscommunications and hurts.

In time a couple, even like Marni and Jon, can come to understand each other, and work towards a new way of doing things. It is important that money is talked about cleanly and with awareness, and not used as a weapon to beat each other.

If a couple earn different amounts, or have different levels of wealth, all of this needs taking into account, too. In time, couples can start to talk to each other calmly and clearly about money, and make plans that benefit them mutually.

More importantly, love can flourish once a couple feel that they can communicate well with each other. Falling in love does not mean that the other person understands everything without words. it means having to communicate who we are, and even about a touchy taboo subject, such as money.

The good news is that love will flow once a couple feel they know, respect and understand each other better and there are no more nasty surprises lurking in the back of the wardrobe or in the post. You can stop fighting about money once you understand money isn’t about money, rather, it’s a surface manifestation of everything else in your life.

Finally, putting their weapons down, Marni and Jon wrote to each other. Marni began to explain that she spent money on ‘stuff’ to feel better as she was struggling with depression. She started seeing a therapist herself, and her urge to splurge began to lessen and she got to grips with her mental state. Jon learned to be more emotionally supportive of Marni, and less judgemental, and agreed to loosen up and spend on nice ‘treats’ to cheer her up and trips away with each other. He even bought her flowers, something he hadn’t done before.

The psychology of money

How your attachment style affects your relationships