Is Brexit Bad For Your Anxiety?
Find a therapist
Find a coach
Join as a practitioner
Log in/register 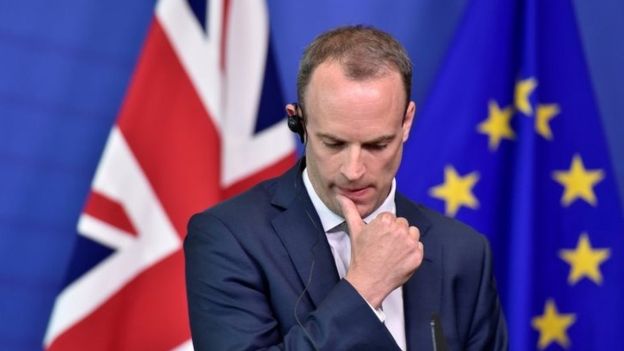 Is Brexit Bad For Your Anxiety?

When it comes to Brexit one thing that both Leavers and Remainers can agree on is that there has been a great deal of uncertainty. That might be around events in Westminster or Brussels; about the chance of agreement; about specific details; or about the eventual impact.

But leaving behind all the politics, and the arguments about whether Brexit will be bad for exports, employment, or the economy one thing is clear – Brexit has been bad for anxiety.

If we think of this form of anxiety as misplaced or misapplied problem-solving then it’s easier to understand the effect that the uncertainty around Brexit has had.

When we’re trying to solve a problem we’re creating different scenarios, and asking ‘what if?’ about all of them.  When applied properly to a problem this is great – it takes us in directions and produces solutions that we’d never expect.

Our effort to control the uncertainty by trying to assess all the options soon leads to over load and even more uncertainty.

What if you have a general sense of foreboding though?  How will Brexit be feeding that?

Firstly, the way that news is reported stokes our sense of ear.  That isn’t about bias in reporting, it’s about the 24 hour news cycle, where continual presence and reporting of the same information distorts our perceptions and leads to fear.

The news is also based on newsworthy events – or where events are lacking on newsworthy speculation.  By their very nature these are uncommon, but our inbuilt biases mean that we start to see these  potential threats as much more likely.  Fear or anxiety then lead us to seek out more threats just at the same time as they distort our reasoning and sense of perspective.

Consequently Brexit becomes part of the mood music of general anxiety, and part of the self-confirming belief that everything isn’t going to be all right.

Sealing yourself off from uncertainty, especially if it’s based on Brexit news, isn’t going to be very practical or achievable.  Which is a good thing, as avoidance only makes things worse.

Then start deliberately introducing uncertainty into your life.  Buy a sandwich or make a meal you’ve never eaten before.  Send an email or a Facebook comment without checking it first.  Next time you want reassurance from a friend make yourself wait at least five minutes before asking.  These might seem small steps but you don’t go into the gym and start lifting your own bodyweight from your first visit.

At the same time don’t lose touch with the bigger picture.  That doesn’t just mean getting perspective on events, but recognising how much that’s positive goes unreported or unnoticed.  Try practising gratitude, as well as self care.

And self-care is part of the bigger picture too – the right food, exercise, enough sleep, time spent with friends and in nature, interests that take you outside of yourself.  All of these are part of the putting that uncertainty into perspective, and giving yourself the mental resources to develop your tolerance of it.