When Anti-Depressants Didn't Work, I Tried Therapy
Find a therapist
Find a coach
Join as a practitioner
Log in/register 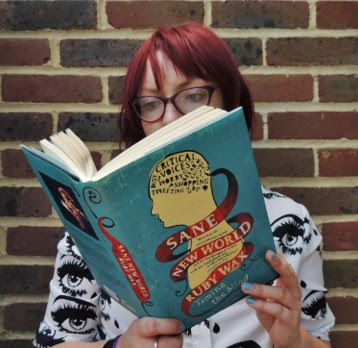 How Therapy Helped Me Deal with Treatment-Resistant Depression

Though I was diagnosed as clinically depressed in early 2007, it wasn't until 2014 that the term 'treatment-resistant' was used to categorise my depression. However, I don't have to look hard to see how accurate that name is. Every time I had a new talking therapy or a new type of anti-depressant, I honestly greeted it with hope and as much enthusiasm as I could muster, but nothing worked. The talking would continue with an awkward psychotherapist or a patronising online CBT course, the medication would move from SSRIs to SNRIs, and still the relief didn't come.

Whilst I had bad episodes, along with nervous breakdowns in 2011 and 2014, and took several tearful overdoses along the way, not a single day of respite came in between - just the dull consistent ache of tedious depressive tension. In fact, one counsellor suggested as much, when he said, "Maybe you just don't want to get better." But I did, and I still do. Someone who doesn't want to get better would surely avoid medication, talking therapy and trawling websites for advice - three things I put the most trust in. Whilst eventually finding the right combination of meds did help with the chemical side of things, finding the right therapy made a world of difference: first, with two years of insightful counselling, learning mantras like 'I have a choice', then working with a psychologist since 2014.

Meanwhile, in just under a year under the Community Mental Health Team, I never had a treatment plan or a care coordinator, and endured four weeks without intervention following an overdose, plus over a year's wait for Cognitive Behavioural Therapy. Respite, in the form of that brilliant private psychologist, came at just the right time, and she also insisted on referring me for an emergency psychiatric appointment when the NHS let me down.

My therapist wants the uncensored version of things, and nothing is dismissed as being trivial

Crucially, my psychologist genuinely listens and puts each tiny step of my recovery in context. I don't have to make polite conversation or add a false, upbeat tone to my voice; she just wants the uncensored version of things, and nothing is dismissed as being trivial. Together we've unpicked the long-held truisms that have underpinned my thinking - 'If I'm nice to people, they'll be nice to me'; 'Hard work always pays off'.

I vividly remember meeting a group of friends in a cafe, several months after my second breakdown in 2014. After being filled in on their lives, I tried to mention my treatment and the weeks of cringe-inducing outpatient groups. It wasn't as if I had any other news - the only outings I'd had were for prescriptions and appointments, or when I'd trail after my mother as though I was six years old and not 26. There'd also been a couple of emergency trips to A&E when the Crisis Team or the Mental Health Team didn't want to know. I wasn't going to launch into a monologue on what it feels like to attempt suicide, but I felt the need to tell my friends I wasn't 'fine'.

Once, twice, three times I gently introduced the topic of what the hell I'd been up to, but each time I was shut down and it was onto the next story about someone's work dramas, or someone else's boyfriend whisking them away for the weekend. I was then asked if I wanted to go to a party with them that evening - an event so out of my depth it was laughable. This was the first time I'd stepped outside without my family beside me in over six months; it had taken a monumental effort to wash, get dressed, brush my hair and wait outside a cafe for people I was sure wouldn't turn up, especially as so many people had become mysteriously 'too busy' to keep in contact or contemplate meeting over a cup of tea. I was feeling exhausted from high doses of medication and overwhelmed by the noise of everyday life. Could I stomach a room full of drunken strangers? Not quite.

I wasn't going to launch into a monologue on what it feels like to attempt suicide, but I felt the need to tell my friends I wasn't 'fine'

Speaking to my psychologist, incidents like these became achievements instead of failures. I'd somehow managed to walk on my own from the car park to the cafe where we met; I'd at least tried to speak about my health, instead of glossing over it. These were monumental moments in my recovery, and she made sure I acknowledged them.

My psychologist is chatty, warm and prone to swearing; so was my counsellor. I respond best to these qualities rather than the blank canvas of other therapists, but it really is about personal preference. Ultimately you have to feel comfortable enough to open up, and you'll instinctively know when you don't gel with a new therapist (a big clue is when you've silently begged for an emergency evacuation from the building).

A really effective therapy session goes past in the blink of an eye. Sometimes it's clearly structured, with exercises based on the issues raised in the previous session, but sometimes your own story sets the agenda for 50 minutes. Therapy can be exhausting, especially during a crisis, but it's strangely invigorating too. Please don't settle for a year-long CBT waiting list, or a counsellor who doesn't quite meet your needs - a little searching is all it takes and, however low your self-esteem might be, you'll never regret investing in your own health.

How therapy helped me understand my fear of rejection

Why are millennials coming to therapy?

Dolly Alderton: therapy was the best decision I made