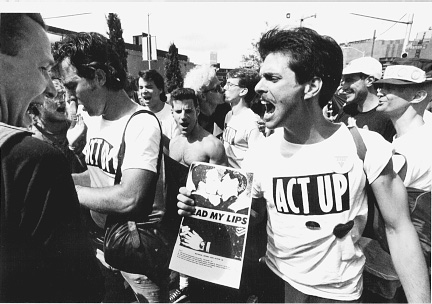 How Activists and Scientists Tamed AIDS

It is barely 20 years since scientists realised that with a cocktail of retroviral drugs they could render AIDS an illness that could be lived with, rather than the death sentence it had been up until that time. First discovered in the US where gay men were its victims from the late 1970s on, for nearly two decades it was a huge, shocking story; what’s shocking now is that so many of the rest of us have forgotten it ever happened.

This book, shortlisted for the Wellcome Book Prize 2017 is an exhaustive and compelling reminder. David France was a journalist for New York Native, the only gay magazine in the city at the time, so he had a ringside seat to the early devastation. By 1982 26.8 percent of gay men in New York had already been infected; in San Francisco the figure was close to half the gay male population.

There are heart-breaking stories of the hideous illnesses that got this mystery ailment the term “the gay plague”: Kaposi’s sarcoma, whose livid lesions clearly marked anyone affected; toxoplasmosis which turned young men into late-stage Alzheimer’s patients; pneumocystis carinii, which flooded your lungs until you drowned; cytomegalovirus, which led to blindness, and so on and on.

At first, the gay community and the doctors who treated them, were thrown into a tailspin of confusion, then anger. Their government, the scientific community, and pharmaceutical companies were marginalising them because of their sexual practices. Pulling together those who were affected and other members of the gay community was the only way to stop the onslaught, and get the help that would save lives.

This was the era of Ronald Reagan, the Moral Majority; it was only a decade or so since the establishment of the Gay Liberation Front. Many, many gay men were still closeted; those who’d come out were the cause of much condemnation in mainstream society. The New York Times only put an AIDS story on its front page after 600 people had died of the disease.

What makes the book so interesting – and a possible for the science/health-focused Wellcome Prize —is the story it tells of how activism and science came together. People with AIDS and their lovers, families, and friends became educated and articulate in the difficult and ever-changing field of medical research. They were not “patients” waiting to die; they were deeply involved.

Organised by ACT-UP (Aids Coalition to Unleash Power), TAG (Treatment Action Group) and AmFAR (American Foundation for AIDS Research), they also took up their placards and organised the kinds of marches and demonstrations that demanded their voices be heard. Finally, they were.

The peak of AIDS-related deaths in the US was 48,371 in 1996, and ever since it has dropped significantly.  There were however, even among the survivors, many casualties. France tells their individual stories with great sensitivity; I’m sure I won’t be the only reader to find themselves crying at the lives of these men who, when it seemed that no-one cared, pulled themselves together and came out fighting.