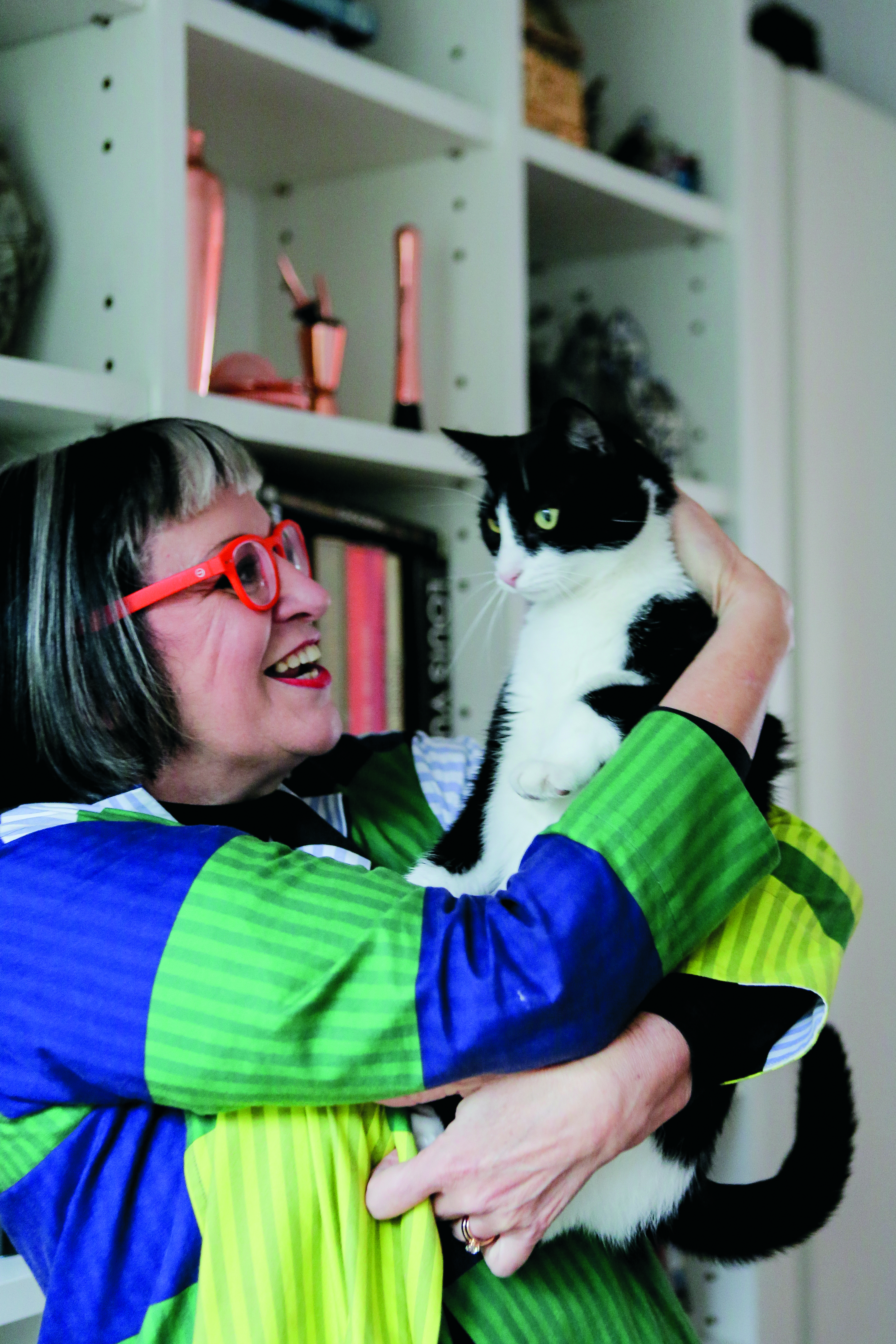 What You Can Learn from Philippa Perry's Best-Selling Parenting Book

Since the very beginning of welldoing.org, psychotherapist Philippa Perry has been a fan and a supporter, often writing posts and appearing in videos for this site. So we are specially pleased to see the runaway success of her new book about parenting, The Book You Wish Your Parents Had Read (and Your Children Will be Glad That You Did) published by Penguin Life.

This post is a preview of Philippa's interview with Louise Chunn for the bi-monthly magazine Planet Mindful, which is due out on March 21.

I was born in Wigan and grew up in Warrington. My parents were quite old-fashioned as far as parenting goes; they did what was done to them. They weren’t  bad people but they weren’t  sensitive. For example, we go on a lovely foreign holiday, because we’re well off. I have a room on my own, and a couple of waiters bang on my door all night asking to be let in. I phone my dad and his response was “Absolute nonsense! of course they’re not”. They wanted me to be happy, I knew that, but as a child and teenager I could never expect to be believed.

I was a very good girl, I never rebelled. I went to boarding school, then finishing school, then secretarial college in Oxford. So after the age of 10, I never lived at home except in the holidays. Then I started working for a firm of solicitors and one of the things we did was collecting bad debts. But the agent we used was useless, so I set up my own business. It was what you could call a private detective agency. I sold it after two years to the bloke I rented my office from.

I was always very interested in psychology. I did a psychology A-level at night school and when I went to art college in my late 20s, I studied art about psychology; anything but actually studying psychology!  Then I volunteered for The Samaritans. Looking back on this time, I realise I was experimenting, trying to find out whether it was safe to explore feelings. Listening to the brave people who phoned up, I found it was not only safe but beneficial. So I tried therapy myself, and from that I signed up for counselling training and then finally, at Metanoia Institute, psychotherapy training.

For several decades I practised as a psychotherapist, for the last 10 years as a private therapist. You learn from people all the time, it can’t help but expand your ability to learn about the human condition. I learnt from clients, and I continue to learn from people I meet. Taxi drivers are particularly good.

After being in a relationship with Grayson [her husband is artist and broadcaster, Grayson Perry] for five years we decided to have a baby; I was 35 when I had Flo. When I was pregnant I was aware that I wanted to do it differently from my parents. I did a huge amount of reading before I had Flo, and I felt even then that I probably would have a go at writing about parenting when I had done the whole thing.

One of the books that really stayed with me was Compassionate Childrearing by American psychotherapist Robert Firestone and it’s absolutely bloody amazing. He pointed out that in the West we tend to deaden our responses to our children so that we’re not stirred up by them. This really resonated with me and I have done a lot of work with this idea. When our children are at a similar stage to when we were feeling vulnerable stage, we fear opening the box to our memories, so instead we react angrily to them. It protects us from having to feel with our children.

What we need to do is relate with our children; not take them over and not ignore them, but listen to them, hear them. The world is different from the one we grew up in, but we can learn about the world as it is now through them and let them influence us. And if we do that they are far more likely to be influenced by us as they will have given them a model of how to be influenced. That’s what dialogue is.

I am 61, but I have still got within me the insecure girl who doesn’t think she is good enough, the angry person who never properly revolted in adolescence. I’m like a Russian doll, from baby up to a mature woman. But sometimes you can find me in the foetal position on the floor.

Why Empathy is Important in Parenting