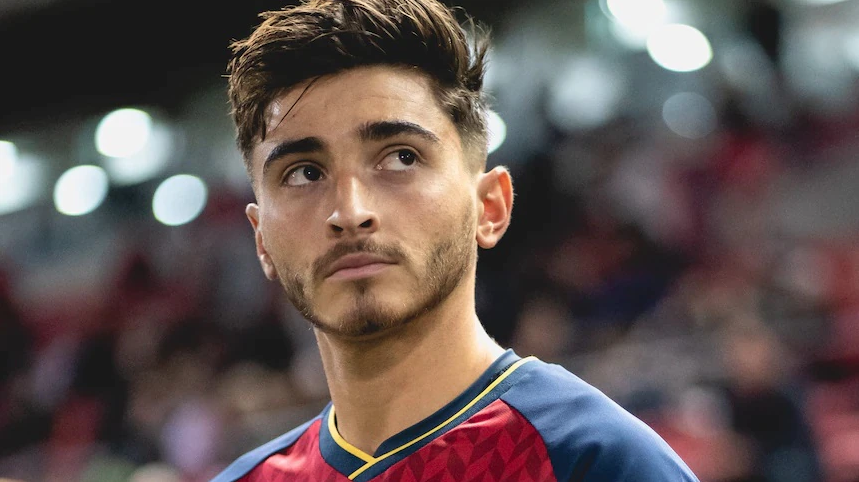 Josh Cavallo’s heartfelt, viral coming out video is a moving tale of the shame of growing up gay with the fear of rejection and the exhaustion of living a double life. Despite his fears, coming out, he says, has earned him more respect. Indeed, prominent football players and clubs have rallied behind him, and the story has been widely reported in the media, even on major news channels. “The response and support I have received has been immense.”

Cavallo is the first male professional player to come out whilst playing, which is remarkable in a sport where toxic masculinity and discrimination are rife. All of which is testament to recent developments in LGBTQ+ rights and celebrity visibility. No doubt this helped Josh find his own way to this remarkably brave act and himself becoming a major role model to LGBTQ+ youth aspiring to be themselves and be accepted for who they are in a world that largely models the opposite. He wonders why he’s been hiding this burden for so long. He wants to inspire. “It’s okay to be gay and play football.”

I can’t imagine what it might have meant to me to hear words like this from a professional sportsperson or anyone else for that matter when I was Josh’s age. I had no role models. Coming out was not an option. I hid my shameful secret. I felt alone. It took me decades to come to terms with my sexuality and to be myself openly.

It doesn’t feel so long ago that I remember weeping at the Human Rights Campaign’s hugely important Visibility Awards acceptance speeches of both Lana Wachowski (The Matrix) and Wentworth Miller (Prison Break), sharing about their suicide attempts as teenagers because they saw no hope of being in this world as they were, despite loving families. How, after their tough and closeted journeys to success, they had each decided to give up their hard-earned privacy and protectiveness to risk being publicly out so that some kid out there somewhere might not feel so desperately alone and despairing that they would want to take their own life.

This is what Josh Cavallo has done in the world of professional male sport. Remarkably, given how macho, how homophobic it is known to be. And yet his coming out story is a happy one. It is filled with love and understanding. It is encouraging and inspiring. It sets a wonderful example. He is young, he is brave. He is loved. This is what is notable, the support he has received from his family, friends, teammates, and coaches. We can tell from his emotion that it wasn’t easy for him. It is clear it took him some time to get to this point. He could never have done it alone.

Coming out can be a challenging process and different for everybody. You don’t just come out once but across your life, repeatedly, to different people in different environments, often selectively. You come out to yourself. But the reality of disclosure and visibility is an increased risk of a backlash of discrimination and abuse. Hate crimes have increased by 80% in the last decade along with freedoms. For many, coming out feels dangerous and risks rejection from friends or families, homelessness, or repercussions at work. Negotiating this process can be terrifying. Being able to reach out and ask for help is crucial. Mental health services can be life-altering in helping people navigate these unique challenges, like what to say and to whom, when to say it and how, what to anticipate and what to hope for.

At ELOP, the low-cost LGBTQ+ counselling service where I work, all therapists identify on the queer spectrum, an important visibility and disclosure in this context where clients can feel safe in the knowledge of a shared identification and, broadly speaking, experience of LGBTQ+ life and concerns. Clients bring a variety of issues, not just their sexuality or being out, but everyone has some experience of the effects of fear and shame on their mental health, how being marginalised and othered can weigh you down. At times we all need help to prevent us from being pulled under.

As Josh says, it’s exhausting, he doesn’t want anyone to go through that. And in his very public coming out, he’s no doubt helped countless people feel less alone, less conflicted, less afraid. Our collective coming out continues to progress, driven by the kind of mutual support that we as counsellors can bring to LGBTQ+ individuals to strive for the authenticity and freedom that would follow from a world that protects everyone equally, where there would be no need for anyone to come out. This is the value of Josh’s visibility, and ours, and it’s all that we can hope for: that others too can live their truth in whatever way is safe for them and to know that there is support out there if they need it.

Craig Schorn is a verified welldoing.org counsellor in London and online

Anti-LGBTQIA abuse and how to respond to it