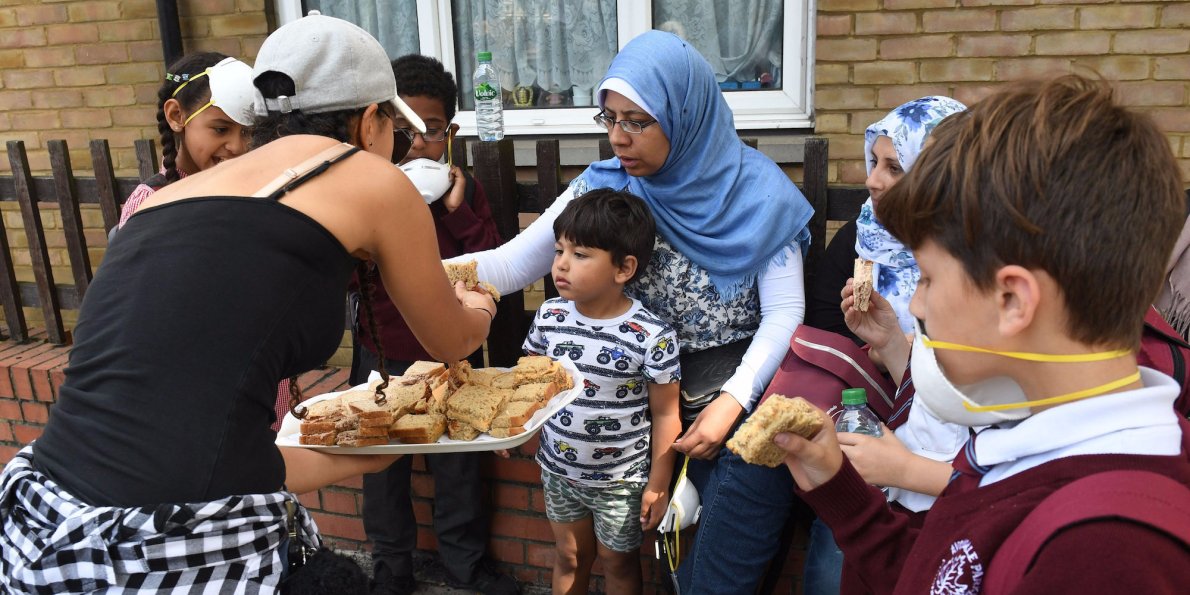 What I Learnt About Therapy from the Grenfell Tower Fire

I finally gave up on trying to go back to sleep at around 5.20am on Wednesday June 14. It looked like a beautiful day outside so, whilst still cursing the incessant buzz of helicopters that had robbed me of my sleep for most of the night, I decided to get up and make the most of the day.  I logged on to Twitter and saw the indelible image of an incandescent tower block.  My gut reaction: “This cannot be in the UK. This cannot be London.” Initially, I thought it was at least another part of London, some distant borough. Then I saw #northkensington trending and looked out my window and there it was – a steady stream of smoke smearing an otherwise clear blue sky.

Normally, ‘global’ tragedies happen at a ‘safe remove’. Living in the UK these past few months, that belief no longer seems to hold true. But, in a large metropolis such as London, something happening several postcodes away can seem as distant as if it were taking place in another city. This time it was different – I didn’t need to switch on the TV to see the huge impact of this devastating fire. It was quite literally on my doorstep.  I felt an urgency to do something, to help in some way – the usual routine of making an anonymous online donation seemed almost disrespectful.

As I read the reports, it became obvious that even the ‘lucky ones’ who survived had not only lost everything they had accumulated during their lives but had experienced a devastating trauma. To witness neighbours and loved ones having to jump for their lives, to hear the screams of those trapped, the impact of that is inconceivable for most of us.  I felt that if ever my counselling and therapeutic skills were needed it was now.

I made contact with a great charity that I used to work for in Notting Hill – HELP Counselling (which provides low cost counselling for the local community).  They told me that another local charity had been in touch with them – Nova New Opportunities  –  as  they had some staff members who were feeling very affected by the news of the fire. They asked if I could go and provide counselling support for the staff.

My initial thought was “but shouldn’t I be speaking to the actual survivors?” but I agreed to go. It seemed infinitely better than sitting at home, scrolling through increasingly upsetting news reports.  I biked up to Portobello Road.  It was an unbearably hot day, the air was tinged with smoke, traffic had ground to a standstill with diversions everywhere and sirens screaming.

At first, it felt like another country – a poorer, more remote one. But what I saw on almost like every corner, outside every church, mosque, community centre and temple bore testimony to a community far richer in real ‘human resources’ than I had ever had imagined. People of every creed, race, socio economic grouping and age coming together and mobilising to help – gathering toys, clothes, toiletries, sorting donations and dispatching food for the survivors.

Due to regular client commitments, I spent just a couple of hours at Nova. But within seconds my “shouldn’t I be working with the ‘real victims’?” thought was dispelled. The organisation is one that works year in year out providing new skills training to those economically marginalised within RBKC, indeed some of their students have come from Grenfell Tower. While the media’s attention quickly focus on the inequalities (quite rightly) that led to this fire, organisations such as Nova New Opportunities and Help are there all year round working in a very practical way to support the local community.

The next day Help sent me to a local crèche, again one of the pupils was missing and staff members were understandably distraught. It was extremely humbling to hear the tutors and teachers speak about their students, their work and their worries for people they knew who were missing. I felt very privileged to have been able to give some of my time to support them.

Challenging ungrounded anxieties and developing a sense of self-reliance in my clients have long been mainstays of how I work. The day after the Grenfell Tower fire, those cornerstones didn’t feel applicable in the counselling work I did up in Notting Hill.  For those directly affected – and those who witnessed the fire, what unrolled that night far outstripped the most extreme anxieties of my most anxious client.

I have never been so close – physically or emotionally – to such a tragic and horrific event.  It taught me a lot, not least about my own therapeutic ego. My desire to show people things from another perspective, to challenge preconceptions, to expand their idea of what’s possible, to make useful insights... none of that was useful in the aftermath of the Grenfell Fire.  All these familiar therapeutic manoeuvrings were redundant.  So what could I do? I asked myself that several times in my sessions as I listened to peoples stories of those missing – the personal details, the anecdotes – stuff you don’t get by listening to the news.

What I could do was listen, bear witness to the pain, the suffering, the anger, the extreme frustration, the love, the pride and the fear they were feeling. This is what psychotherapy is about.  Don’t get me wrong, it’s wonderful and an incredible privilege to support an individual’s growth, to witness their expansion as they shake off their conditioning to become truly who they really are. But even then, at the heart of therapy there must be a space for a person to fully express their wounding, their pain and for that to be given full expression without haste to find solutions.

I’m very happy to be part of a group of Welldoing therapists offering free support to the victims of Grenfell.