What Can Neuroscience Tell Us About Dementia?
Find a therapist
Find a coach
Join as a practitioner
Log in/register 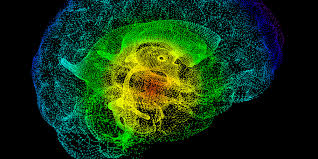 What Can Neuroscience Tell Us About Dementia?

In recent decades the sciences of the brain have been transformed by new technologies. These let researchers understand in unprecedented detail how brains change during dementia.

Since Alois Alzheimer's time, the gold standard for diagnosing dementia has been the pathological analysis of dissected brains, only possible after death. Now, however, neuroimaging methods like MRI and PET scanning allow researchers to study living brains. MRI can show not only which areas lose most tissue as dementia takes hold, but also how the connections between areas change, weakening brains' natural rhythms and hence their ability to pull together and make sense of information. PET can track brain proteins key to Alzheimer's and other dementias, such as amyloid-beta, tau, and alpha-synuclein. Neuroimaging can identify people who are at raised risk of developing dementia, years before they notice the problems which lead them to see a doctor.

Alongside the neuroimaging revolution, fast mass processing methods, powerful new computers, and the capacity to store massive amounts of data have opened up the study of the brain's biochemistry and genetics. Researchers can quickly and inexpensively assess how genes or proteins, or even fats in the blood, change before and during dementia. Research using stem cells, another recent innovation, is also providing much more realistic models of dementia. These can also be personally-tailored to individual patients, offering the hope of much more efficiently targeted treatments.

What have we learned from all this hard, complicated work? Too much for me to state here, or even in my book The Fragile Brain (Oxford University Press, November 2016). Instead, I'll highlight five broad conclusions of interest beyond the world of neuroscience.

It now seems that in dementia – and probably also in other degenerative brain disorders – something goes wrong with a certain type of brain protein, making it clump together. This forms first disruptive, cell-damaging fibrils, then solid deposits in or between brain cells. Such proteins include amyloid-beta and tau (in Alzheimer's), alpha-synuclein (in Parkinson's and Lewy body dementia) and prion protein (in CJD). People with large amyloid-beta deposits are at greater risk of getting Alzheimer's even if their cognition test scores are in the normal range. New treatments based on this "proteinopathy" hypothesis are currently being tested, and some are showing promise in clinical trials.

Detailed analysis of the brains of people with dementia has shown that small areas deep in the brain seem to suffer early damage. These "deep brain nuclei" are disproportionately influential because they send signals throughout the brain, using neurochemicals such as acetylcholine (ACh). They help brain cells coordinate and focus their activity, and alter their responsiveness to incoming signals (e.g. damping down brain activity during sleep).

The identification of ACh as important in dementia led researchers to ask whether long-term use of common drugs which suppress ACh – like tricyclic antidepressants and first-generation antihistamines – increased the risk of cognitive decline and dementia. They found that indeed, people who had used these medications more commonly were at higher risk of developing cognitive problems.

It used to be thought that the brain was protected by a layer of specialised cells – the blood-brain barrier – which barred the immune system from affecting it, except in uncommon situations like encephalitis, meningitis and advanced multiple sclerosis. We now know that isn't always true: brains are affected by immune changes such as inflammatory reactions. This is why both infections and surgery can make cognitive symptoms worse.

We also now know that brains have their own populations of immune cells, microglia, which are central to brain cell health. Microglia manage the synaptic connections which allow us to store memories and learn from experience. Overactive microglia, like overenthusiastic gardeners, prune too many synapses, cutting the strands which link thoughts together. And – unlike many gardeners – microglia seem to become more active as they age.

What makes microglia overactive? One big driver is bodily inflammation. Patients on long-term anti-inflammatory treatments seem to have less risk of developing Alzheimer's. People with brains affected by inflammation – as in schizophrenia, depression and perhaps severe childhood abuse – have a higher risk of dementia, as do people repeatedly hospitalised for infections.

Conclusion 4: dementia and the body

The immune system is not alone in affecting brain function. Malfunctions in other body systems, such as heart disease, high blood pressure and diabetes, also push up the risk of developing dementia; long-term treatment for diabetes or hypertension may lower it. For most people, making lifestyle changes such as healthier eating, relaxation or other stress-reduction methods, and more exercise may also reduce the risk, and perhaps even help patients already diagnosed – not least by helping them to feel that there is something they can do towards controlling their situation. What is good for the body is also good for the brain. (The exceptions involve rare, genetic forms of dementia, but even here there is some evidence that healthy lifestyles may slow the onset of the disease.)

Research suggests that the kinds of changes underlying dementia may start to build up many years before symptoms become apparent (some studies have found effects in childhood). This is one reason why many possible drugs are thought to have failed in clinical trials: by the time treatments began the damage was already being done. The long build-up reinforces the current medical emphasis on prevention, since intervening earlier might more effectively reduce the chance of getting dementia, and/or delay its onset.

Neuroscience cannot yet cure dementia. It can teach us much about who is most likely to fall ill, what they can do to lessen their chances of doing so, what is likely to worsen or improve their symptoms, and when – and at whom – to target treatments. Seeing dementia as a whole-body rather than just a brain disorder, moreover, suggests non-pharmacological ways of managing it. It also gives us hope of delaying, preventing, and one day curing this devastating illness.